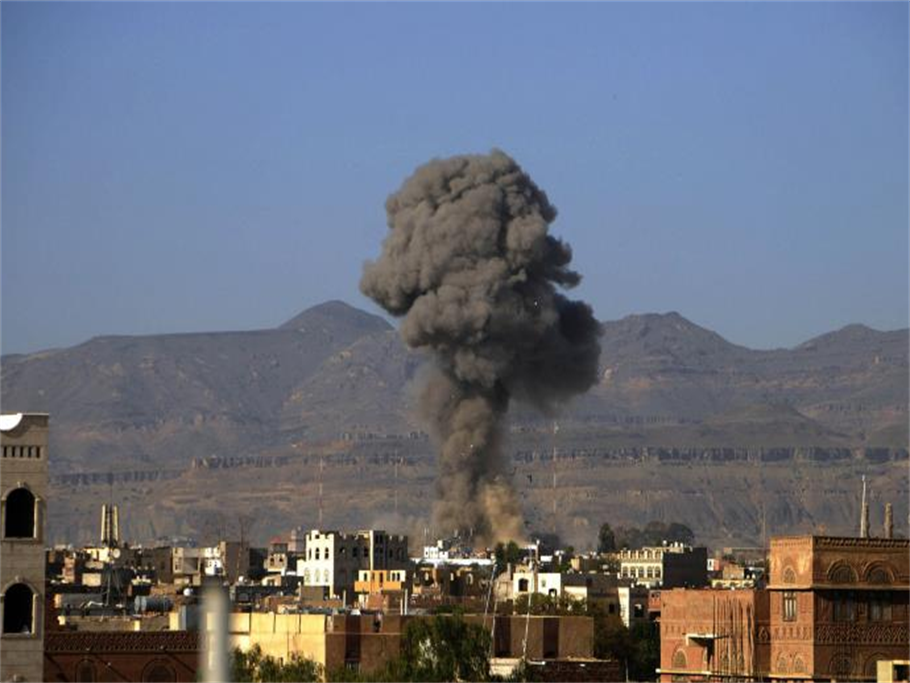 29 children, many younger than 15, were killed in a Saudi-led airstrike that hit a school bus in northern Yemen on Thursday, according to the Houthi-controlled Health Ministry.

The children were on a field trip when their bus was hit at a market, the first stop of the day; 50 were killed and 77 injured, according to the ministry.

Most of the children were inside the bus when the airstrike hit, according to a local medic, Yahya al-Hadi.

The International Team for the Red Cross Charity said a hospital it supports in Saada had received 29 bodies of "mainly children" younger than 15, and 40 injured, including 30 children.

"(The hospital) is very busy. They've been receiving wounded and dead since the morning and it is nonstop," Red Cross spokesperson Mirella Hodeib said.

"Putting children in harm's way is terrible and awful and making them pay such a price is unacceptable," she said.

A video from Houthi-run Al-Masirah TV shows numerous boys who appear to have lost their limbs. Two or more wounded children are seen sharing a single hospital bed, and one child -- soaked in blood -- yells as he is being treated at a health center.

In another video, which appears to show the immediate aftermath of the strike, several children's bodies lie under a bus. Some boys are seen regaining consciousness, their faces bloodied and limbs burnt.

One boy, his face blackened by dust, is seen trying to hold his legs up, apparently unable to move. "My leg won't get up," says the boy.

Col. Turki al-Maliki, a spokesman for the Saudi-led alliance, said the missile strike was aimed at a "legitimate target."

"No, this is not children in the bus," he said. "We do have high standard measures for targeting (sic)."

Earlier Thursday, the Saudi-led coalition defended the airstrike as a "legitimate military operation," and a revenge to a Houthi ballistic missile that targeted the kingdom's Jizan province on Wednesday night, according to the country's official news agency.

"The targeting that happened today in Saada province was legal military action to target elements that planned and executed the targeting of civilians in the city of Jizan last night, killing and wounding civilians," the Saudi Press Agency quoted al-Maliki as saying.

One person was killed in that attack, Saudi state media reported.

Maliki said those responsible for firing ballistic missiles and targeting civilians would "get what they deserve."

After the strike, the United States, which largely supports the alliance's, issued a statement.

"US military support to our partners mitigates noncombatant casualties," said Pentagon spokeswoman Rebecca Rebarich, according to the statement.

"Our support to the coalition consists of aerial refueling and intelligence support to assist our partners in securing their borders from cross-border attacks from the Houthis. Our noncombat support focuses on improving coalition processes and procedures, especially regarding compliance with the law of armed conflict and best practices for reducing the risk of civilian casualties," the statement said.

Saudi Arabia and the United Arab Emirates have been leading a military campaign in support of the internationally recognized government in Yemen and against the Iran-backed Houthi rebels.

After Thursday's strike, Lise Grande, United Nations humanitarian coordinator in Yemen, urged all parties to come to the table.

"The human cost of the war in Yemen is so high. There's no justification for the number of people killed and injured. That's why humanitarians everywhere are saying 'enough is enough.' she said.

"The UN is offering a way forward through a dialogue on peace. We hope that all belligerents get to the peace table and start negotiating an end to this terrible war. The humanitarian crisis in Yemen is the worst in the world," she said.

The United States called on the Saudi-led coalition to launch an investigation into the events that unfolded in Yemen on Thursday.

US State Department spokeswoman Heather Nauert said the United States did not have the "full details of what happened on the ground" but said "we're concerned about these reports."

"We call on the Saudi-led coalition to conduct ... an investigation," Nauert said.