MKTLIST.CA - Your Own Classified Platform for Property 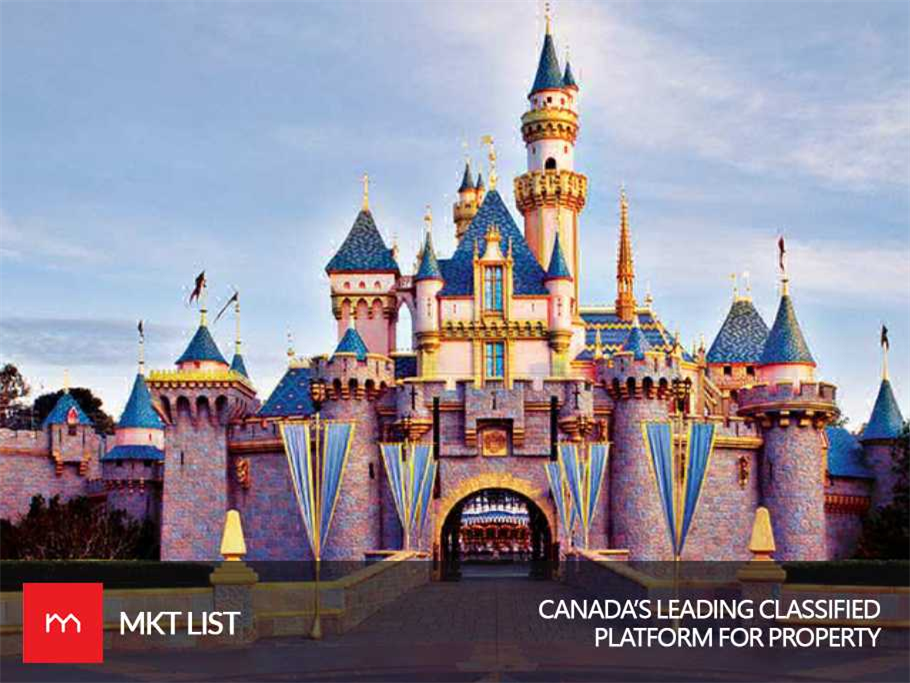 The Walt Disney Company announces some magic and fantasy to the north of the Toronto with its newest Disney theme park.

A press conference was held at Metro Toronto Convention Centre earlier on April 1st announcing that Toronto would be transformed into a global entertainment destination.

“Toronto Disney Resort” with the $6.5-billion attraction is paying more for the construction of Toronto Disneyland, a theme park on the area near Billy Bishop Toronto City Airport

The spaces around the airport will be used the authorities of the park and will change according to the structure of the park in collaboration with Disney.

Not only that, you can also stay in the hotel near the Disneyland and a better transportation management will be provided that connects island and downtown.

“Here in Toronto at this spectacular location, we are dreaming of something truly magical that not only showcases the best of Disney’s storytelling but also creates a one-of-a-kind destination that will delight and entertain people for generations to come,” said Bob Iger, chairman, and CEO of the Walt Disney Corporation.

“Everything we have learned from our six decades of exceeding expectations, along with our relentless innovation and famous creativity, will create a new destination that signals a new era for Disney theme parks.”

Well, Disney in the minority column with 48% share and the majority of 53% share will be of the Hiawatha Development Corporation which is a public-private group and it will be the major backbone of the project.

“We are incredibly excited about today’s announcement,” said Michael Rensie, the president and CEO of Hiawatha. “Disney theme parks are known throughout the world for extraordinary rides, shows, and unique experiences that are enjoyed by the entire family. We are proud to be a part of the growing family of Disney parks and resorts worldwide.”

Hiawatha’s contribution is $250 million from the federal and municipal partners and $2.88 billion cash is obtained from Oxford Properties, Kilmer Van Norstrand, and Instar AGF. The remaining shares will get from the provided land value.

Disney will provide $3.36 billion cash and will be the one controlling all the creative works.

“This partnership is a celebration of creativity, collaboration, commitment, and innovation, and a testament to Toronto’s growing place in the world,” Toronto Mayor John Tory said. “Disney’s choice of Toronto for the location of its next international theme park is certainly a vote of confidence in our city and our future by the world’s most prestigious and renowned entertainment company.”

“Toronto Disney Resort will be an extraordinary destination that will provide Toronto with its largest year-round tourism engine and create self-funded improvements to Toronto Islands’ attractions and resilience to flooding,” continued Tory.

This Disney Toronto theme park can occupy up to 45,000 guests marking an impression of the Magic Kingdom and Disneyland Anaheim. The total number of people working there will be 8,000 and 3,500 will be reserved for hotel and transportation operation.

After complete designs ideas and building panels with final approvals from the authorities, the construction would begin in 2022 and end in 2028 with an opening in the year’s summer.

This will add around $48.5 billion over the first 30 years to the economy of the city by opening 15,000 jobs during the construction period and 40,000 direct and indirect jobs after the opening.

Billy Bishop airport is going to stop, a much focus on increasing Toronto Pearson International Airport is being made as a mega-regional hub.

Here is the plan for its development:

Disney is anticipated to invest $475 million towards improvements over a five-year timeline. This includes:

Two hotels adjacent to the Disneyland park are proposed.

It was back in the 1880s to 1920s an amusement park with many rides and attractions such as a roller coaster, scenic railway, carousel, carnival games, a theatre, dance pavilion, and grandstand for larger live entertainment shows. Hopefully, this will soon be inaugurated again by the Toronto Disneyland.