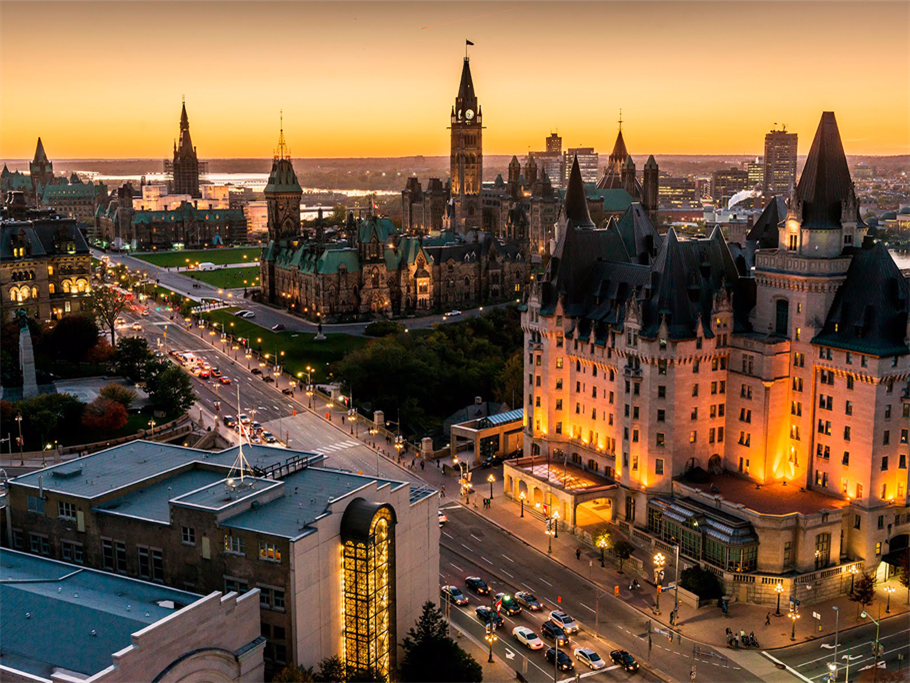 When suddenly the word ‘Canada’ pops up in my find, the first thing I remind myself is of their good people with sweet and calm nature. And I am sure everyone out there feels the same. Isn’t it the good thing that Canadians have a very amiable and down-to-earth personality? They seem friendly with everyone around them, belonging to different culture or cast, they accept people for who they are. Maybe that’s why visitors or immigrants never feel bad about Canada or Canadians. I bet no one can resist for loving people with such good qualities.

If you are an adventurous person and love to explore new things, then Canada is surely the place. It’s breathtaking places and heart throbbing monuments and buildings provide you a full packet of thrill and adventure, worthy of your time and money. The magnificent and stunning lakes of Muskoka (Ontario) can compel anyone who loves such thing. A recent study of National Geographic revealed that Muskoka has been the top tourist destination throughout the summer.

Apart from that, some important names of the world are also Canadian. True that being a Canadian also has some downsides. But isn’t it the part of other countries too? Of rather looking at the negativities, look at all the positive aspects that Canada brings you to.

People have some expectations from a country, they always want something from it, regardless of knowing that what they owe to their state. Well, how Canada fulfills the expectations, I have summed up 10 of the drastically unbelievable features of Canada that make it a darling state among other countries. Voila!

Seeing the state of America with Donald Trump, surely makes you feel blessed to have Justin Trudeau as a prime minister if you understand what my point is. Canada feels safe and sound after getting a high standard and intellectual leader. And it’s a good change after Stephen Harper era. Trudeau is really concerned about his people. His communication purely reveals that. His attitudes towards the change for the country, and how to go on with them, makes him a prominent politician. In short, he is not a man with hard-core personality.

On a ringing note of sadness, despite being a country from where the emergence of Hockey began, we can’t have a Stanley Cup for some time. Unfortunately, it is always America who get that. It is recorded that some of the very talented hockey players belong to Canada. Including our phenomenon players are the likes of Gretzky, Sakic, Toews, Stamkos and others. Hockey is full of Canadian talent. Hockey is yet a simple and easy game with no less entertainment, apart from America’s love for baseball.

Did you ever come across people who called you an orthodox? Well, it’s not a shame. Ask yourself if knowing your mistakes and apologizing isn’t a good thing, then what else is. Because it’s okay to be like that and when you can easily introduce yourself as a Canadian, people with good heart and friendship, it conquers all. At least, we don't belong to much big-headed stereotypes. So, shout out to all the Canadians!

One of the very good acts of Trudeau is the emphasis on banning the unauthorized use of marijuana. And it is hopefully supposed to be practiced in the coming years. Though lately, but people start understanding it after a legitimation in Colorado on marijuana. This act of concerned can change the face of Canada with a good luck. And it is expected that people start taking it as prescribed by the doctor for any medication, and not for just fun.

Just like other countries, Canada has its own unique taste to soothe your taste buds. True that people love eating ketchup chips from Lay’s, but there are other places and things also. Having a yummilicious chocolate and Timbits on freezing days of December can make your day just fit and fine.  And, I bet if you are a foodie, then you cannot stop yourself from trying these all at least for once. I have also heard that America fails to have a maple syrup (Oops!)

Everybody loves to enjoy the serene environment filled with cool and fresh air. That would be very hard if you live in a very crowded place with an unhygienic environment. But God bless Canada, there is no such difficulty here. We don’t have such issues to ponder over. 2011 study rated Canada on the 3rd cleanest country in the world. Apart from that, Whitehorse; a capital city of Yukon, has been ranked by Guinness Book of World record as a place where there is negligible air pollution on the whole planet.

If you are a fun-loving person and enjoy nature, then Canada is surely your home to be. As the hot wind starts spreading in the country, people pack their goods to visit different lakes. A 2013 report said that almost 3 million lakes are present in Canada, which is indeed a big number. About one-third of all the world’s water supply goes from Ontario. Nanaimo, B.C, has a forest with the big and 800 years old Fir trees, called “Cathedral Grove”. After a big shout of Olympics in 2010, everybody now knows about the extraordinary athletic peoples of Canada.

8. We are Hilariously Beautiful People:

A good laugh is always a cure for any frustration. If we are known as a people who have apologizing nature then we are also a people who can make you laugh till your stomach hurts. We have many comedians there in Hollywood who are representing Canada in a genre of comedy, in which include Seth Rogen, and Jay Baruchel. Our 80s and 90s comedian Jim Carrey, Mike Myers, and John Candy are our absolute pride. An included plus point in it is Lorne Michaels, who is the mastermind behind SNL.

Well, a good health conquers all. But when you get a disease in a country like Canada, an amazing design healthcare sector is there to help you. Even a simple appendix surgery in America cost a huge amount of $55,029.31! But in Canada you don’t have to worry about bills and huge fees of hospitals, rather you just be concerned for your health because in Canada a simple appendix removal won’t cause you a big fat envelop of money. It is simply a wow!

Poutine is yet another proud of Canada. If you have any doubt ask a Canadian to know how delicious they look and how mouth-watering they are. Traditionally it is made with gravy, fries, and cheese on top. But nowadays it also comforts your taste buds if taken with meat and egg. Though it is also available in other places also I am sure you would enjoy having it here. I am sure after reading it, all the foodie-Canadian start craving for it.

On a quick review, they are just a few things I have featured. Canada has many much things hidden in its chest that surely fascinate and captivate you. So, cheers to all Canadian out there!