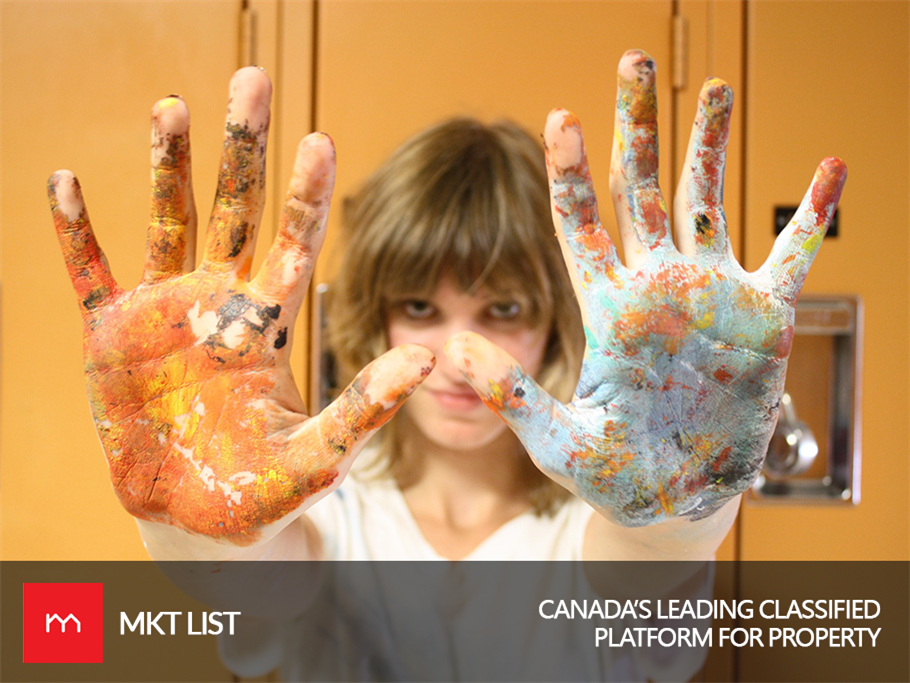 Are neat and clean people more intelligent? Is being a lazy person means you never get any success in life? Well, I can continue this debate for hours as I belong to the second category. Duh! Stay peaceful because I am not making you guys fight with each other upon such nonsense.

Other people suspect that messy persons are lazy, dull, rigid, and disorganized. Wait! Let me be clear. Yes, we messy people are ‘disorganized’ but there is something you so-called tidy people can never understand about us. Brace yourselves coz I am going to reveal some hidden talents of messy peoples. Don’t be jealous you all neat-freaks! This is not self-praise. It is the truth. Have you ever seen an artist working in an organized and well-settled studio? Never! An artist always feels free when he is in a disorderly area. He feels safe when he is stunned in his colors because you can never presume what’s in his mind at a moment (Here, his canvas and easel are not included in his messiness). So, messy peoples are somewhat like an artist. They are not seeing the things as clutter as normal persons do, but they seek opportunities and ideas in all the chaos and havoc. This messiness provides a connection between their new thoughts and designs. It creates a path for their creativity. It is like lightning-a-firecracker for them.

2.    ORGANIZING-THINGS HAVE A DIFFERENT MEANING FOR US: You know messy people are more flexible and stretchy as compare to neat and tidy peoples. They can easily adjust to every environment and place. They have their own style of organizing things which cannot be understood by a common man. They know exactly from where a particular thing can be found out. This mess is not a garbage for them, yet they feel alive in these clutters. I know it sounds crazy and dirty for all the clean mutants out there, but this is who the messy peoples really are. They can find exactly the right thing from the corner of their room or maybe under their bed, just in a quick way. And if you bring such peoples in an organized area, they will probably get their heads bouncing like a ping-pong ball. In literature and in history, it has been shown that artists, painters, writers, scientists, poets, and even chefs have their own shambles, and in doubt, they are the people who actually change the course of life. We, messy people, are the real fighter of the mess. Yes, you have seen the right words. They defeat the mess just like two opponents on a battlefield. They don’t let this mess overpower them, yet they feel fine with it. So, all in all, this habit can make them cool and calm on small issues. As for example, a mother finds it very difficult to clean the house because of her little children as they mess around, making everything disorganized. Soon, she ends up yelling and screaming at them, having no idea that it will mark another kind of impression on children’s innocent mind. Alison Carmen and a mother studied the same thing by placing some pieces of crumbs uncleaned on a kitchen table. The leftover crumbs allowed the mother to be grateful and thus she realized that making spaces in a situation is a good habit. Similarly, a messy person knows exactly how to react in different situations and circumstances. Overcoming the issues and conflicts in a great way without making it a matter of life and death, is what really matters.

4.    WE ARE EASY-GOING AND FLEXIBLE PEOPLES: Messy people flourish and prosper in turmoil and mayhem. They are adaptable to different circumstances. They can change their path to the changing conditions because it is in their blood. They are used to the disorderly environment. So, whenever there is something unpredictable, they can quickly change themselves. Their habit of creating a mess or unorganized lifestyle pay worth in their personal and professional life. As many companies are hiring those people who have such kind of habit because these people know how to handle everything in the worst situation. Regardless of organized peoples because these mutants have no idea how to react to a messy affair, they keep making a situation far more stressful and chaotic. On the other hand, messy people are capable of accomplishing new ideas in such unusual circumstances because they are very used to any such kind of madness. Well, this is the point I have been mentioning in above all the headings. And I am very pleased to say it again that some great ideas come from the mind of messy people. A research was done at the University of Minnesota regarding better ideas in an open environment and in a messy environment. This study reveals that people in a messy place are accompanied with far more better ideas than people in a clean environment. The researchers were overwhelmed by the discovery of other uses of ping-pong ball from a person in a messy environment. Though the discovery didn’t publish at all (God knows why). But it gives us a clue that messy and haphazard environment favors the people in thinking more and bringing some outstanding stuff and ideas. It means that messy environment is like an idea-generator and yes messy peoples are smarter than others. *Is there something burning?* Yes, it is exactly as it is. Being a messy person is totally an art. The clean mutants out there can never adopt it or perhaps they don’t want to adopt because they are too green-eyed on the messy peoples (wink). Maybe you have tried the ideas of cleaning up from Marie Kondo’s book but sadly you failed and ended up being messier. This time give a try to Jennifer McCartney’s book to bring joy and humor to your life. The way she expressed the life filled with the comfort of a messy person in her book called ‘The Joy of Leaving Your Shit All Over the Place’ is worth praising. This one surely goes for all the messy people here. The bliss and pleasure that come from disarray can only be realized by a messy person. It is kind of comfort to mess around your things here and there which a common neat and clean person finds senseless and irritating. In short, it is an art that no other person can avail of.

In the end, I need to say that I have no issues with neat-and-clean mutants. Oops! I mean neat-and-clean peoples. I am just saying that don’t disturb a messy person you have no idea what’s going on in their mind as they are ideas-developers. *wink-wink* Cheers to all messy peoples out there just like me!