A Sudden Wave of Despair Pass Across the Globe after the Humboldt Broncos Bus Crash! 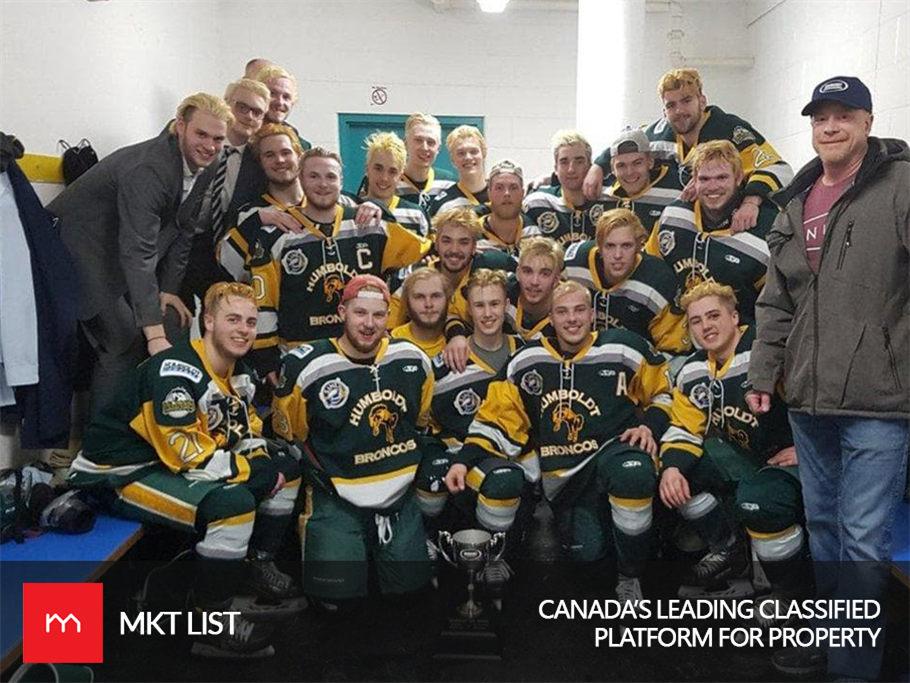 After a tragic accident of junior ice-hockey team bus that killed 15 people later this past week, people from across the globe have gathered to mourn with the city of Humboldt and showed their support.

The bus crash occurred in a place which is about 30 kilometers north of Tisdale in Saskatchewan, since then, the whole world has seemed to stand with the city and bereaved family of the dead people through social media platforms.

The condolences also have been shown from NHL commissioner Gary Bettman, Ellen DeGeneres, and US President Donald Trump.

A funding campaign namely GoFundMe, set up by the people of Humboldt, has been paid an amount more than $900,000, at the time of publishing, for the players and families cope of the bus crash.

People gathered near the center ice in the Saskatchewan town's rink and put flowers for the remembrance of those who have lost their lives. Family and friends of players tried not to shed tears as the prayers and hymns passed through their ears. 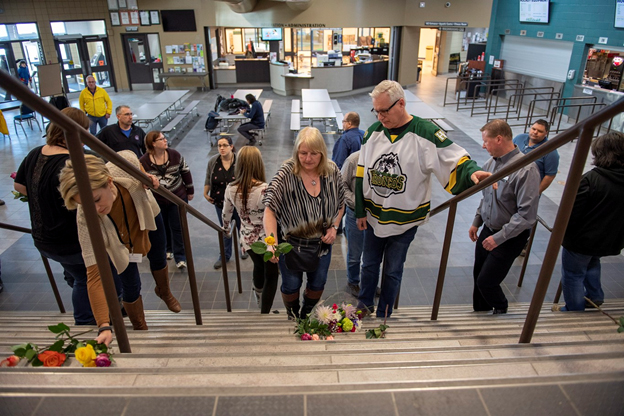 There were pictures of the dead and injured players on the stand near the town’s rink.

Nick Shumlanski has been successfully discharged from the hospital, the only fortunate one of the 14 injured, to attend the vigil in his white, green, and yellow team jersey with a scar near his left eye.

Team president Kevin Garinger supported the shock ones by his humble words.

"I want to say to all the Humboldt Broncos families, billets, coaching staff, teammates, classmates, teachers, friends, community members: Not one of us is alone in our grief,'' he said.

"Continue to reach out. Reach out to one another for help and support.''

He then read out loud the names of those who were injured or dead, and by doing so, he was already breaking his voice. 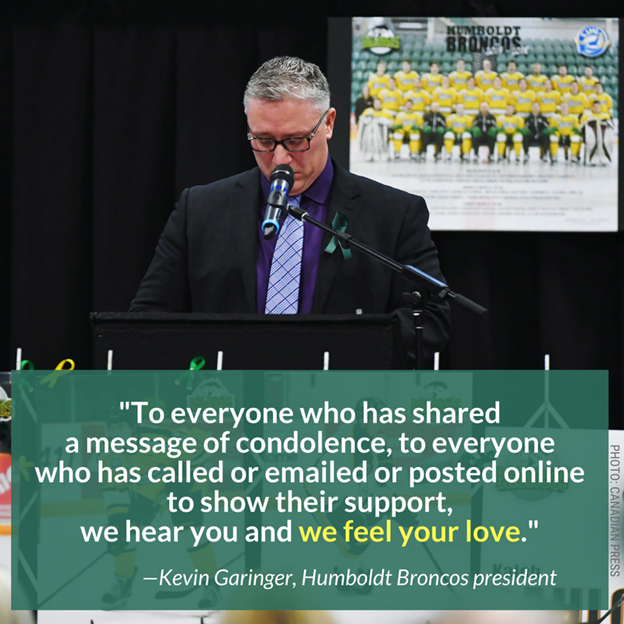 He also said thankful words for the Canadians and people who showed some respect and support.

"In all this darkness, a light has shone through," he said. "This light has come from the first responders, from the medical professionals, who have worked miracles and continue to work miracles for those members of our Broncos family. It comes from the remarkable community of Humboldt and the countless communities from across our country as people come together to offer their strength, their time and their kindness. This light has come from people across this globe reaching out to offer condolences and share a staggering level of generosity and support. This light will only grow in time. And in time the darkness will be less."

The vigil was scheduled on the same day on which Game 6 should be played against the Nipawin Hawks in the Humboldt arena. There was a moment of silence before the game began.

Trudeau also met the survivors of the crash in a Saskatoon hospital. 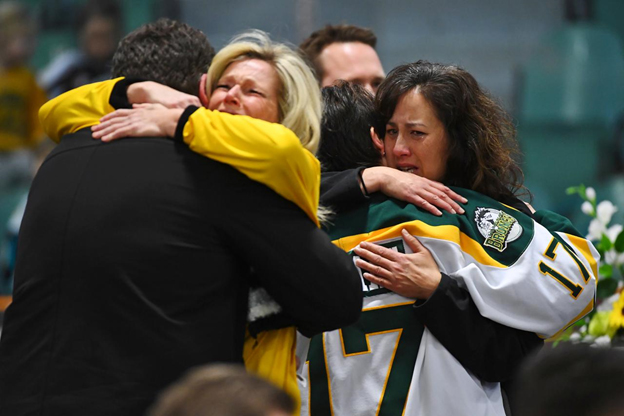 Family and friends also shared more stories Sunday of their memories of those lost and unbreakable bonds forged by a love of the hockey.

The grieved family and friends also shared stories about the ones lost; the bond they shared and the love they hold for the hockey.

In east-central Saskatchewan where the crash occurred, soon reopened to carry on the traffic on Sunday before 12 pm.

RCMP officers from Nipawin, Sask., also stopped by to lay on the flowers there. The team was going to Nipawin for a playoff game when the incident happened.

As the remnants of the incident have been removed from the site, there were some playing cards and a DVD of the film "Slap Shot'' was present in the ditch. The Hanson brothers, movie actors, shared their condolences on Twitter on the weekend and other celebrities did the same.

The Queen also issued a statement.

"Prince Philip and I were saddened to hear the word of the crash,'' she said. "Our thoughts and prayers are with those who have lost so much, with their families and with all Canadians who grieve with them at this difficult time.''