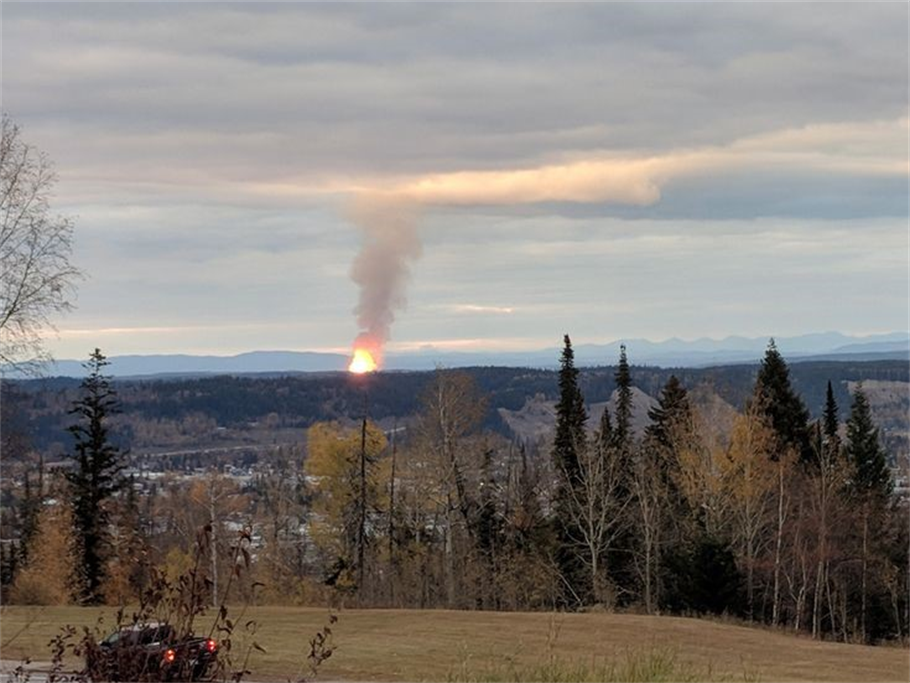 At about 5 pm Tuesday, an Enbridge pipeline exploded in Shelly, B.C., about 15 kilometers northeast of Prince George. Smoke from the explosion rose all the way up to an altitude of 10,000 feet. Following the explosion, about 100 people from the nearby Lheidli T'enneh First Nation were forced to leave their homes.

As a precaution, the police evacuated people within several kilometers of the explosion. Now the police have reduced the evacuated area to a 1-kilometer radius and residents of the northern B.C. community have started returning to their homes.

Fortunately, no casualties caused by the explosion have been reported as of yet. It seems the only thing that was damaged in the explosion was the pipeline itself. Investigations up until now have failed to pinpoint the exact cause of the sudden pipeline explosion. The gas supply has been shut down as a precaution for the time being.

National Energy Board spokesman Tom Neufeld said the fire was along Enbridge's Westcoast main line, which falls under the Transportation Safety Board's jurisdiction. NEB has stated that it will work with the board to investigate the explosion to make sure the disaster does not repeat itself in the future.

"NEB inspectors have been deployed to this area. They're going to monitor and oversee the company's response to the incident, and they're going to determine the impact and extent of the fire and release," Neufeld said.