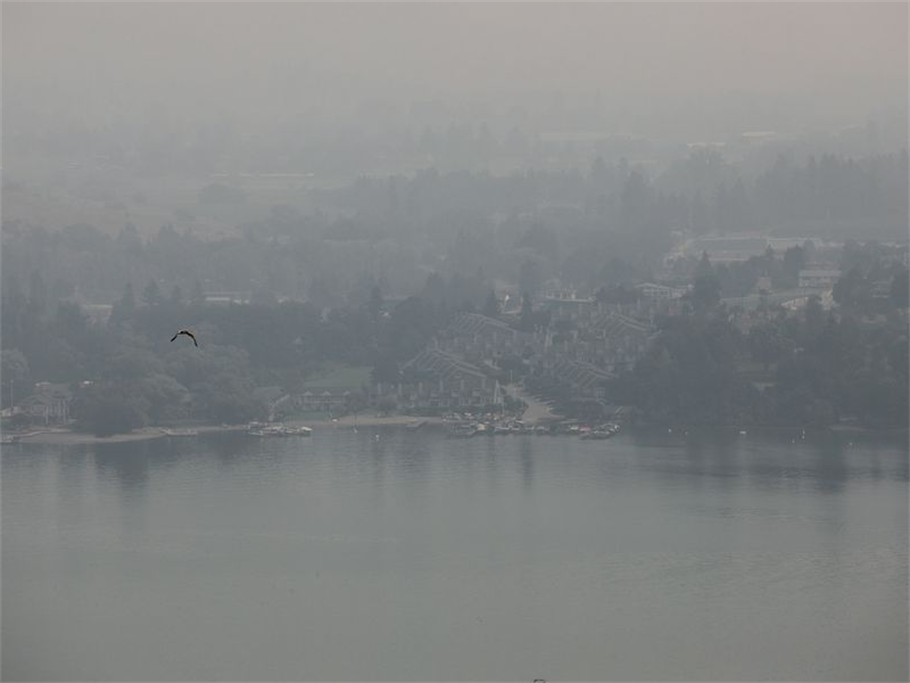 Calgary’s air quality index has been signified with high-risk levels by Environment Canada. The warning comes by as the city is seen to have put on dusky appearance, which actually is the wildfire smoke.

The Air Quality Health Index for the city was noted to be 7 (high risk) on Friday at 8 am.

According to the Environment Canada, the wildfire smoke will continue moving through the area, with its presence in southern Alberta and mountain parks from British Columbia, which will continue till Friday noon.

Thus, it has been advised by Environment Canada to people with breathing issues to stay in homes.

"Children and the elderly should also take it easy," the alert says.

"Individuals may experience symptoms such as increased coughing, throat irritation, headaches or shortness of breath. Children, seniors, and those with cardiovascular or lung disease, such as asthma, are especially at risk."

Owning to this weather, many of the programs in Calgary have been postponed or moved from outdoors to indoors.

The weather forecast showed a 14C with frequent rain, which is a great way to disperse the smoke.

British Columbia is experiencing 564 wildfires, of which 56 are mentioned as intense due to their size or proximity to damage structure and communities residing, per B.C. Wildfire Service.