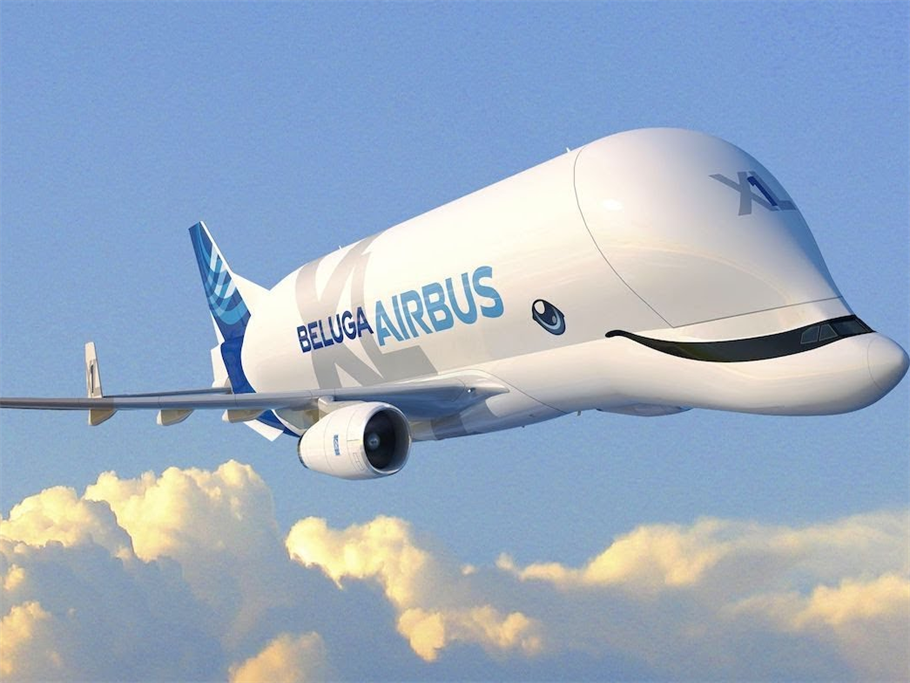 On Thursday, Airbus BelugaXL successfully took flight for the first time on the sky of southwest France. It’s a highly-modified version of the Airbus A330-200 jetliner and is largest aircraft in existence, six meters longer and one meter wider than its predecessor, the BelugaST transporter. 20,000 people voted for its paint job as "whale face".

Before plane started working commercially, it was on 10-month testing period and then took-off from Blagnac in Toulouse. Normally, Typically, the Beluga series has been used by Airbus to transport aircraft wings from factories to its assembly lines in Europe.

One wing factory is in North Wales at Hawarden airport for the large sized planes to land. Hawarden is also placing new blast fences and resurfacing its runway.

The aircraft represents its name Beluga Whale after new paint job done. Design was selected by poll of 20,000 people. Airbus said the aircraft is the first of five BelugaXL’s to enter service during 2019.