Anna Wintour Trolled Off for Her Guest Appearance at Wimbledon! 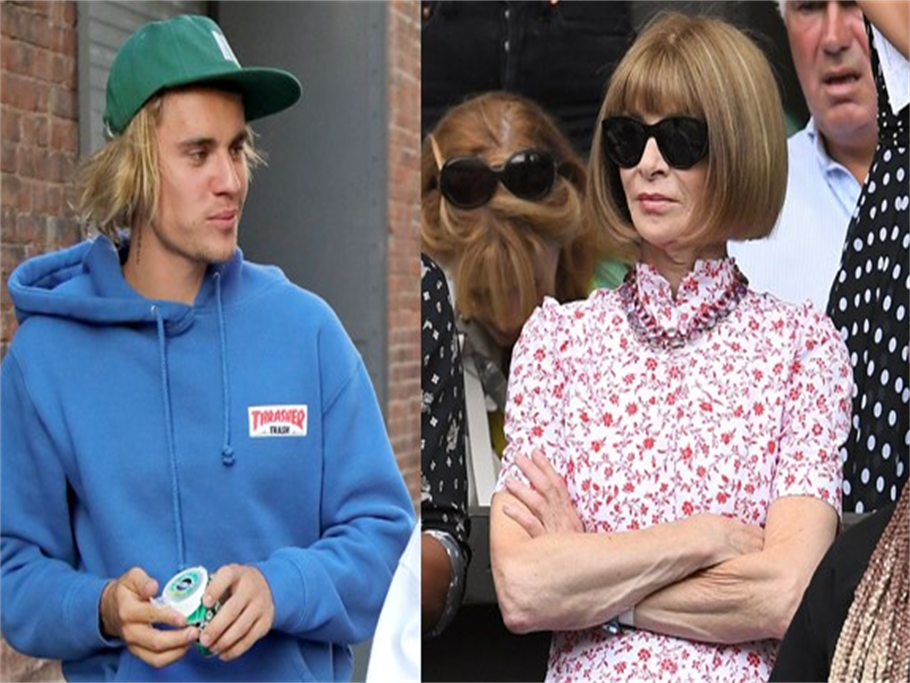 Even the celebrities can’t resist of rolling comments on each other. That’s what happened at Wimbledon!

The Canadian singer Justin Bieber of the music industry commented about Anna Wintour’s appearance on Saturday, July 14, while she was cheering up for Selena Williams alongside Lewis Hamilton.

The fashion diva and Vogue’s editor-in-chief covered her eyes with sun glasses and fastened her hands together giving an uneven smile. When the “let me love you “singer saw the image, He trolled on calling her a “Supervillain” who is on her journey to rule the world. While the other celebrities like Hamilton reacted with the two laughing face emoji’s as the comment was found to be extremely amusing.

The 24-year-old and Anna Wintour get along well with each other as he is apparently on a first-time basis with the most powerful women of the fashion industry though they have appeared in Zoolander 2 together, despite of this, Wintour praised Justin’s Met gala look and labelled it as her favourite look, this shows that they might have become friends on set.

Justin did not attend 2018 Met gala but his fiancée Hailey Baldwin was seen with Shawn Mendes as the dating couple. The event was chaired by Wintour, the Vogue editor in chief.