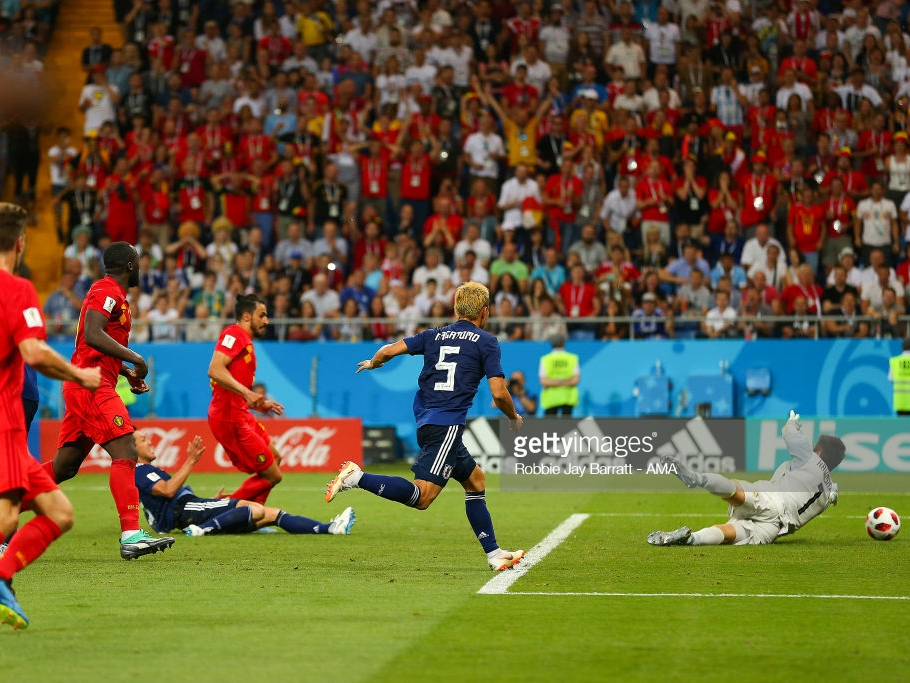 Brazil are the favourites to win this tie, but Mexico will not be an easy opponent to deal with. Brazil should be wary of Mexico's pace at which they break. They recently beat Germany in their group stage match.Mexico crash out of the tournament at the round-of-16 stage for the seventh time in a row. Once again there will be no fifth game for El Tri.Brazil secure their place in the quarter-finals for the seventh World Cup in a row thanks to second-half goals from Neymar and Roberto Firmino. The Selecao upped the ante in the second half to put Mexico under duress, and their quality in the final third was the difference between the two sides. Neymar was effective down the flank, while Willian also played his part in securing the victory. El Tri had early success, but ran out of ideas quickly as they failed to pose a threat in the second period.

Match of the tournament so far. Belgium havesecured a date against Brazil in the quarter-finals, while Japan can return home with their heads held high. We may have just seen one of the best World Cup games of all time!What a game. Japan looked set for another stunning World Cup shock as they stormed into a 2-0 leada at the start of the second half but Belgium rallied superbly Roberto Martinez made the changesn necessary and got the result he wanted. Heartbreak forJapan, who were superb, and they fall at the round-of-16stage again.