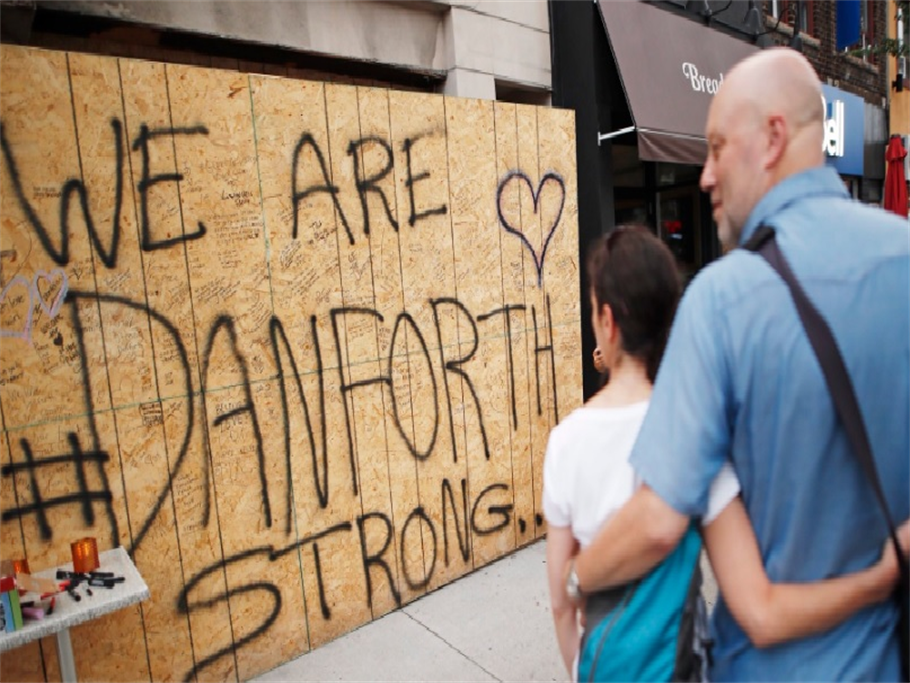 In the wake of a mass shooting that left two people dead and 13 others injured in Toronto’s Danforth neighbourhood Sunday night, people from all over Toronto are creating memorials as well as raising funds to help the victims.

The shooting happened near Danforth avenues, on Sunday after 10 p.m. when a 29-year-old man ,start firing at several groups of people as he made his way down Danforth Avenue. An 18-year-old woman and a 10-year-old girl were killed.

On Monday after extended investigation by Ontario's police watchdog & the Special Investigations Unit (SIU) release assailant identity as Faisal Hussain on Monday evening, hours after investigators say the 29-year-old Toronto resident opened fire on a Danforth Avenue in an attack that has left the country in shock

Hussain’s family also expressed their condolences to those suffering on account of what they described as “our son’s horrific actions,” adding that they were “utterly devastated” by the news.

Here is the entire statement from Hussain's family:

"We are at a terrible loss for words but we must speak out to express our deepest condolences to the families who are now suffering on account of our son's horrific actions.

"We are utterly devastated by the incomprehensible news that our son was responsible for the senseless violence and loss of life that took place on the Danforth.

"Our son had severe mental health challenges, struggling with psychosis and depression his entire life. The interventions of professionals were unsuccessful. Medications and therapy were unable to treat him. While we did our best to seek help for him throughout his life of struggle and pain, we could never imagine that this would be his devastating and destructive end.

"Our hearts are in pieces for the victims and for our city as we all come to grips with this terrible tragedy. We will mourn those who were lost for the rest of our lives."