Did you know? 14 Times the Simpsons Actually Foretold the Future! 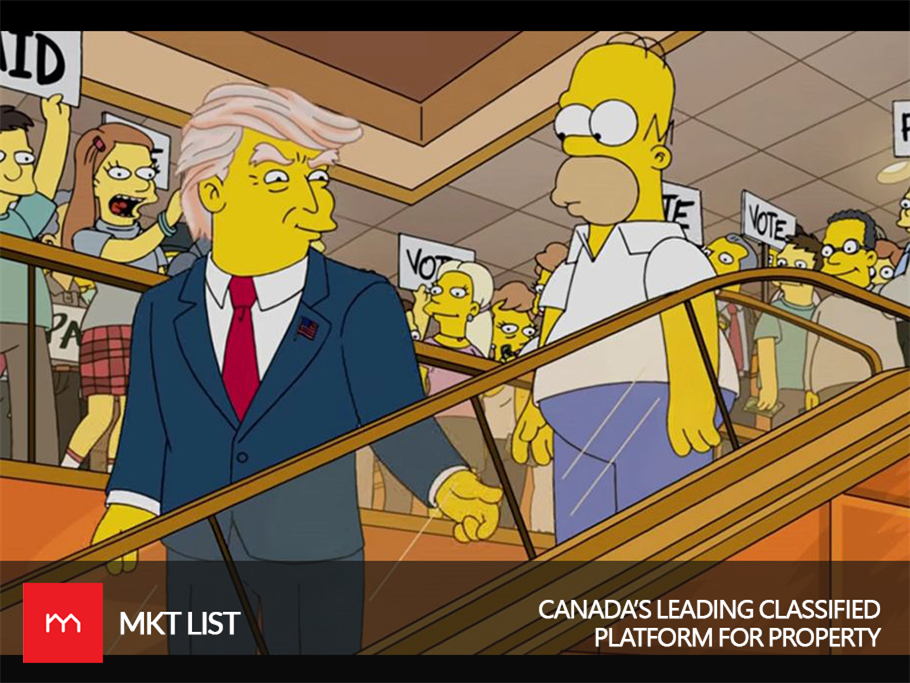 The American sitcom which has been running since 1989 is on its 29th season airing on a TV. This phenomenal cartoonish series has its episodes over 600 and is recognized as one of the best humorous and ironic series with political sarcasm, pop culture, and family life. The animated program is known to be America’s longest-running TV sitcom.

The things that matters here is the creator of the series, Matt Groening, along with his squad, besides being the country’s cultural pulse, have also been able to predict the future and made The Simpsons acted like a Clairvoyant. I don’t know how but the team actually was the one who predicted about some of the major historical events along with less important ones.

Why not check the 14 fortune-teller moments in the history of The Simpsons? Season 5, Episode 10: $pringfield (Or, How I Learned to Stop Worrying and Love Legalized Gambling)

In this episode, Springfield makes gambling as a legal act. When this decision has been made, Mr. Burns starts his casino where German magician Gunter and Ernst show their performances, kind of a parody of Las Vegas’s Siegfried and Roy show. The two animated partners during their act attack by their wild tiger. This very moment happens in real life in 2003 when Roy Horn was clawed by a White Bengal Tiger which caused him a lifetime partial paralysis, making him said goodbye to his career. Dolph makes her memo in a Springfield Elementary School assembly when Kearney asks her to do so, to “Beat up Martin” on his “Newton” (It was Apple’s first instinct towards a personal digital assistant). Despite the actual statement, the machine interprets “Eat up Martha” which is just like errors in iPhone’s autocorrect technology while messaging.

This made Nitin Ganatra, Apple’s former director of engineering for iOS applications to took steps towards the iPhone’s keyboard. He said, “If you heard people talking and they used the words ‘Eat up Martha,’ it was basically a reference to the fact that we needed to nail the keyboard. We needed to make sure the text input works on this thing, otherwise, ‘Here comes the Eat up Marthas.'” In this technological episode, Lisa tells Marge about her phone’s advancement and capabilities during a video chat. This prediction came into existence in 2010 by the name of FaceTime in iPhones after 15 years. In the 4th episode of season 20, Homer, during 2008 presidential election, wants to vote Barack Obama in the face of John McCain when he tries to record his vote in this voting machine as John McCain. This event came true in 2012 presidential election when a video footage showed Pennsylvania’s voting machine exchanging votes for Obama into his opponent Mitt Romney. The machine was then halted forever. Physicists weren’t aware of the Higgs boson or God Particle until 2012. This episode shows this subatomic particle as the basis of everything’s mass in this universe. The author of The Simpsons and their Mathematical Secrets, Dr. Simon Singh predicted such thing when Homer decides to pursue his career as an inventor on “The Wizard of Evergreen Terrace” while writing some equations on the blackboard for the discovery of that thing. Edward Snowden did the government mass investigation of Americans’ phone and Internet records in 2013 but The Simpsons showed this in 2007 when the Simpsons family has to hide somewhere to protect themselves from the EPA biodome camouflaging Springfield and NSA, somehow, knows where the Marge and the Kids are by listening to their conversation. In renaissance fair knows from a fortune-teller that in 2010 (15 years from 1995) there would be a wristwatch communication technology. This brought the development of modern voice recognition-enabled smartwatches in 2014. In the 9th episode of the third installment of the series, Bart is so depressed and to overcome his depression, Marge suggests him a book named Curious George and the Ebola Virus. In 2014, Ebola Virus erupted in America and a video of a YouTube user Thecontroversy7 showed some evidence and theories in correlation with what The Simpson predicted. Season 25, Episode 16: You Don’t Have to Live Like a Referee

Homer isn’t an official member of the FIFA federation but he is asked to do something to change the face of the organization in a positive manner and then he gets arrested. It wasn’t 100% similar to the actual event but kind of same when some of the FIFA officials were caught in charges of doing corruption in 2015. The prediction in the episode about the winning of Germany over Brazil came true in 2014 World Cup.

In this episode, Homer is invited to play a part as a guest commentator on some cable news show called Head Butt and during that, a flash line appears on the screen’s bottom on which written, is, “Europe puts Greece on eBay.”

After three years, Greece came into a heavy economic crisis, when the country dirt up its face as the developed country because of nonpayment of some International Monetary Fund. Bengt Holmström won a Nobel Prize in 2016 in Economics, but The Simpsons predicted it in 2010. In this episode, Martin shows a scorecard on which there are different opponents for the Nobel Prize-winning, including Lisa, Milhouse, and Database. In one column written the name of the MIT professor. In 2000, Bart shows the future of Lisa as a president of the country. She is the predecessor of Donald Trump with “quite a budget crunch.” In a scene, she asks her advisors, “The country is broke? How can that be?”

After a successful 16 years, Donald Trump became the president of America. In 2016, writer Dan Greaney said that the joke was to warn the citizens. He said in an interview with The Hollywood Reporter, “That just seemed like the logical last stop before hitting bottom. It was pitched because it was consistent with the vision of America going insane.” Lady Gaga, in 2017, descended down from the roof of Houston’s NRG Stadium for her performance in the halftime show of Super Bowl LI in a silver costume. But the same happens in the 22nd episode of season 23 when a performer entertains the people of Springfield in the same way by flying in the air with a rope wearing the similar color dress as of the Monster Gaga’s. Season 10, Episode 5: When You Dish Upon A Star

Director Ron Howard grounded a scene in the 5th episode of season 10 when Homer gets back from a trip to Springfield and writes to a producer of 20th Century Fox, Brian Glazer. The scene shows a sign near the Fox Studio which clearly indicates “A Division of Walt Disney Co.”

At the end, besides my love for the cartoon, I don’t like The Simpsons. Oops!