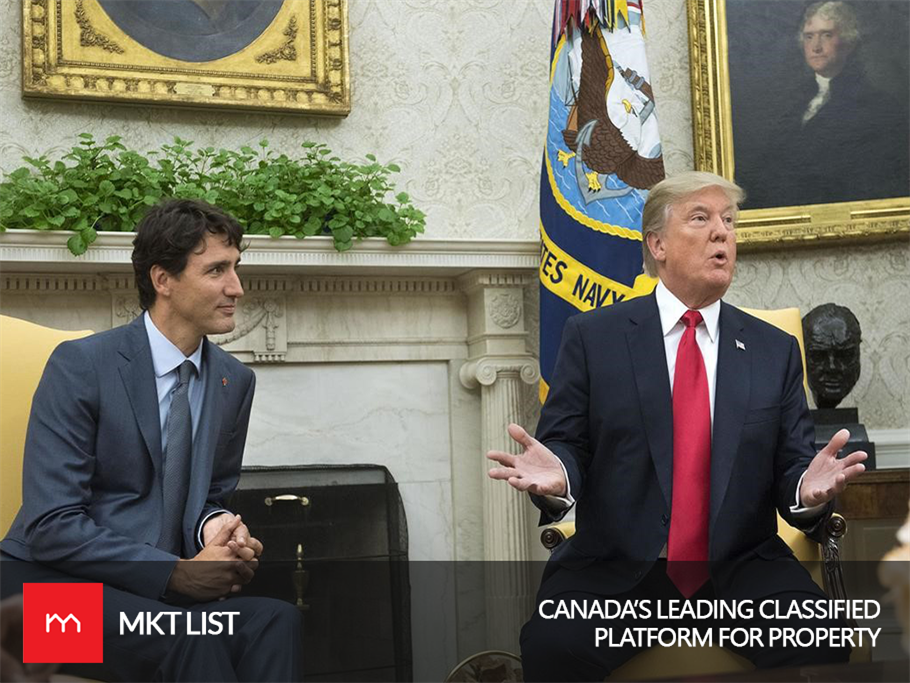 Donald Trump discussions with other Presidents are no more confidential. The 45th President of the United States has a very sarcastic way of talking sometimes. This time, his meeting with Trudeau becomes the burning heat.

Recently, Donald Trump had a “testy” discussion with Justin Trudeau over the forcing of the steel and aluminum tariffs by the Trump Government. According to CNN, Trump mocked over Justin Trudeau question by responding “Didn’t you guys burn down the White House?” It was a wrong time for such historical reference to the war of 1812. Because it wasn’t the Canadians who did that, the British troops burned down the White House during the War of 1812.

Donald Trump is worried about the American’s national security and in order to protect it, he is imposing steel and aluminum tariffs on Canada, Mexico, and Europe. National security is really important to see the economy in better shape. To save America’s domestic production capacity, it is essential to conserve the production of goods in the home country.

Whether the remark was a joke or not, CNN said, “To the degree one can ever take what is said as a joke. The impact on Canada and ultimately on workers in the U.S. won’t be a laughing matter.”

On the other hand, Canadian official representatives grab the opportunity to shout out and turned out to be the voice of the public and expressing the public resentment for being called a threat to America’s public safety.

Trudeau said, “We have to believe that at some point their common sense will prevail. But we see no sign of that in this action today by the US administration.”

“The idea that we are somehow a national security threat to the United States is, quite frankly, insulting and unacceptable,” Trudeau told NBC’s Chuck Todd.

Canadian Minister of Foreign Affairs, Chrystia Freeland, a former business journalist who certainly understands what’s actually going on, made similar comments to CNN: “And I would just say to all of Canada’s American friends—and there are so many— seriously? Do you really believe that Canada, that your NATO allies, represent a national security threat to you?”

She further mentioned nobody agrees with Trump statement and it is actually destroying our national security.