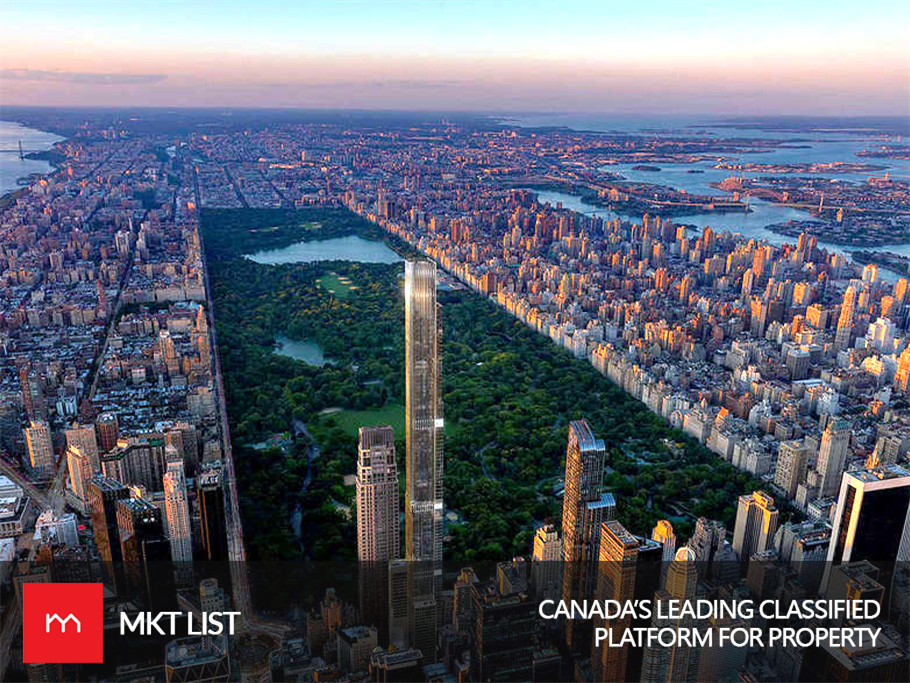 Extell, the biggest developer of luxury condos is nearing the construction of the tallest residential building in Manhattan. It is said to exceed to 1550 feet of height and is named after New York’s grand park. The financing package costs up to $1.135 billion, construction loan was $900 million led by J.P Morgan while another $235 million were funded. The super-luxury tower at the corner of West 57th Street and Columbus Circle is defeating all the previous records, ranking up to the most expensive condo in New York ranging more than $4 billion.

As per reported by Mansion Global, the price is set to hit $7000 per square foot this year. Moreover, Extell has planned to extend it to 179 units pulling the budget over to $22 million per unit. Another building is expected to be completed by 2019 which will be having 131 luxurious floors. Central Park Tower will also have the highest elevated private club in the city.

This super-tall building designed by Adrian Smith and Gordon Gill will beat the very tall Burj Khalifa of Dubai and the Kingdom Tower of KSA.

“New York City has never known a supertall tower of this caliber and we are pleased to have our institutional partners on board to deliver a product that will be truly exceptional,” mentioned by Gary Barnett, who is the president and founder of the development company. Extell is developing the building with SMI USA, the U.S. subsidiary of Shanghai Municipal Investment.

For insights on property, keep visiting MKTLIST – The leading classified marketplace for property in Canada.