Five Small and Historic Canadian Towns That Are Worth to Visit! 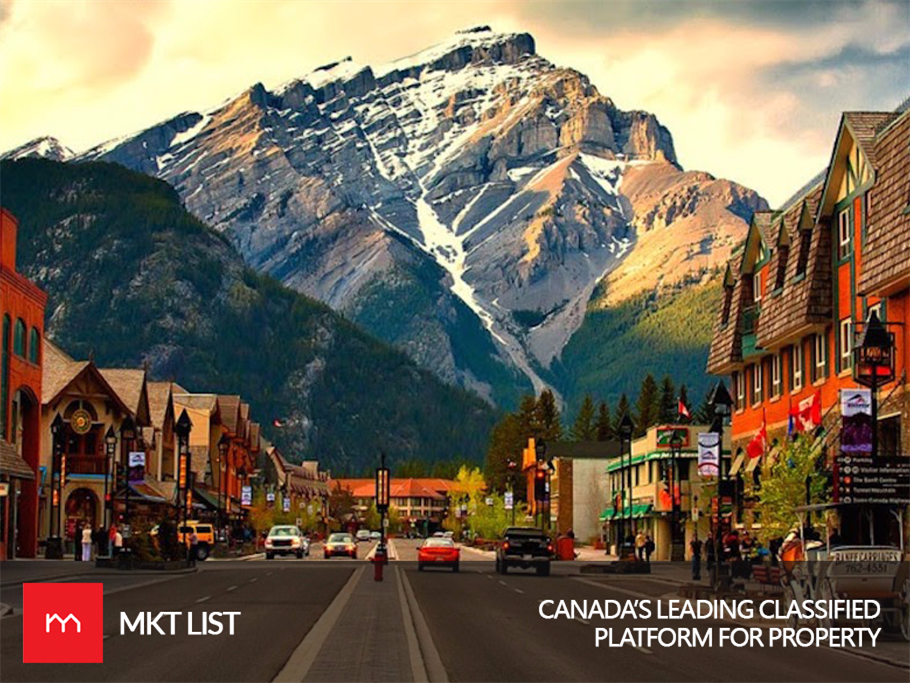 There is no doubt that Canada has so much to offer from its big cities like Vancouver, Toronto and Montreal to iconic spots like the Rockies and Niagara Falls. But it is also rich when it comes to small towns that are worth considering for tourism. Situated in the western part of Annapolis County, Nova Scotia, Canada, Annapolis Royal formerly known as Annapolis. According to the 2016 Census of Population held by Statistics Canada, the total population in the town of Annapolis Royal is 491 with a land area of 2.04 km2 (0.79 sq mi).

It is a beautiful and pleasant waterfront community that lies close to the Annapolis valley. Initially captured by a strong Mi’kmaq community, in 1605 some North America’s earliest European settlers became the inhabitants.

The Annapolis Royal area is well-known as a spirited center for cultural activity, and over the years it also has gained attention for visual artists, craftspeople, performers and writers. There exist many well-preserved heritage buildings that make up one of the loveliest streetscapes in the country. Moreover, the community is also greatly recognized for its alive volunteerism.

Following are the prominent spots that are worth discovering for travelers to the Canadian Maritimes.

·         Stay at the Hillsdale House Inn, first built in 1859 and is surrounded by quaint gardens and villas on a tree-lined street. It offers rooms with period styling that are individually furnished with antiques and paintings. The rooms also include flat-screen TVs, free Wi-Fi, air-conditioning and en suite bathrooms, some with claw-foot tubs. Outaouais is a region in western Québec, Canada, lying north of the Ottawa River. The main city of the Outaouais region is Gatineau. The total recorded population according to 2011 census is 368,181. Moreover, it has a land area of 30,760.05 square kilometers (11,876.52 sq mi).

A great vacation destination that is reputed not only because of its mild climate, lakes and rivers, but the Outaouais region is also renowned for its wide open spaces where urban and rural life admirably coexist.

Gatineau serves as the main hub of a predominantly forested region. Without ignoring its culture, Gatineau has a great room for parks and cycling parks. In fact, a number of attractions, exhibitions, and entertainment and recreation options, particularly the Canadian Museum of History add value to the city features. Furthermore, foodies can enjoy gourmet dishes in the region's restaurants and hotels.

Quebec offers an immense array of tours and activities in outstanding sites and settings.

·         In order to grab the best value Moulin Wakefield Mill Hotel and Spa is best option. It is situated in the converted 19th century flour mill on the banks of the Gatineau River and is surrounded by 24 acres of forest. Between the mill, a lodge and a chalet, subdued rooms are located, that includes free Wi-Fi, flat-screen TVs and coffeemakers. Whereas, some rooms also offer fireplaces and whirlpool tubs and wood-paneling or stone walls.

On the other hand, the spa includes an outdoor pool and two hot tubs and offers treatments and weekend yoga classes.  Other amenities include a wine bar and a refined restaurant serving French and Québécois dishes. One of Canada’s most popular summer destination for families is well known for its large sandy beaches at Parksville Bay and Craig Bay. Local media, businesses, and civil services frequently refer to Parksville, with its adjacent municipalities, as the community of "Oceanside", typically including Qualicum Beach, French Creek, Coombs/Hilliers, Errington and Nanoose. Tourist’s most favorite park is Rathtrevor Beach Provincial Park, with its beaches, tidal flats and pools, wildlife, and campgrounds.other parks are within hour an hour’s drive. Follow Vancouver’s Island Highway to reach nearby Qualicum Beach and the Comox Valley.

·         Stay at the Ocean Sands Resort that is set on 4 acres of grounds overlooking Rathtrevor Beach. Due to oceanfront location it offers limited free Wi-Fi and flat-screen TVs, plus microwaves, mini fridges and coffeemakers. The 1- and 2-bedroom condos add full kitchens and living rooms, and some also have balconies, dining rooms and/or whirlpool tubs. Amenities include a seasonal outdoor pool, a hot tub and a sauna, a playground and a coin-operated laundry are also included. Known for its world class salmon fishing, Miramichi offers cultural experiences that allow you to discover the heritage of the region and its people. If you’ve ever tangled with the mighty Atlantic salmon, you know the fish tales are true. The ghost stories, lumberjack legends and other local folklore we leave to your imagination. The art of storytelling is ingrained in the roots of Miramichi. The city is also known for its variety of popular festivals like and Canada’s Irish Festival on the Miramichi and Miramichi Folksong Festival.

The must see sights includes:

·         Stay at the Rodd Miramichi River that is set on the banks of the Miramichi River. Rooms provide free Wi-Fi, flat-screen TVs and media hubs, as well as mini fridges and coffeemakers. Some have pull-out sofas and/or river views. Furthermore, there's a sophisticated restaurant with floor-to-ceiling windows and a riverside terrace, and breakfast is available for a charge. Other amenities include an indoor pool, a hot tub and a gym.

·         For getting an affordable one, choose the Econo Lodge Miramichi. This hotel is situated on the shores of Miramichi River and offers traditional rooms with free Wi-Fi and TVs with premium movie channels, plus coffeemakers and desks. Some rooms offer mini fridges, microwaves and balconies with city or river views. 45 minutes from downtown Ottawa, Almonte is basically Scenic Mill Town on the Canadian Mississippi River. Its 19th century main streets offer galleries, boutiques and antique shops. It has several first-class restaurants and variety of inns and B&Bs, most located in historic structures along the river. Moreover, it is also a home to some fascinating museums, and we host excellent summer festivals.

Following are the popular sights to visit.

·         Stay at the Almonte Riverside Inn that overlooks the Mississippi River. The 6 stylish rooms are individually decorated, and include free Wi-Fi and flat-screen TVs with cable channels; some have iPod docks, river views, fireplaces, balconies and/or rainfall shower-heads.

·         The other best available option is the Barons Motor Inn. The airy, informal rooms are individually decorated in a casual style and feature 40-inch flat-screen TVs, desks, mini fridges and coffeemakers, plus extra seating.