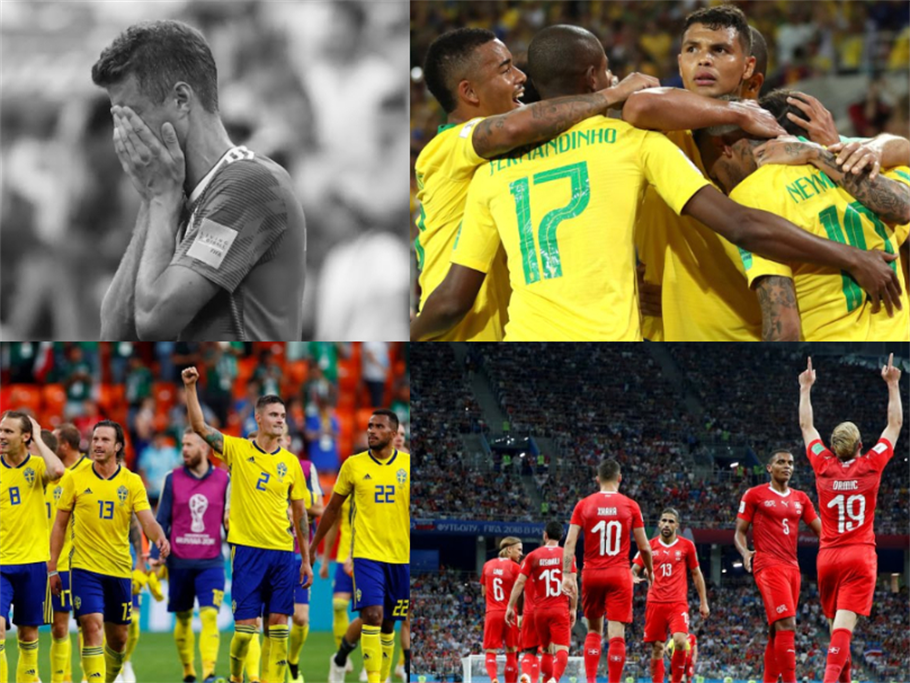 Match day 3 for Group F and E promises to give a cracker of conclusion for both of these groups. South Korea have lost both of their matches at the World Cup so far but they do still have a chance of qualifying for the round of 16. For that to happen, they will have to beat Germany and hope Sweden lose to Mexico. It will then come down to goal difference and South Korea currently have -2. Germany's situation is less complicated, as the defending champions will advance through to the round of 16 if they beat South Korea. If Sweden better their result, Joachim Low's side are going home early - and it could come down to goal difference or head-to-head record if both games end with a draw. Sweden have to win against Mexico to qualify. Mexico need only a point to go through to the round of 16 and such a result would also see them top Group F. If they lose to Sweden and Germany defeat South Korea by a two-goal margin, then it will be they who go through instead of Mexico.

In Group E, Brazil will face Serbia Brazil at least need a point to qualify for the next round. A win for Serbia would guarantee their progression to the next round but a draw can be enough too but they would need some help from Costa Rica, they will hope that Costa Rica beat Switzerland in their match. Switzerland only need to draw against Costa Rica for them to qualify for the round of 16.

Full Time: South Korea 2-0 Germany The Champions are out of the World Cup. They are shell shocked, Germany are in disbelief. South Korea's Kim Young-gwon scored in added time following a video review and Son Heung-min added another goal just before the final whistle. South Koreans defended phenomenally through out the match and deserved all three points. For the fourth time in five World Cup tournaments, the defending champions exit the competition at the group stage. Both teams failed to qualify for the next round. South Korea finished third in the group and Germany shockingly at the bottom of the group.

Sweden stun Mexico. Comprehensive victory for the Swedes, as they cement their place in the next round. Goals from Augustinsson his first international goal, penalty scored by Granqvist and an own goal by Alvarez. Still Mexico go through to the next round courtesy Germany's defeat. Sweden unexpectedly finished top of the group. Mexico came second. The whole got reshuffled in match day 3, as the Swedes who were third finished top. Germany who were second finished bottom. Korea finished third were at the bottom and Mexico who were at the top of the group came second.

FULL-TIME: SERBIA 0-2 BRAZIL. Brazil run out deserved winners to book their place in the last-16. Serbia piled bodies forward and began to put pressure on the Brazil defense early in the second half before Silva added to Paulinho's goal, rising at the front post to power a header in at the near post, following Neymar's corner. The second goal seemed to knock the fight out of Serbia and Brazil were allowed to move the ball around with comfort and see out the last 20 minutes untroubled. Serbia battled hard to stay in it prior to that but found Alisson and the Brazil defense to be in fine form. 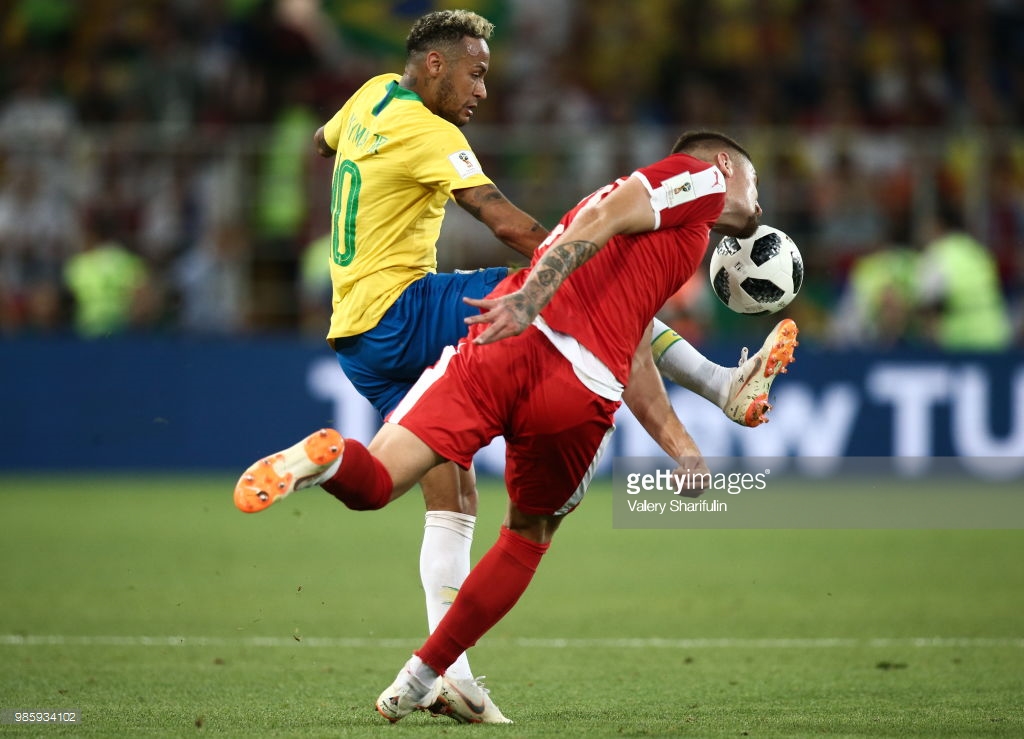 What a breathless end to the match as Yann Sommer’s own goal after a Bryan Ruiz penalty hit the woodwork equalized for Costa Rica in the 93rd minute after Josip Drmic had retaken the lead for Switzerland two minutes from time. It was a brilliant match played by Los Ticos who fought valiantly until the very end and gave their fans two goals to cheer about. Switzerland can hold their heads high after securing qualification from Group E in second position, behind by two points. Serbia finished third and Costa Rica fourth. The Swiss will have a meeting with Sweden in the first knockout stage and Brazil will be up against Mexico 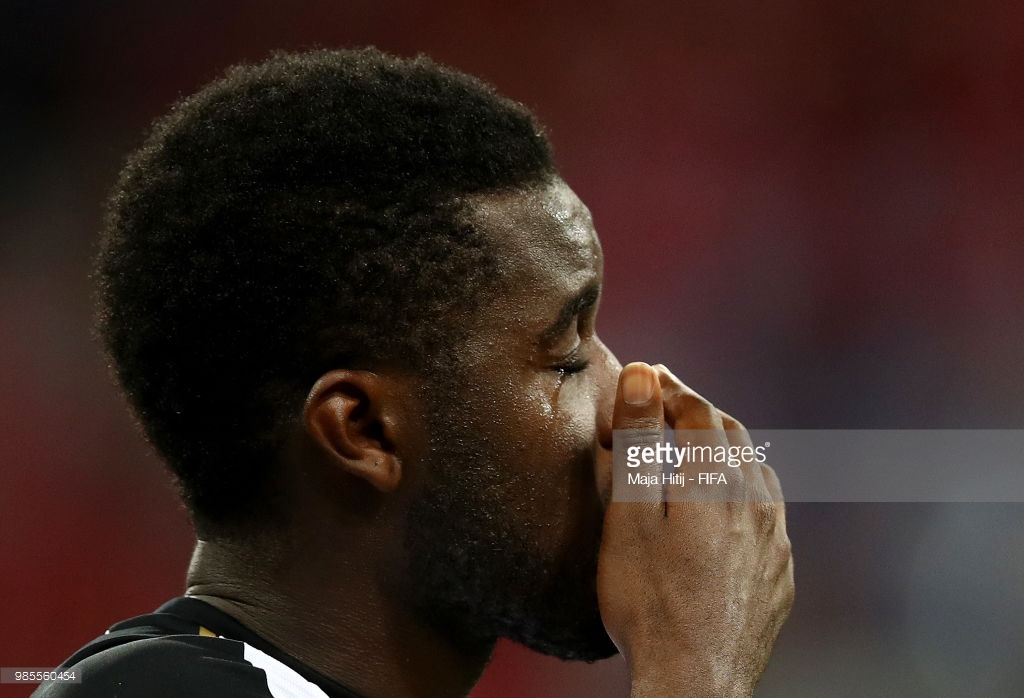 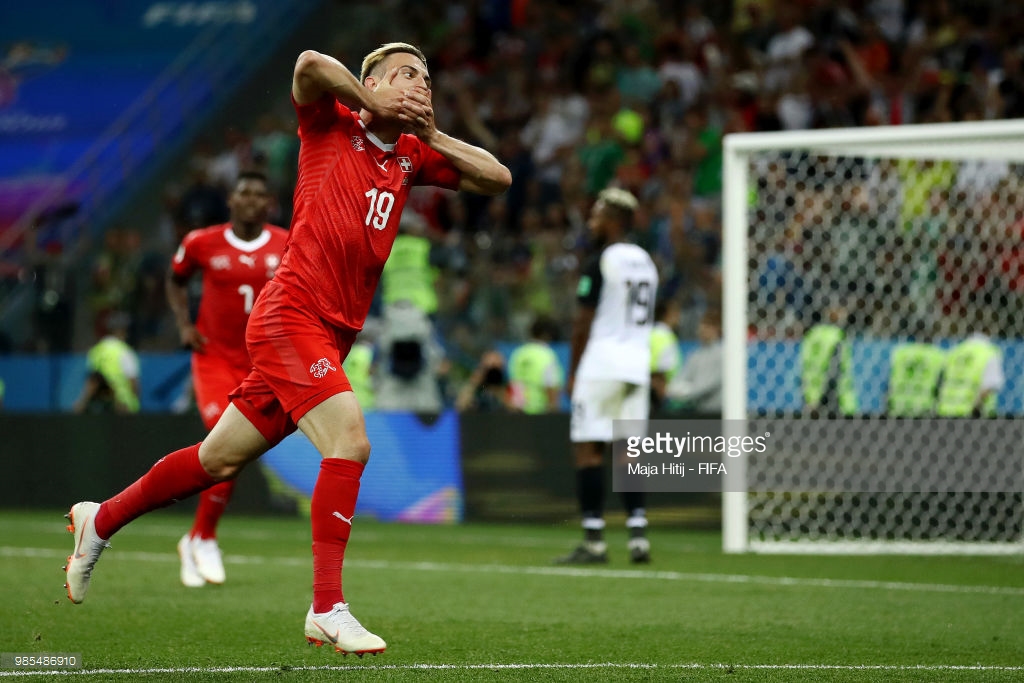