Good News: A New Park Inaugurates in Canada Named After the Founder of Pakistan! 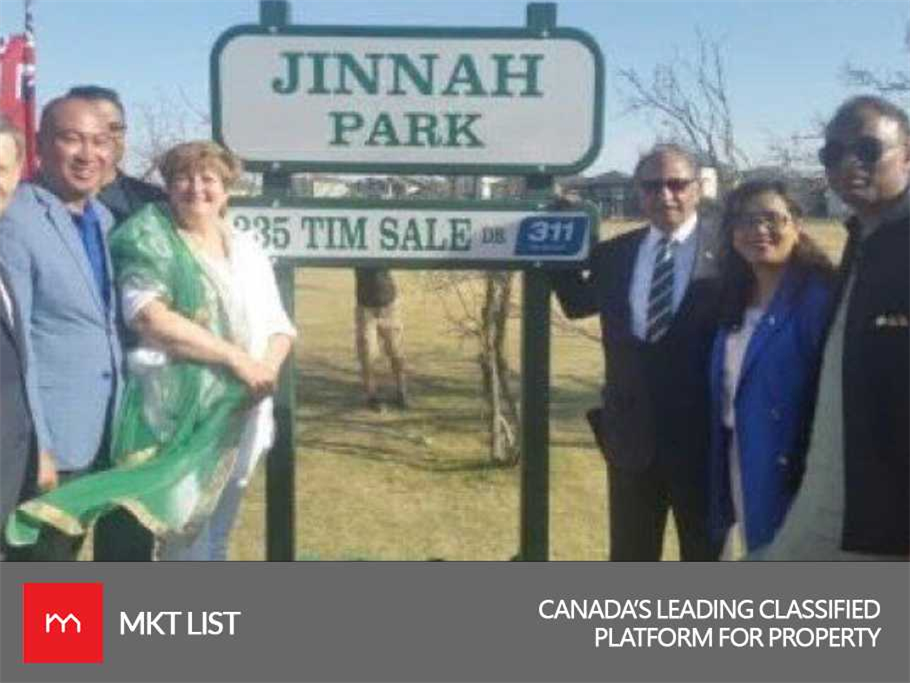 A surprising news hit every news channel on Sunday when it appeared, in Canada, many Canadians and foreign nationals joined hand to hand with the Pakistani community for the inauguration of a new park. The park is dedicated and attributed on the name of Quaid e Azam Muhammad Ali Jinnah on in Winnipeg, Manitoba.

The setup has been represented and opened up by a High Commissioner of Pakistan Tariq Azam in Canada.

He, in his meeting, was thankful to a Pakistani-Canadian community in Manitoba and praised them for such an incredible tribute to the founder of Pakistan. The first ever public park which has been named after a Jinnah in North America.

He said that this is a great time to accolade him and the sacrifices of many people for a separate homeland for the Muslims of a subcontinent.

During his meeting, he highlighted some memorable moments from a page of a history and remembering those who lost their lives in the struggle of an independent state for Muslims.

The commissioner of Pakistan also stated the famous quote of Quaid e Azam to a community.

“With faith, discipline and selfless devotion to duty, there is nothing worthwhile you cannot achieve”

He also appreciated the community of Winnipeg and their services to promote a positive traditional culture and soft image of Pakistan in Canada, “which is acting as a bridge in promoting understanding between communities.

The head of a community Dr. Rashid Bahri who put the basis of the park’s campaign as he knew Jinnah is dead but lives inside the heart of Pakistanis. And this short step may help the future generation to know of such a great leader.

Pakistani Students Association (PSA) Manitoba President Masroor Khan suspected the day as a historic one for Pakistanis in Canada and when the park has already got the name of Jinnah, it shows their love for the founding father.

Terry Duguid and Iqra Khalid, members of Canadian Parliament, also gave a talk in the ceremony and congratulated the Pakistani community for this brilliant innovation.

City Councilor Janice Luke found it great to work with the Pakistani community and played her role in the maintenance of the park. Her goal is to make this park worth-visiting where Pakistanis can enjoy their cultural festival.

There was an official announcement from her side regarding a cricket ground which has to be built inside the park for local cricket tournaments.