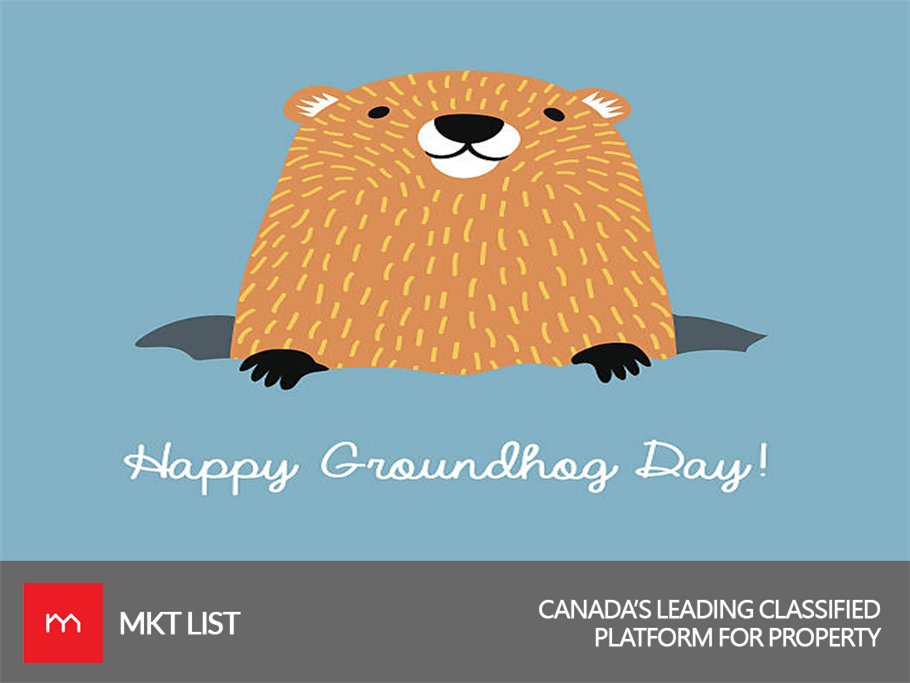 “Let the spring shines with its colors to bless you with happiness and glee”
As the month of February is approaching soon, people are all set and ready to pay their regards to the winter season and welcomes spring wholeheartedly; which is the season of colors, joy, and love in the form of beautiful flowers. Spring is the season of hope and a new beginning that whatever is disappeared and deserted away will come in the shape of new beings. With the end of January, the tradition called Groundhog Day is celebrated every year on the 2nd of February to predict the arrival of spring. This culture and custom are famous among the people of Canada, United States, and Germany i.e. some countries of the northern hemisphere. It is the mid-point between the end of winter and start of spring. What is its history and origin and how people celebrate it, I have tried to sum it up to magnify your vast knowledge with my little information. I hope the article provides you some good stuff to read.
The History and Origin of Groundhog Day: The concept of Groundhog Day started back in the United States by some German communities, living in Pennsylvania. Groundhog Day was first celebrated on 2nd February 1840. The idea of it had come from some old Christian celebration known as Candlemas Day. On this day the Christians burn the candles in the church as a mean of worship to fulfill the thought that ‘Jesus is the light of the world.’ It holds three concepts: the birth of a child Jesus, His first entry in the temple, and celebration of the purity of Virgin Mary. Some families prepare crepe with a coin in hands to ensure wealth and happiness until the next Candlemas Day. On the same date, people now celebrate Groundhog Day to welcome spring.
The Ritual of Groundhog Day: This day depends upon a furry fellow, the largest member of the squirrel family, to embrace the spring. It is believed that when a groundhog comes out of his burrow after hibernation period and sees its shadow because of a sun, winter would persist for more or less 6 weeks and when it doesn’t because of cloudy and warm day, spring soon enter the grounds. It means that a squirrel is somewhat a weather forecasting being. The German people have made some more distinctions in the ritual by including a hedgehog in it believing that the shadow observance would bring “second winter” for 6 weeks more.
Groundhog Day in Canada: As compare to Europe, Canadian winter conditions are more intense and carry on in the second month of the year, which means the winter doesn’t end by the 2nd February. The little burrows of groundhogs as well remain covered with snow in the starting of February. The only truth in all this legend is that wintery-sunny day brings cool and dry Arctic air, and wintery-cloudy day brings mild and humid year. In North America, this fun ritual is being celebrated by people with full zeal and started in 1887.
In Canada, an albino groundhog Wiarton Willie has been contributing to the ritual since 1956 as a weather forecaster in the Wiarton Willie Festival who lives in the community of Wiarton in Bruce County, Ontario. As Punxsutawney Phil (a Pennsylvanian groundhog), Wiarton Willie also lives in full protocol in Bluewater Park house to protect him from predators and town members care for him for the whole year. This year Wiarton Willie IV will be playing his role in the festival, the fourth successor of the original Wiarton Willie. The people celebrate the festival with activities like parades, hockey & curling tournaments, dances, and baking of pancakes just like the people who celebrate Candlemas.
Groundhog in Other Parts of Canada: Some parts of Canada are also having groundhog meteorologist to fulfill the ritual.
? Balzac Billy in Alberta
? Brandon Bob and Winnipeg Willow in Manitoba
? Gary the Groundhog (Kleinburg) and Oil Springs Ollie in Ontario
? Fred la Marmotte (Val d’Espoir) in Québec
? Two Rivers Tunnel (Cape Breton Island) and Shubenacadie Sam in Nova Scotia
Shubenacadie Sam, a member of Shubenacadie Provincial Wildlife Park who doesn’t go in the hibernation period in winter for better enjoyment of the tourist. As far as Toronto is concerned, it has been also celebrating the ritual with its own furry fellow, Dundas Donna; a South American coati (Nasua nasua) since 2014. Upon the same legend, an American movie was also set up by the name of Groundhog Day.
Some Sayings About Groundhog Day:
From the Old English Sayings:
If Candlemas be fair and bright,
Winter has another flight.
If Candlemas brings clouds and rain,
Winter will not come again.
From Scotland:
If Candlemas Day is bright and clear,
There'll be two winters in the year.
From Germany:
For as the sun shines on Candlemas Day,
So far will the snow swirl until May.
For as the snow blows on Candlemas Day,
So far will the sun shine before May.
From America:
If the sun shines on Groundhog Day;
Half the fuel and half the hay.
The previous Canadian studies showed that this ritual of groundhog weather forecasting about the spring was only correct for only 37% of the time. Whether it is right or wrong, I must say it is a fun for all with cute little furry being. So, let people say what they want to say and you guys must celebrate it with a big smile on your face because spring is coming too soon. *yyaayy* Cheers to the colorful days ahead!
Subscribe our page MKTLIST to receive weekly blog newsletter.