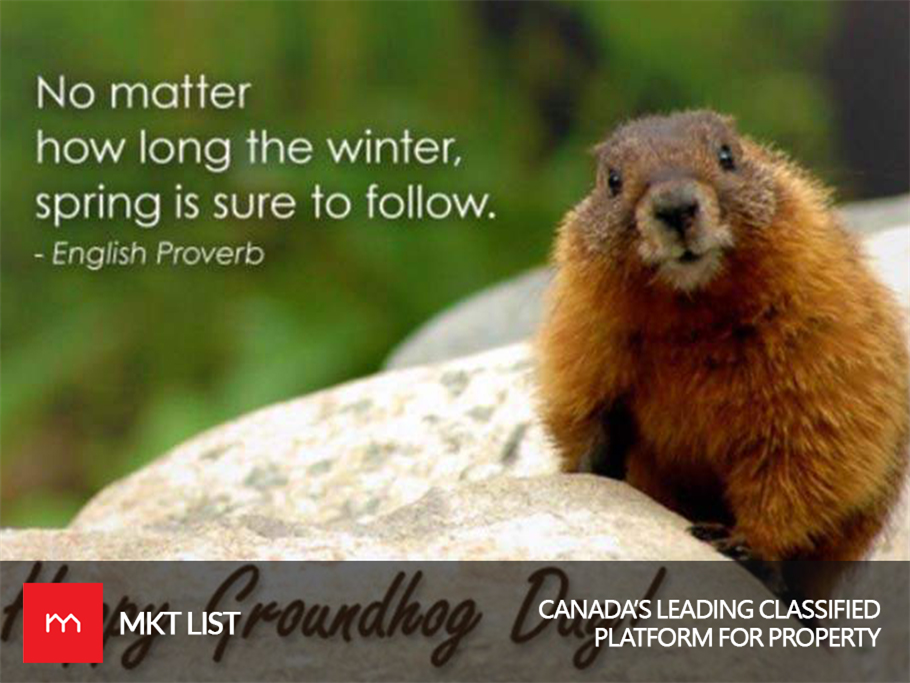 The event carries just as much value as royal birth, along with the town crier and his scroll, people stepping out to welcome with their chants, but the reason that’s bringing out people in the Canadian chills isn’t Princess Charlotte. It’s something that might hold even more sentimental value to the people.

It isn’t supposed to be easy, carrying the burden of a city’s dreams and hopes for the entire spring on such small hairy shoulders.

February is very strange time cluttered with strange decision clouding everywhere. Maybe it might be the insufficiency of fresh air as everyone would rather spend Saturdays indoors, wrapped under blankets as sad but human turducken.

But this special day isn’t some mirage caused by some disease from the allergies spring brings with it. The origins of Groundhog Day are traced as back as the medieval times in Europe, and we are thankful that this was tradition passed down across the Atlantic instead of the torture methodology used over there. The first record of Groundhog day dates back to 1841, in a shopkeeper’s diary, which is approximately 175 years ago which would mean that Groundhog day in Canada has witnessed two world wars, one great depression and the worst of all; 11 seasons of the Kardashians.

Despite such importance in culture, some people are doubtful over whether a rodent can accurately predict the weather. Most would quote “science” and “historical records” as proof that groundhogs have absolutely no clue when spring is going to arrive. In more nominal terms, such people are coined the fun police.

The 2nd of February, we will come to know if the dollar will be down or really far down. But that doesn’t stop us people from strongly believing that this groundhog or also known as a woodchuck, will predict how many weeks are left till spring finally arrives.

The forecast for the 2016-2017 winters has been made by meteorologist as they do every day and they are very good at their jobs, despite the fact it still hasn’t arrived in parts. That’s why for one day that’s precisely what we are going to ask from Wiarton Willie and Pennsylvania’s very own Punxsutawney Phil, Nova Scotia’s Shubenacadie Sam and Staten Island’s Chuck. But before we proceed any further, let’s take a minute to reflect on Winnipeg Willow, who by a bad stroke of luck passed away last year, barely days before the big day.

Practically, while muddled in the winters the Canadians need to believe in something, yes, we know a groundhog is just a beaver that is unable to swim but at least the groundhogs didn’t sell themselves off to the roots.

It’s not as if we have a better holiday to celebrate in this month anyway. Nobody has any clue in what to do in between the mix of the long weekend between Family day and Valentine’s. It’s not as if we could go “Here you go my love, it’s lingerie that has “world’s best mom” imprinted on it”

One of the best things about Groundhog is the variety of ways we could celebrate it, for meteorologists it’s a free pass for throwing off any attention, for celebrity Bill Murray, it’s a means to salvation. For groundhogs however, it’s most probably the only day they’re guaranteed ownership of the local watering hole.

If the above wasn’t enough to convince you, how about some numbers to prove the predictive powers of groundhogs; around 40,000 people attend Punxsutawney Phil’s party on every 2nd of February, how is the promise of weather prediction any less practical than the promises made to drag you to every other party, which are that you’ll have a good time, wont eat the entire bowl of chips, and will leave at a reasonable hour.

Canadians should actually thank their luck for being able to relax and leave a rodent decide the fate of the seasons, actually it would be much better if every woodland animal took on some responsibility. It would be much easier for if we could have the rabbits watching the ocean temperatures and have foxes monitor our privacy breaches.

I’ll admit that Wiarton could try and substitute a smarter animal, even a porpoise would do, but the minute you do that, PETA steps in, However in such harsh times, only the truly cold hearted would deny groundhogs their one day to shine, heck for 175 years of unwavering loyalty they should be handed a promotion