Guess What? A 15 Years Old Ontarian Teen is Invited to the Royal Wedding! 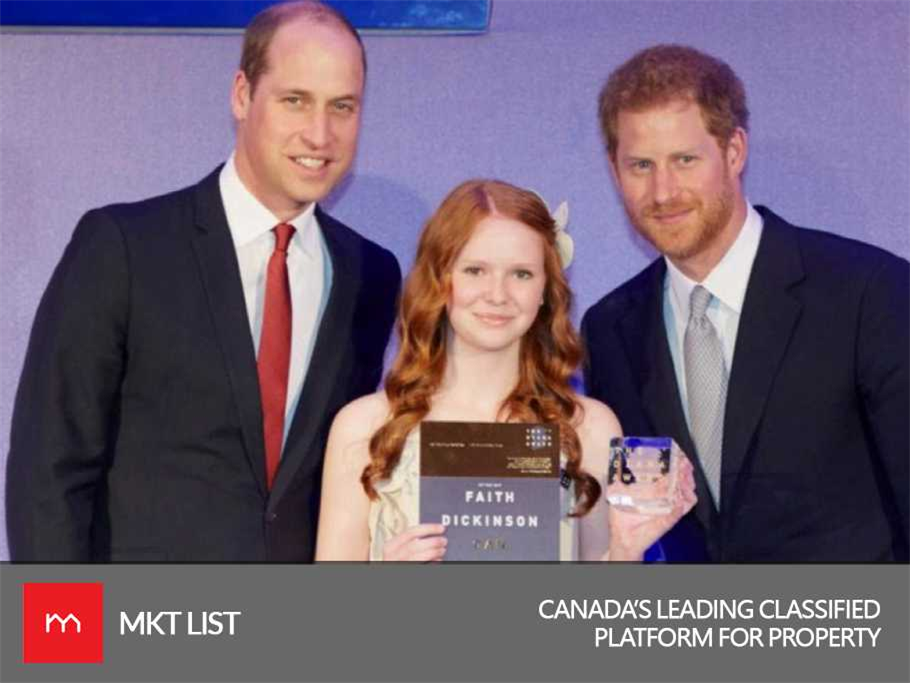 Not our Prime Minister Justin Trudeau, not the former and new president of America, Barack Obama, and Donald Trump got a chance to attend the royal wedding of Prince Harry and Meghan Markle as they haven’t been invited but a 15 years old teenage girl living in Peterborough, Ontario scored one.

Yes, this isn’t fake but a real news!

Faith Dickinson is one of seven successful recipients of Diana Award who has got an opportunity to attend the royal wedding at the Windsor castle, according to a news release.

The Diana Awards is the one created in the memory and honor of Prince of Wales. It is gifted to those young people who are, "changing the world… through kindness, compassion, and service."

Trumps, Trudeaus, and Obama's are not fortunate enough to attend the royal wedding.

The teen kiddo has been gifted over the award by Prince Harry and William.

Dickinson reached to St. James's Palace in London last spring to get this award for his great charity work against cancer.

After seeing her aunt suffering from breast cancer when she was just nine years old, she, then, started this noble project. When her aunt told her how chillin it feels like while having a treatment, Dickinson made her a comfortable blanket.

Dickinson was very much happy when she talked to the CBC News from the ceremony last year.

The total number of Dickinson’s personalized blankets, already reached worldwide, are exceeding 3,500 and she has spent more than $30,000 for their easy delivery.

Recently, the girl started delivery the blankets to the injured soldiers returning from the war to their homes and suffering from PTSD.

Kensington Palace recently finalized the list of the guests would be attending the wedding, and no politicians and any world leader are included in that list.

A tweet from the palace has revealed that total 2,640 people are invited in which 1,200 young people are included having "shown strong leadership" and "who have served their communities.”

The grandson of Queen Elizabeth and younger brother of Prince William, Prince Harry is going to tie a knot with an American actress Meghan Markle who is popular because of her role in the Toronto-filmed TV series Suits on May 19 at St. George's Chapel in Windsor Castle

Up till now, Dickinson is still waiting for more updates about her invitation. She’ll soon disclose some news on the CBC Radio's Ontario Morning with guest host Mary Ito.

More power to you girl!