HIGH IN THE SKY: THEN AND NOW! 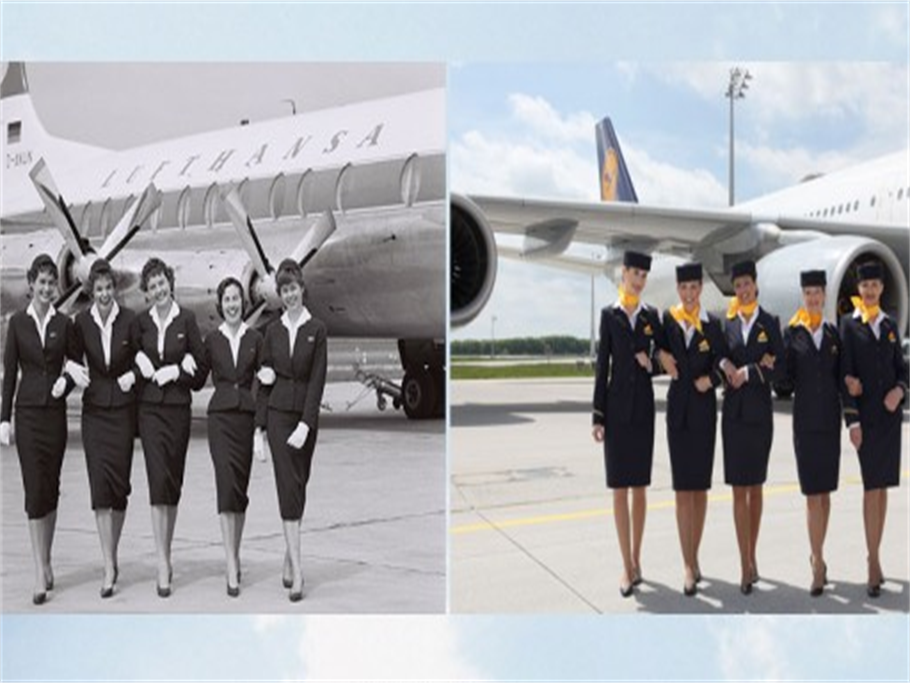 The experience of air travel is far from what it used to be in the old days. While some areas have seen significant improvements, some have gone through major downgrades. For a comparison of the various aspects of air traveling then and now, read on.

Arrival and departure terminals used to be very simple back in the day as you can see in the picture above of Zagreb-Borongaj Airport back in the 1930s.

Today, terminals are complicated and some even hard to navigate. Some modern-day air terminals are no less than beautiful architectural marvels.

Pictured above is the check-in counter of an Australian airport back in the 50s. The check-in counters of old was very plain with no special equipment. Computer monitors and arrival and departure boards were nowhere to be found on these counters until the 80s.

Modern-day terminals have modern day check-in counters to go with them of course. Fully equipped with state of the art computers and conveyor belts for your luggage. Some airports have also installed self-serve kiosks where passengers can check themselves in.