Voter Registration is promoted by Jim Carrey as he took aim at President Donald Trump with his latest artwork. The actor shared this painting of Trump and Russian President Vladimir Putin on Twitter: 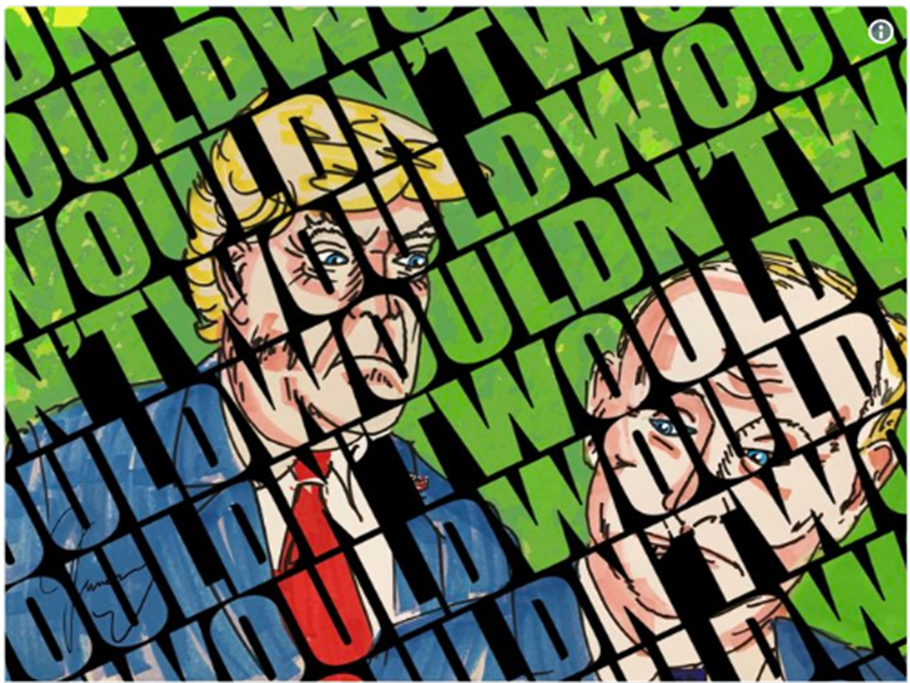 He posted his work online earlier this week and Carrey overlaid the words "Would" and "Wouldn't" over his depictions of Trump and Putin for the image.

On Monday in Helsinki, Finland, during which Trump accepted Putin's denial of Russian interference in the 2016 election, the painting takes a critical glance at the leaders. However, Trump later tried to roll back on that statement, after having wide bipartisan criticism.

Carrey posted a link to the Vote.gov website as a caption to his new piece, which followed this similarly themed painting:

He wrote on Twitter, “Putin plants his flag firmly in American soil.”