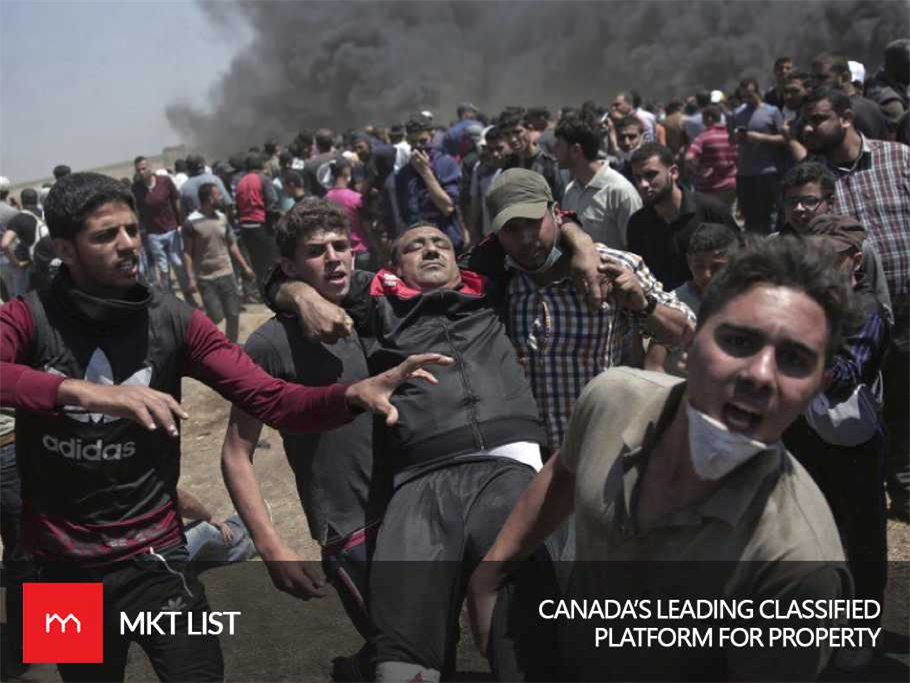 Justin Trudeau, Canada’s Prime Minister raises his voice against the killing of Canadian doctor by an Israeli sniper on the Gaza border. He calls an investigation into Israeli fire that killed 60 Palestinians and injured thousands.

The brutality became active during demonstrations at the Gaza border fence on Monday.

According to Gaza’s Health Ministry, most of the Gazans died by Israeli and 2700 of them were wounded.

Trudeau uses the term “inexcusable” in a statement on the use of excessive force and weapons.

“Canada deplores and is gravely concerned by the violence in the Gaza strip that has led to a tragic loss of life and injured countless people,” he said. “We are appalled that Dr. Tarek Loubani, a Canadian citizen, is among the wounded – along with so many unarmed people, including civilians, members of the media, first responders, and children.”

Loubani- an emergency physician in Southern Ontario mentioned that he was hit on both legs by a gunshot and even in such condition he treated and cured the injured Palestinians. He was wearing a green surgeon’s outfit when he got shot and injured. He was among the team sent to Gaza for testing of 3D-printed medical tourniquets.

“It’s very hard to believe I wasn’t specifically targeted, considering that there was a lull in activity, considering the fact that I was so clearly marked,” he told the Canadian Broadcasting Corporation earlier this week.

The other doctors who were trying to provide emergency aid to the people were also injured, a total of 16 doctors were injured. And the doctor who saved Loubani’s life, Musa Abuhassanin, was shot to death when he was rescuing another patient. Trudeau mentioned that Government is investigating that how Loubani was injured.

“It is imperative we establish the facts of what is happening in Gaza,” said Trudeau. “Canada calls for an immediate independent investigation to thoroughly examine the facts on the ground – including any incitement, violence, and the excessive use of force.”

Benjamin Netanyahu, Israel’s prime minister blamed Hamas for the death. He said, “Every country has the obligation to defend its borders.”