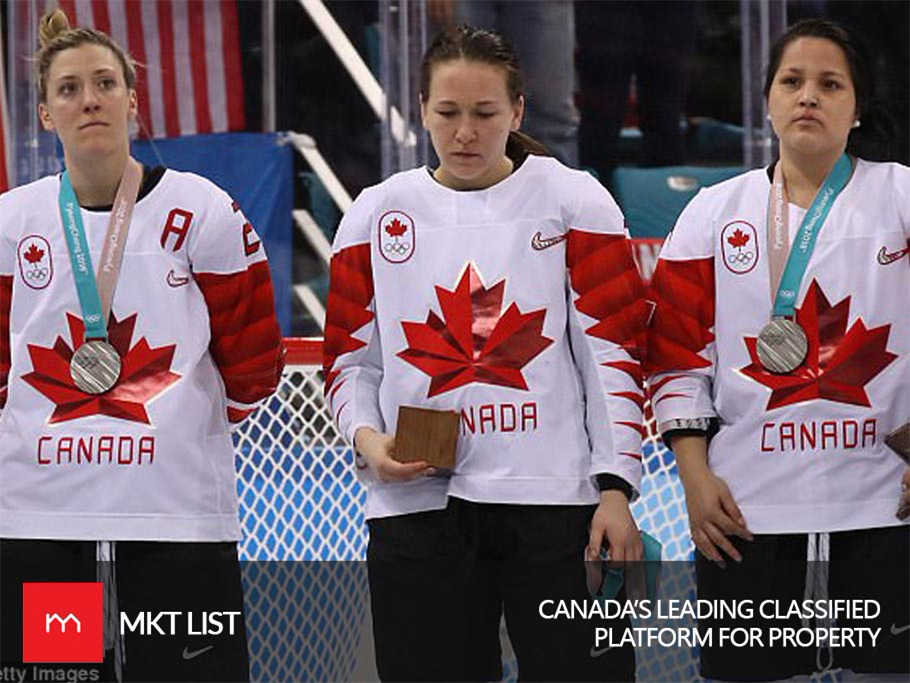 USA won gold in the women's ice hockey at the Olympic Games in Pyeongchang
Jocelyne Larocque of Canada took off her silver medal and refused to wear it??
It sparked outrage with fans of both teams, saying it was?unsportsmanlike
Defenseman Ms Larocque, 29, has now apologized?for her 'emotional' behavior
Canada won the last four Olympics in hockey before the USA ended their streak?
The 3-2 shootout victory?meant an end to a 20-year losing streak for the USA
Jocelyne Larocque issued a statement through Team Canada apologizing to the IOC, International Ice Hockey Federation, the Pyeongchang Olympic Organizing Committee, the Canadian Olympic Committee, Hockey Canada and her teammates and fans.?
'Please understand this was a moment in time that I truly wish I could take back,' said Ms Larocque.
'I take seriously being a role model to young girls and representing our country. My actions did not demonstrate the values our team, myself and my family live and for that I am truly sorry.'
She claimed she meant no disrespect and her address towards her fans really show that she regrets it.
The general manager of Canada's national team programs, Melody Davidson, said Emotions run high at the Olympic Games, and never more so than in a gold-medal game, but at all times we expect our program to act professionally and demonstrate sound sportsmanship. I would like to congratulate the United States on their victory.'?????
After losing the women’s hockey game to America, for almost a half an hour, Jocelyne refused to put the medal on. The whole team cried after scoring second position and getting the silver medal when they wanted the gold so bad. Canadians on twitter however, made clear how disappointed they were in her to react like this and show disrespect. On the other hand, Americans were overly joyous upon their victory!
Larocque finally wore the medal after her post-game interview when an official from the hockey's governing body said she needed to wear it, according to?The Globe and Mail.??
'You come to the Olympics and you set out to win a gold medal.
'But when you take a step back and think about who you are representing.
'Everyone behind you back home; people that you don't even know, veterans, Americans and they love that you are representing them.
'There is so much pride in that and that is what it is about.
'We are standing there on the world stage, representing our country and waving our flags high.
'I am so proud to be an American. It was a great moment listening to the anthem.'?
These were the remarks of American hockey team over their superb victory.
The two countries have been fighting for international supremacy since America last claimed gold in 1988.?
In a nutshell, America became the golden star of the women’s ice hockey game in Pyeongchang while in Canada, Canadians are sadder over the reckless behavior of Jocelyne than the victory of America over Canada. Canada takes jocelyn's  emotional attitude as heavy disappoint for the country.
Subscribe our page MKTLIST to receive weekly blog newsletter.