Oscars 2018: 'The Shape of Water,' Frances McDormand, Gary Oldman Privilege to Get a Golden! 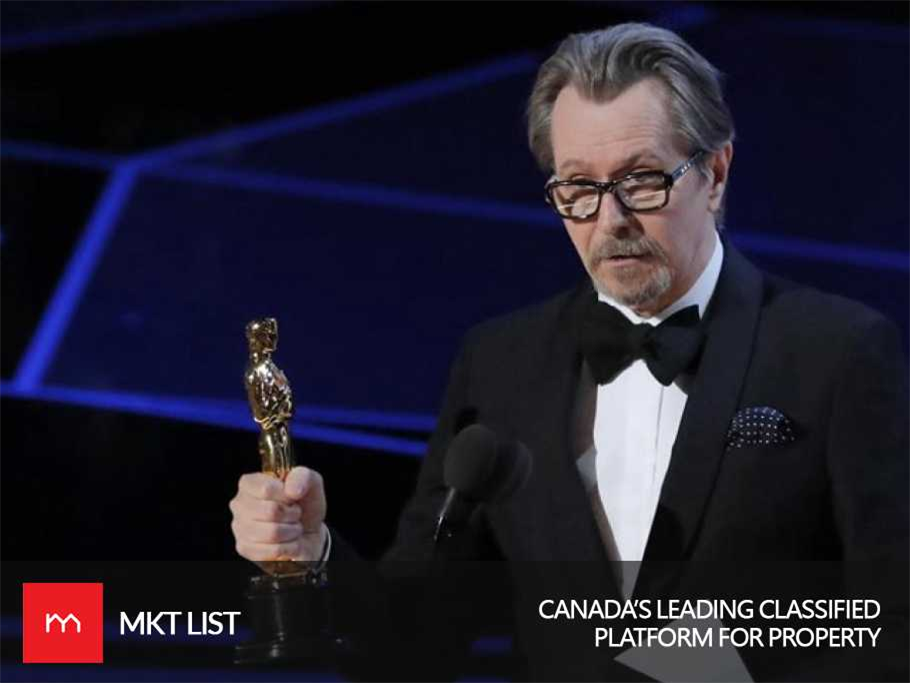 This year, 90th Academy Awards is all about cherishing the history of Hollywood. Jimmy Kimmel explains this as the one who speaks less on his award-winning-speech is privileged to get more than one golden and goes home jet-skiing.

Last year, Warren Beatty and Faye Dunaway while presenting Best Picture got kick out. But this time a Toronto and Hamilton-based “The Shape of Water” became the night worth cherishing as it was the top prize for the movie.

Throughout the night, the show-hosts kept mentioning the Oscar winner Helen Mirren (though, no one knew he came by her very famous watercraft).

Gary Oldman stood as the Best Actor for his movie “Darkest Hour” in which he played Winston Churchill role. When he said too much during his speech, he ended as "Obviously I'm not going to win the Ski."

He also remembered his 98-year-old mother who was sitting there by paying her some love.

Oldman said, "Thank you for your love and support. Put the kettle on. I'm bringing Oscar home."

Sam Rockwell nodded to get a Jet Ski during his victory speech.

Rockwell said, "Run that clock, Jimmy, I'd like to get that Ski Jet [sic] or whatever that is."

Rockwell got a Best Supporting Actor award for his role as an Officer Dixon in “Three Billboards Outside Ebbing, Missouri." This tremendous actor when came on the stage used everything to proclaim another Oscar Winner. He also has won Golden Globe, Critics' Choice Award, SAG Award, BAFTA, and Independent Spirit Award for his marvelous performance.

"This is for my old buddy Phil[ip Seymour] Hoffman."

For “I, Tonya”, Allison Janney, for the first time in forever, won Oscar for Best Supporting Actress for her role as tetchy LaVona Golden.

She said jokingly, "I did it all by myself.” Then remarking, "a cast and crew and bird that elevated my work."

"Three Billboards Outside Ebbing, Missouri" star Frances McDormand also accompanied Rockwell, Oldman, and Janney in the winner’s squad as the Best Actress. The tallest of all Kobe Bryant also got Oscar for his short yet wonderful production for the movie “Dear Basketball”

Jordan Peele, a writer and director of “Get Out” also gave Best Original Screenplay acceptance speech with his unique style.

He said in response to audience’s applause, "You guys are going to mess up my Jet Ski, hold up." Then he changed his pace by saying, "I thought no one was ever going to make this movie."

He said, "This means so much to me. I stopped writing this movie about 20 times. I knew if someone let me make this movie, then people would hear it, and people would see it."

Paul D. Austerberry won for his Toronto-based production "The Shape of Water," and showed love and kindness towards Canada.

"Thanks to all of our Canadian crew partying right now in the Palais Royale in Toronto."

"Blade Runner 2049" cherished Montreal and the movie’s director Denis Villeneuve by winning Visual Effects Oscar. Villeneuve was also highly likely to had another mention when cinematographer Roger A. Deakins finally got his first Oscar after 14 nominations.

The costume designer of "Phantom Thread", Mark Bridges, had got the Jet Ski because his speech hardly took 39 seconds.

"Call Me by Your Name"

WINNER: "The Shape of Water"

Timothée Chalamet, "Call Me by Your Name"

Daniel Kaluuya, "Get Out"

Sally Hawkins, "The Shape of Water"

Richard Jenkins, "The Shape of Water"

Christopher Plummer, "All the Money in the World"

Octavia Spencer, "The Shape of Water"

"Get Out," Jordan Peele

WINNER: “Call Me by Your Name," James Ivory

WINNER: "Get Out," Jordan Peele

"The Shape of Water," Dan Laustsen

WINNER: "Heaven is a Traffic Jam on the 405," Frank Stiefel

"On Body and Soul (Hungary)

"The Shape of Water," Sidney Wolinsky

"Mystery of Love" from "Call Me by Your Name," Sufjan Stevens

"Stand Up for Something" from "Marshall," Diane Warren, Common

"This Is Me" from "The Greatest Showman," Benj Pasek, Justin Paul

"Beauty and the Beast," Jacqueline Durran

"The Shape of Water," Luis Sequeira