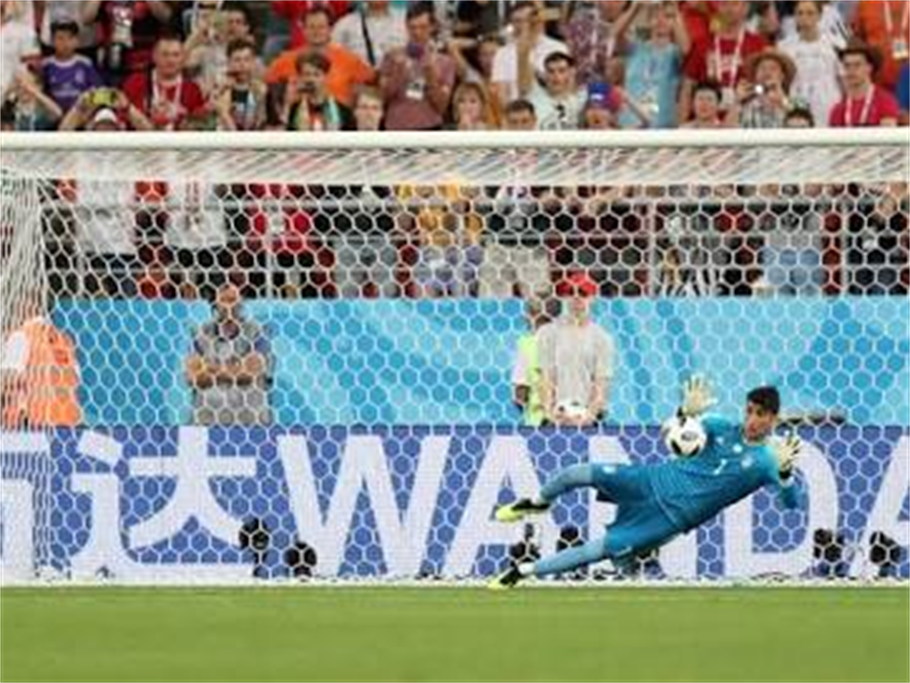 Hello and welcome to the Match Day 3 for the group's A and B. In Group A, Uruguay and host Russia will go head to head to claim the top spot of the group. Saudi Arabia and Egypt will face each other to decide who comes third and who comes last. In Group B, Iran will be up against Portugal. A win for Iran will take them to the next round. Portugal only need a point to qualify for the next round. This match promises to be an intense affair. Morocco and Spain will face each other. Morocco are out but would like to take something out of this World Cup.
Uruguay vs Russia
Dominant performance from Uruguay. Uruguay were too good for Russia in the end and a 3-0 victory ensures Uruguay  advance to the round of 16 with a 100% record from the group stages. The host nation struggled to deal with Uruguay's two star strikers and know that this may be just the beginning of their challenges, as ?erce competitors await in the knockout stages. 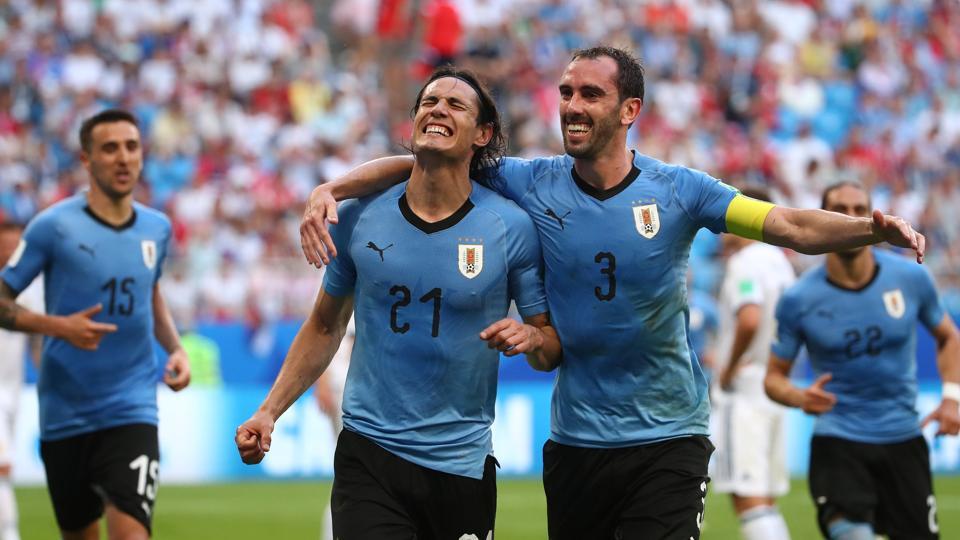 Saudi Arabia vs Egypt
Full time: Saudi Arabia 2-1 Egypt. What a mad ?nish to the game! Salah opened the scoring with a lovely lob, but Saudi Arabia scored the second of two ?rst-half penalties - with record-breaking goalkeeper El Hadary saving the ?rst in style - and snatching a winner with
the last kick of the game to send Egypt home in ?oods of tears, bottom of the group with no points.
Iran vs Portugal
Full-time Iran 1-1 Portugal in Saransk at the end of a frantic game. Ricardo Quaresma's beautiful ?rst-half strike is canceled out by a VAR penalty from Karim Ansarifard but it is not enough for Iran as Portugal progress from Group B to the knockout rounds. Iran showed great character. Could have won the match as Ebrahimi was played through 94 minute of the match, the angle was tight, but he could only ?nd the side-netting. The substitute's late goal is enough to consign Fernando Santos' men to second meaning Cristiano Ronaldo, who missed a penalty, will face off against Uruguay in the round of 16. 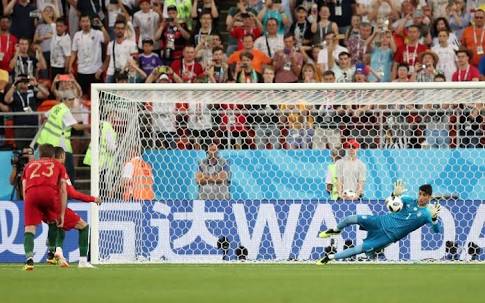 Spain vs Morocco
Late, late drama at the Kaliningrad Stadium as Spain rescue a dramatic late equaliser, courtesy of an overturned offside decision via VAR. Morocco had restored their lead through En-Nesyri, who powered a wonderful header into the top-right corner following Fajr's delivery. Spain dominated possession throughout but it took until the 90th minute before they could ?nd their breakthrough, with Aspas ?icking Carvajal's pass beyond the reach of Mohamedi and
into the far corner. Iran's late equaliser against Portugal means Spain go through as group winners and will face hosts Russia in the last-16 on Sunday. 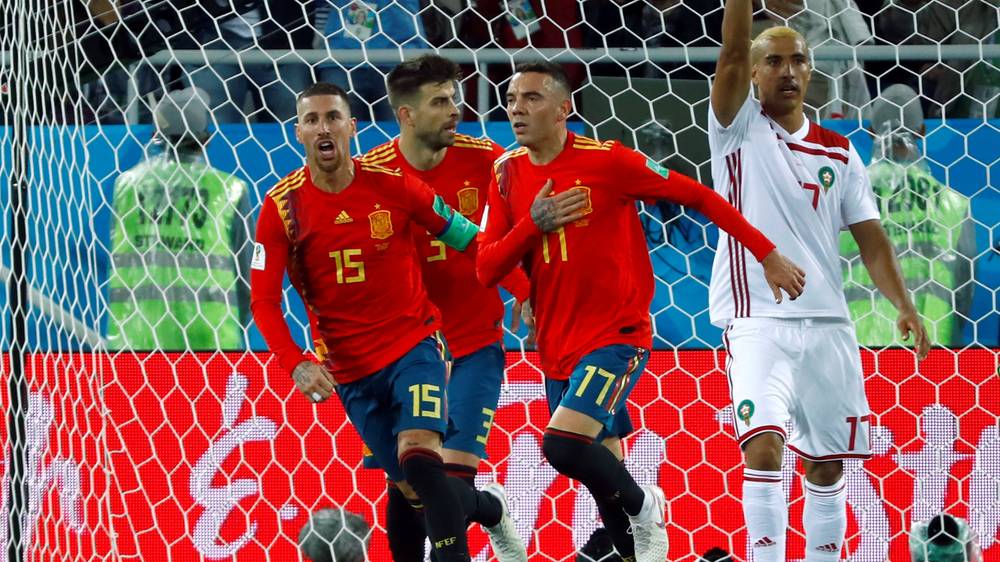 Group A and B are now concluded as Uruguay top the group and Russia came second in Group A. Saudi Arabia came third with a win against Egypt, and Egypt are at the bottom of the group with zero points. Spain top the group and Portugal drop to second place. Iran played brilliantly throughout but couldn't convert their chances ?nished third with four points. Morocco ?nished last in the group.
Spain face Russia and Uruguay face Portugal in the round of 16.
Last modi?ed: 01:38