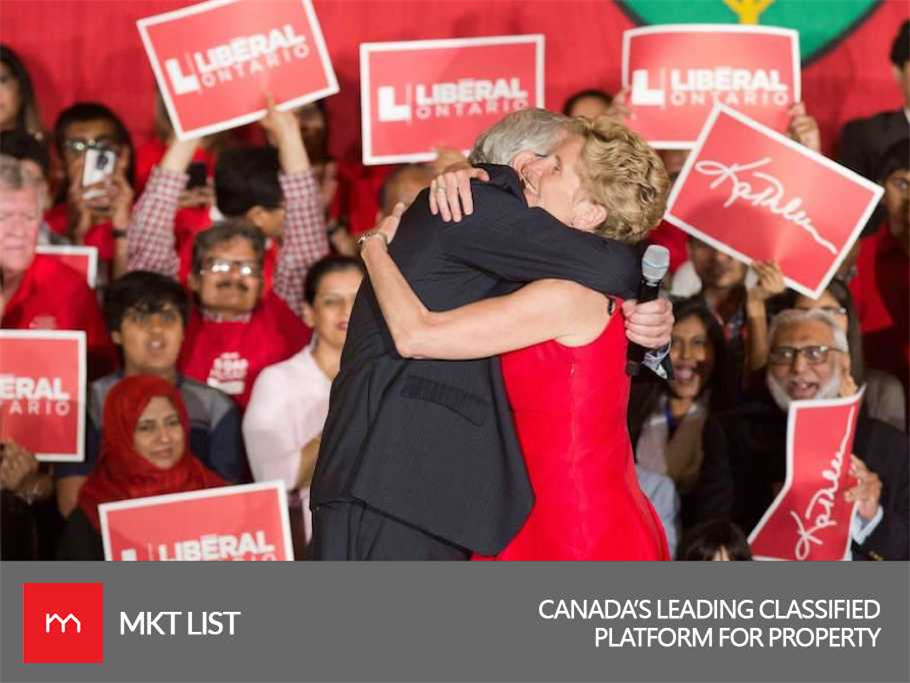 An Ontario Premier Kathleen Wynne is running a campaign for elections which is going to be held on 7th June!

In Saturday Morning, for new liberal Premier of Ontario, she posted on Facebook and urged and asked her voters to select the liberal candidates in the majority and they must not from NDP or PCs.

“On June 7th voters will elect a new government. I don’t know who voters will choose but I am pretty sure that it won’t be me,” reads the statement.

Wynne will promote her campaign to a large extent and select more members. She will be electing more Liberals so as to support the on-going Ontario’s Liberal annihilation.

We’re in the homestretch of this election campaign and I just wanted to say a few words about what lies ahead and my perspective on the decision left to voters.

On June 7th voters will elect a new government. I don’t know who voters will choose but I am pretty sure that it won’t be me. After Thursday, I will no longer be Ontario’s Premier. And I’m okay with that. Because, as I’ve said many times before — it’s not about me. It’s about the people of this province. It’s about their wellbeing. And their futures. It’s about their jobs. Not my job.

As Premier, I’ve tried to dedicate myself to fighting for those people. For the single mother struggling to raise a family while living on the minimum wage. For the student who’s earned the grades to go to university — but whose family hasn’t earned quite enough to cover tuition. For the dad in the 905 who has to drive for an hour stuck in traffic each day, both ways – for whom expanded GO train service makes all the difference. For the adult daughter who does all she can to care for her aging parents while she also scrambles to find safe, affordable child care for her own toddler. And for the countless other families working hard, contributing so much to our communities and counting on government to make their lives just a little bit easier, their load just a little bit lighter, their futures just a little bit brighter.

Here in Ontario, we live in the best place in the world. I love this Province. I love its people. And even if I won’t be leading this province as Premier, I care deeply about how it will be led. After a few weeks on the campaign trail, and with just a few days before people cast their votes, here’s my take on where we’re at:

People want change but, by and large, they are confident about where Ontario stands and where Ontario’s headed. For this reason, many voters are worried about handing a blank cheque to either Doug Ford or the NDP.

With a majority government Doug Ford would have too free a hand for the comfort of most people — they don’t trust his judgment. They don’t trust the choices he would make. This is a man who was only too happy to open up the Greenbelt to condo development until he was caught out. Who mused about selling cannabis in corner stores — where our kids shop. This is a man who has promised to cut $40 billion out of government services and pretends it can be done without costing a single job or harming our hospitals or our schools. This is a man who has defended candidates who speak ill of others – who smear people because of their religion or gender or sexual orientation. I don’t believe this is a man that people want to hand Ontario over to without putting him on the shortest of short leashes.

And the sentiment toward the NDP is much the same. People worry about what will happen to our economy if the NDP take power and form a majority government with nothing to hold them back. People worry that the NDP will raise taxes on small businesses, that they will take unemployment higher and job creation lower. They will permit strikes to carry on — like they have at York University — even after all hope of a negotiated settlement has been exhausted. People worry that the NDP will approach the responsibility of running Ontario’s economy with a plan that is risky and unrealistic.

So, for the next few days I will campaign hard to elect as many Liberals as possible. We will fight for our values – for a practical approach and for a government that will be kept from extremes and forced toward a better balance for the people of this province. We have a terrific team of local candidates, they deserve your support. They will fight for your votes. And I will fight for them.