Real Estate February 2018: The Changes in The Rental Cost of Major Canadian Cities! 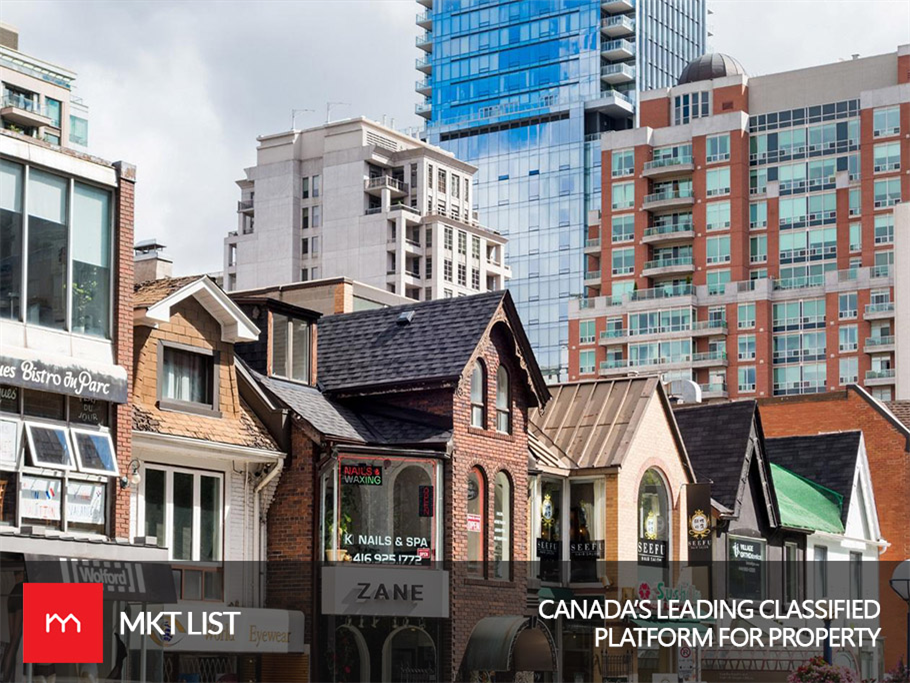 Toronto People! Give yourself a tight and warming thud on your back because you are living in the most expensive city of Canada. Feel Like an Elite Person. *wink*

We are just 10 days far from stepping into the month of March, it is highly likely to say that Toronto is an exclusive and classy city of Canada if talk about its renting cost.

Properties for Rent in Toronto have gone through a noteworthy change in renting this month for its just one-bedroom apartments. This is approx. 2% increase as per conducted in the recent report.

From January, Toronto and Vancouver both are on the top positions in the list of the most expensive cities in Canada regarding rental cost.

In this month of February, Toronto is pacing to make its highest place in the renting market of Canada. Also, its two-bedrooms rents are increasing day by day. The current scenario of one-bedrooms rent increased by two percent i.e. from $2,020 to $2,060. Keeping the same leap, the rent of two-bedrooms increased by 1.2% which is now $2,550. 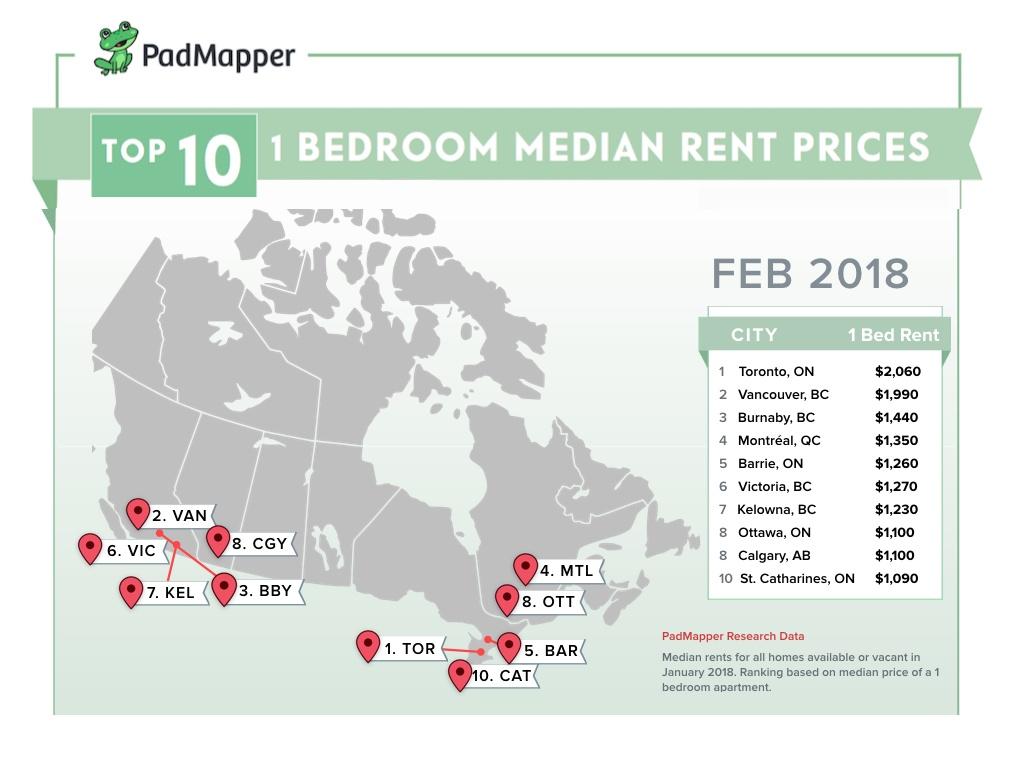 On the third position is the city of British Columbia, Burnaby. One-bedroom rent cost $1,440, an increased by 0.7% and two-bedrooms cost $2,130, a decreased by 0.9%. According to a report, “on a month to month basis, both bedroom types have rents up over 15% since this time last year.”

On number four is Montreal, its renting cost keeps increasing. For this month, the cost of one-bedroom touched the skies with 3.1% to $1,350. Similarly, two-bedrooms stood high with 5.1% to $1,660. This is to notify that in this city, one-bedroom increases by 13% this year from the previous one.

Calgary and Ottawa stood side by side on number eighth where the one-bedroom price was $1,100.

The cheapest of all like before is Windsor, Ontario. But this time, the costs of its properties is increasing gradually day by day. It’s rent for one-bedroom enhanced from $10 to $700 in February. 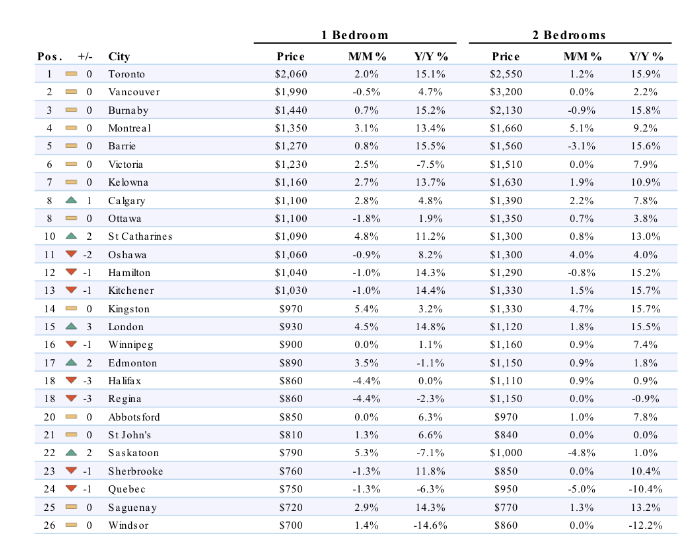 Besides all the things, Apartments for rent in Toronto, Canada are still the most luxurious and elegant of all. Be proud of yourself Torontonians!