Red Alert: The World is Going to Witness the Longest 'BLOODIEST MOON' of the Century!

The “Longest Blood Moon” of the century. The Total Lunar Eclipse is going to fall on the 27th night of July with Moon and Mars being closest in 15 years, giving sky-gazers a full bliss and thrill to their astronomical nature. 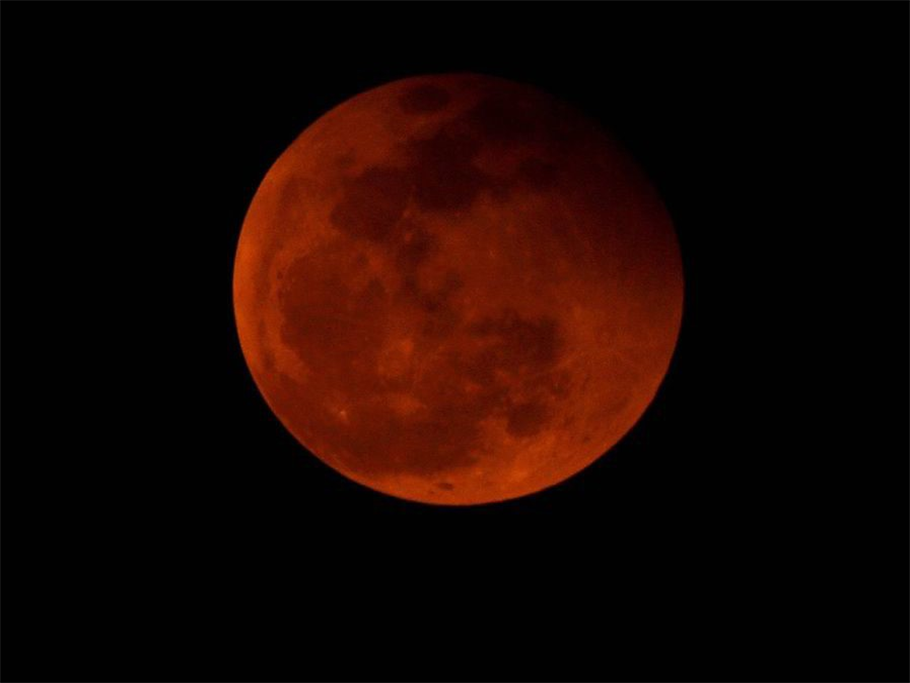 The viewers would need no eye care items and spectacle while witnessing the moon, as advise opposite in case of Solar Eclipse.

"All you have to do is... go outside!" the Royal Astronomical Society in London advises.

"Totality will last for 103 minutes, making it the longest eclipse of the 21st century!" the Royal Astronomical Society said.

With the bloodiest moon of the century, Mars can easily be seen by a naked eye floating near the moon in the sky at night during an eclipse.

Mars, the nearest planet from Earth, will look like a big, large, and bright ball, distant from 57.7 million kilometers (35.9 million miles) from the Earth’s elliptical orbit around the sun.

"We have a rare and interesting conjunction of phenomena," Pascal Descamps, an astronomer with the Paris Observatory, told AFP.

"We should have a coppery red tint on the moon with Mars the 'Red Planet' just next to it, very bright and with a slight orange hue itself."

It will be visible in Eastern Europe, Eastern Africa. From there, hits Western South America. Also, Australia and Eastern Asia will witness the Lunar Eclipse in the late evening or in the midnight as the moon will be highest in the sky at that time.

"If you want a close-up view of the moon as it turns red, a pair of binoculars is helpful," Royal Astronomical Society said.

The Total Lunar Eclipse forms when Earth, Moon, and Sun become aligned in the same path. The Earth when comes in between the Sun and the Moon blocks the rays of sunlight that usually strike the Moon. So, the Earth takes up the light and looks like a deep red ball, and when it bounces back off the Moon and hits our eyes, it gives Moon a deep, bloody appearance which gives the characteristic name of the event.

Why do we have a full moon without an eclipse throughout the year? It is because the Moon does passes on the same path but only above or below the Earth’s shadow.

It depends partly on "how cloudy or transparent those parts of the Earth's atmosphere are which enable sunlight to reach the moon", Mark Bailey told AFP.

"During a very dark eclipse, the moon may be almost invisible.”

"Less dark eclipses may show the moon as dark grey or brown... as rust-colored, brick-red, or, if very bright, copper-red or orange."

This longest duration comes in because of the fact that the Moon will come in the central region of the Earth’s umbra which is the darkest part of the shadow.

NASA also called out social media hoaxers claiming that the Mars will stay longer in the sky with the size same as that of Moon during an eclipse.

"If that were true, we'd be in big trouble given the gravitational pulls on Earth, Mars, and our moon!" the NASA website states.

"In the middle of a lunar eclipse it can look as if a red planet has taken up residence near the Earth -- they are both eerie and beautiful and I'll certainly be looking out for it!"

Unwinds the folding of nature, people!