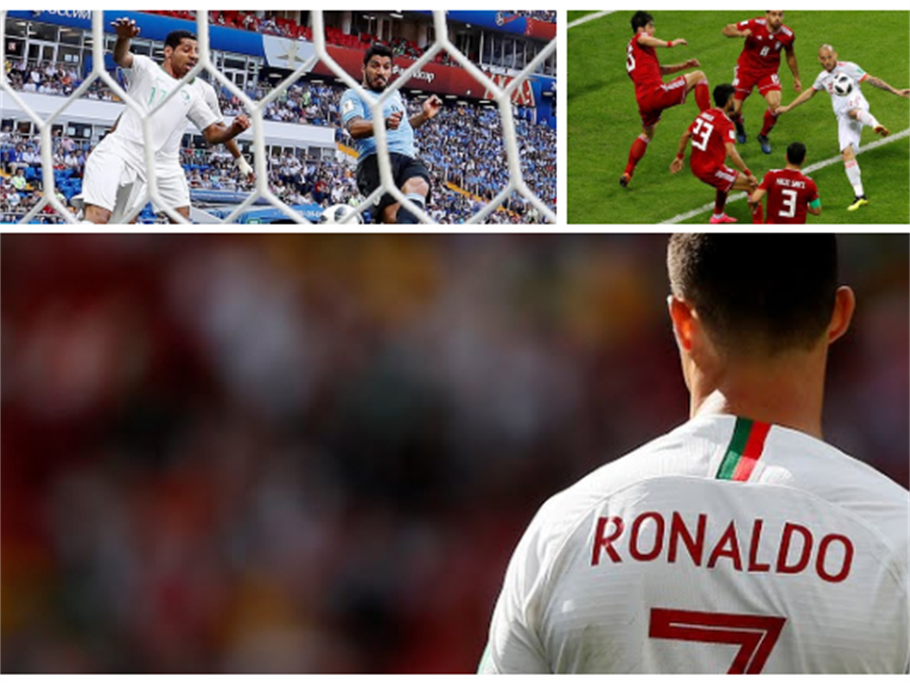 Here’s is the complete action pack round of day 7!!

The first game of the day was Portugal vs Morocco.

Portugal came into the game on the back of that

entertaining 3-3 draw against Spain, while Morocco

were beaten 1-0 by Iran last week.

The Portuguese emerged victorious after a hard

Ronaldo scoring the only goal of the match at the

4rth minute of the match and that takes his goal tally

to 4 for the tournament.

Morocco, who had a real go at the Luzhniki Stadium

but failed to convert their chances, are pointless

having also lost 1-0 to Iran and cannot progress

to the second round.

Despite their battling display, Morocco will rue the

unforgivable defending that made all their subsequent

The 2nd game of the day was Uruguay vs Saudi

Arabia. Uruguay clinched a goal against Egypt in

the 89th minute in their previous game and sealed

out of the world cup

Saudi Arabia had all the possession but couldn't break

was resilient and up to the task.

Luis Suarez broke the deadlock after sloppy play from

the Saudi Arabia's goalkeeper , misjugding the flight of

the ball from a corner left the goal unmarked, Suarez

volley it home into the bottom corner.

Uruguay qualify for the round of 16 along with Russia.

The last game of the day was played between Iran and

Spain were held by portugal in their previous match.

Diego Costa was on target as Spain secured a

crucial 1-0 win over Iran in their World Cup Group

B clash in Kazan.

The Spain striker got on the scoresheet again from

close range as their doughty opponents saw their

efforts prove to be in vain.

Group B is wide open as any of the three teams ( Spain,

Portugal, Iran) can qualify for the next round. Portugal

will be up against Iran, For Iran it's a must win game

for Portugal a draw would be enough for them to

qualify for the next round. Spain will be up against

Morocco, who have nothing to lose will prove to be a

stern test in match day 3. Spain has to at least draw to

qualify for the next round.