See Your Favorite Celebrity Couple Tessa and Scott on The Ellen Show This Month! 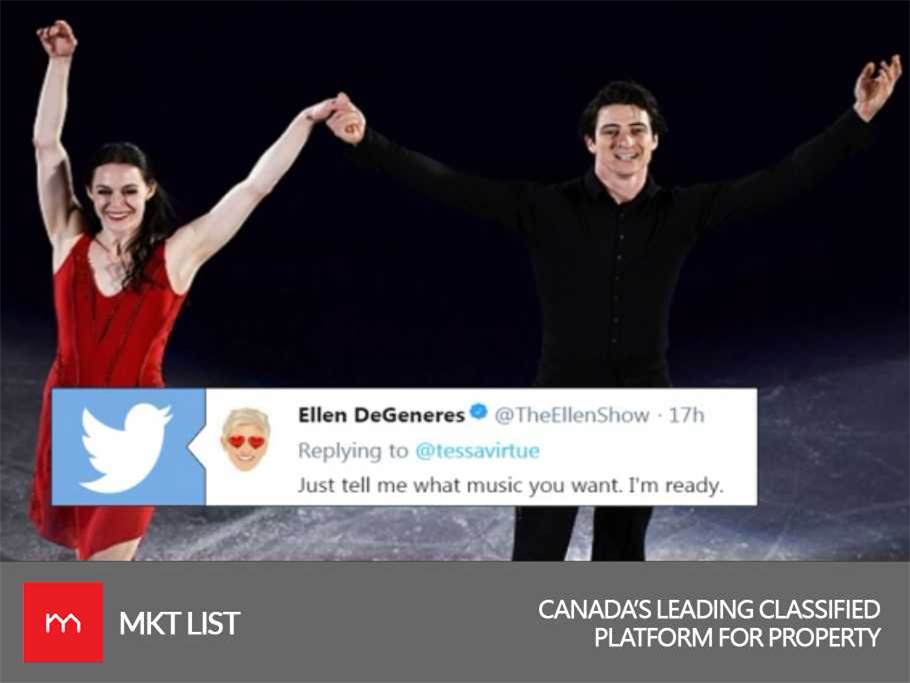 After their breathtaking performance and victory in the Winter Olympics, Tessa and Scott pretty ended up being too busy. They will soon be joining the cross-country skating tour Stars on Ice. Tessa also has been given a title of the first Canadian brand ambassador for NIVEA.

Keep waiting anxiously as the couple will be out for some days to Los Angeles as they have been invited as a guest on The Ellen Show.

Wouldn’t it be cooler?

Maybe if they meet up Ryan Reynolds on the set, they would probably be talking about their retirement plans and such other funny things. *wink*

Ellen’s executive produce, Ed Glavin announced their appearance on the show via twit on Monday afternoon.

Tessa was really excited and couldn’t keep it secret when she twitted about her and Scott appearance in the show just for their huge number of fans. And guess what? Ellen asked in a comment, as what would be their entrance music.

And of course, there will be many surprises kept hidden for both Tessa and Scott.

As the show previously has showcased many great performances, just think, what would happen it Ellen ask the couple for the performance? Of course, they both completely would make the day of everyone. Maybe Ellen will also join them on the stage. *wink*

As Ellen really loves to make her show worth watching by dancing in the show, she can ask the couple to show us some of their dance routines, not on the ice but on the stage.

They are known to be the Winter Olympic Lovers because they had so much chemistry in the games, though they said there is nothing in between them like this.

But Ellen knows how to ask questions and how to make people answer them, she can take them to a point where they will have to confirm what everybody is thinking about their relationship.

For some spicy questions and answers and their spectacular performance, set a reminder for March 20, as they are going to appear in The Ellen Show on the coming Tuesday.

Nevertheless, The Ellen Show airs every day except weekends at 4 pm EST on CTV.