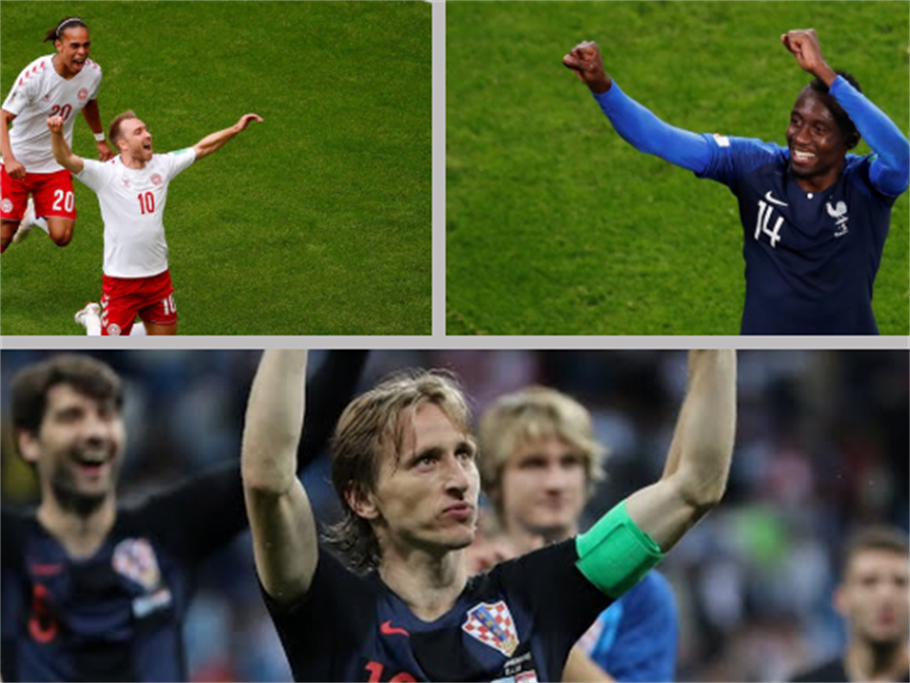 Day's first game was played between Australia and Denmark. Australia's last game was against France, they lost 2-1. While Denmark won 1-0 against the South American side Peru. Australia kept their World Cup hopes alive as a contentious penalty awarded using VAR technology earned them a 1-1 draw with Group C rivals Denmark.

Christian Eriksen's superb opener on the seventh minute of the game was evened out by Mile Jedinak's penalty as Denmark and Australia drew 1-1 at the World Cup on Thursday to ensure Group C would go down to the final round of matches. The Danes are now at 4 points. Denmark now know that if they beat France in their final game, they will win the group, but if they lose they might be going home, and should Peru beat France this afternoon, a draw might not be enough. Australia know they must beat Peru in their final game to have any chance of making the last 16.

The second game of the day was France vs Peru. It was a must win match for Peru as they lost their previous match against Denmark. While France were victorious against the Australians 2-1. A win would guarantee their qualification for the next round.

Mbappe scored his first gaol of the World Cup and became the youngest goal scorer for france at the World Cup finals. France won 1-0 and that's Les Bleus through to the final 16, and it's goodbye Peru. Sad times, personally I think they deserved at least a point there. Peru played much better than their last game, threatened the Las Blues goal numerous times but couldn't get the break through. They came as close as hitting the post from Aquino shot from the edge of the box.

France became the third team to qualify for the round of 16 after Russia and Uruguay.

The last game of the day was played between Argentina and Croatia. The biggest match of the World Cup so far. Argentina need this; Lionel Messi needs this; but so do Croatia. It's true that Argentina could lose tonight and still qualify for the last 16, but they're absolutely desperate for some form.

ARGENTINA 0-3 CROATIA! CROATIA ARE THROUGH TO THE LAST 16, WHILE ARGENTINA'S PROGRESS IS NOT IN THEIR OWN HANDS. A dreadful Willy Caballero error handed Ante Rebic the chance to give Croatia the lead midway through the second half – a chance that he took with aplomb.

Luka Modric added to Croatia’s lead with a sublime second on 80 minutes, and Ivan Rakitic took advantage of an AWOL Argentinean defence to tuck home his side’s third in stoppage time.

A disjointed and ineffective Argentina rarely looked like getting anything out of the match, and the result leaves them facing the prospect of an early exit from the tournament.