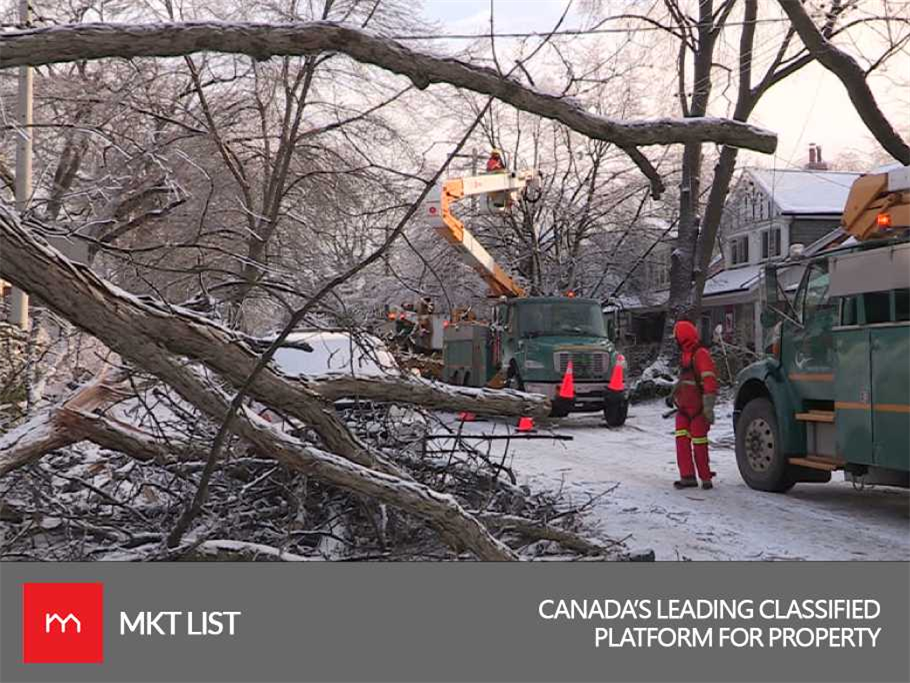 Not anybody can tell how it felt when April brought stormy days in place of blooming flowers other than the people living in Ontario and Quebec. The saw how badly the winds, rain, and snow caused destruction in the provinces in the early days of April.

According to a report by Catastrophe Indices and Quantification Inc. (CatIQ), this stormy month caused around $85 million insurance damage.

"A review of recent severe weather damage shows that insured losses in Ontario alone have now surpassed half a billion dollars over the past twelve months," an Insurance Bureau of Canada (IBC) news release issued Monday reads.

Unimaginably, around 145,000 power outages resulted because of the heavy storm. When the wind blew heavily, breaking all its previous records in the Southern Ontario with a rate of 100 km/h, put down a home development near Niagara Falls. The raging and angry winds were so killing that it messed up with anything that came in its away. A report recorded that the wind pushed over a crane in Mississauga at a construction site of Erin Mills Parkway and Highway 403. Thank God, no injuries were noted.

A major road blocking happened on Highway 400 in Barrie, Ont. because of heavy snow, causing around 50-car pileup.

"Insured losses from storms such as these are increasing rapidly. However, this is only part of the picture," said Craig Stewart, IBC vice president, federal affairs. "Taxpayers are also bearing the brunt of these costs since many losses are uninsured. We are witnessing more frequent, intense storms which we now know are attributable to climate change. The present costs of climate change are real which is why urgent action is needed on adaptation as well as mitigation."

This year, spring seems kind of tricky in the Eastern Canada as IBS says it is just the starting, God knows what would happen next.

IBC has created the following report regarding the destruction caused by the weather and it revealed a damage of around $500 million, taking into consideration 12 consecutive months.

IBC warns every homeowner to check their home’s insurance policies and whether it provides overland flood protection or not. Be prepared for the blast!