The little Raccoon Got an Overnight Sensation on Social Media! 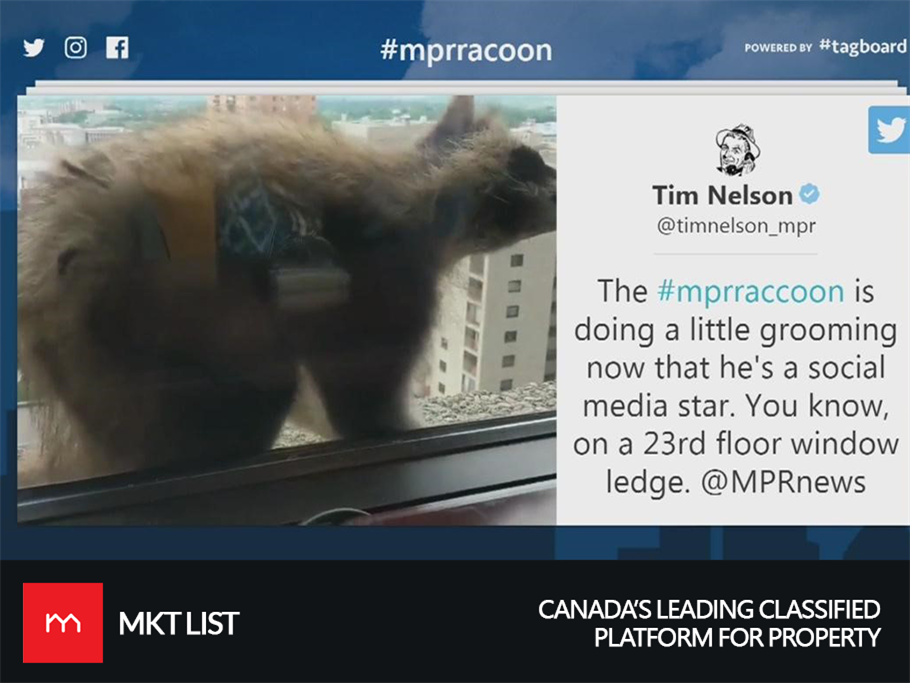 The recent update- the highly curious creature “Raccoon” catch everyone’s eye. An internet brings the news for its users about the little raccoon when he stuck on the ledge of a high-rise building.

According to MPR News on Tuesday in downtown Saint Paul, Minnesota, a little raccoon founded on the ledge of a high building. He jumped to the roof of a two-story office and then started climbing up the walls of UBS tower.

According to the MPR News reporter Tim Nelson, The lust for Pigeon’s nest took him to high building. He was finding a way to the Pigeon’s nest when he stuck on the wall. It’s almost two days, the little guy has left with no food or water.

The little raccoon got an overnight sensation on social media. He became a star in a day and won the heart of the people. The guy got hashtag in the United States.

Minnesota's state wildlife rehab center and St. Paul's animal control were called by the people. People requested them to help the little guy. 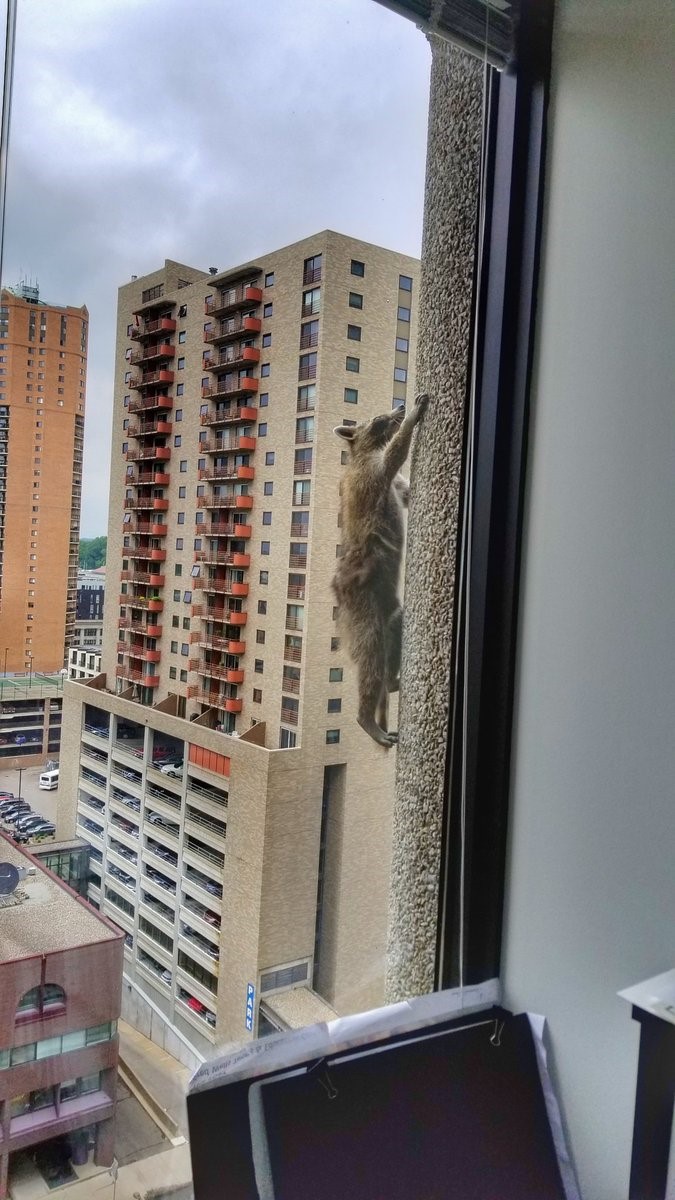 According to the local fire department chief, it is not the good option to send a man to rescue the raccoon but the team is planning some traps to save the raccoon.

The little Raccoon has to get to the top of the building in order to be saved.

People across and behind the building have been taking the photos of this little guy and posting it on every social site.

Everyone is worried about this little guy safety. Animal rescue department put an "aromatic food" on the roof and they are hoping him to follow a trap.

Nelson, who has been live updating everyone, tweeted. "Fire officials say they can't in good conscience risk a life." Let’s just hope for his life

·         Tim Nelson: @StPaulFireDept District Chief Alan Gabrielle is taking a look, but says it's likely too risky to put anyone over the side of the building for the #mprraccoon

·         Paige Donnelly law: He is on the ledge on our floor. He seems to be doing well. We’ve been told that the building has live traps on the roof and are trying to get him to go up there. We all just have to keep our fingers crossed.. #mprraccoon

The current news is that the little guy has successfully got up to the roof. Hoping good for the poor pal!