The Negative Impact of US-China Trade War on Canada! 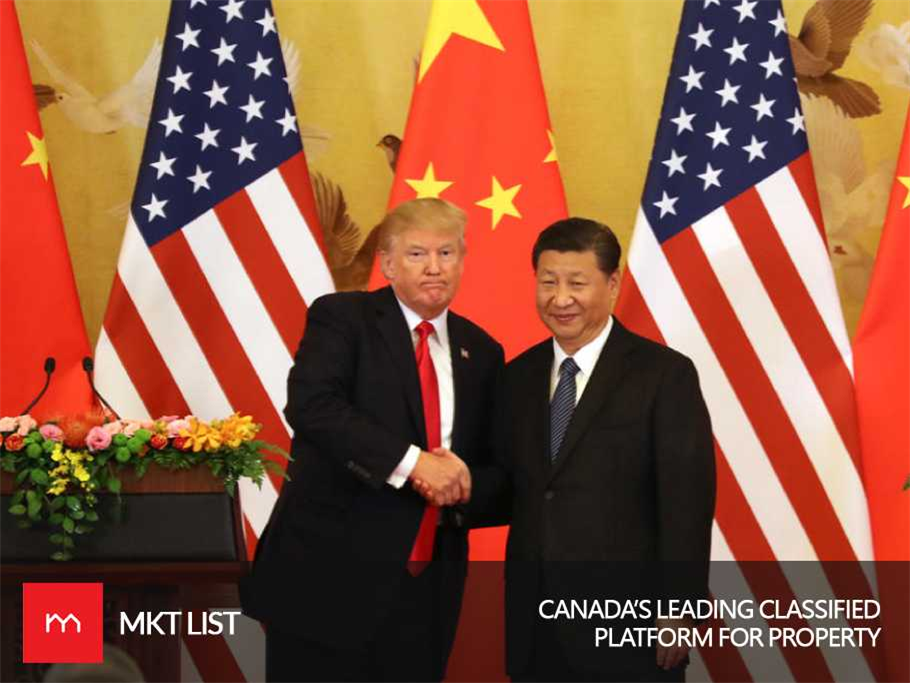 The trade war running in between US and China is expected to bring many benefits to Canada. But some experts warn the country that the overall outcome of the war would be negative and it would affect the country’s economy negatively.

"Any Canadian businesses that are selling products that could be substituted for Chinese products that have the tariffs being applied could benefit from this," said Craig Alexander, senior vice-president and chief economist of the Conference Board of Canada.

"But overall it's going to be a net negative."

China has proposed a $3-billion list of U.S. goods and US announced a total of $60 billion US of tariffs on Chinese goods.

As the target of the trade would remain light and thin, the details of the products are going to outline in two weeks.

The Chinese government said an increase on 25% on pork and aluminum scrap will be notified in response to Trump’s idea of 25% charge on steel. The second category includes wine, apples, ethanol, and stainless steel pipe with an increase of 15%.

This, in turns, has a great potential towards the Canadian firms especially agricultural in exporting, in order to dismiss some high-priced American goods.

"They go after American pork exports and Canadian pork exports to China might be expected to pick up some of the slack," said Robert Wolfe, professor emeritus for Queen's University's School of Policy Studies.  "So certainly the pork farmers stand to benefit."

Lynette Ong, an associate professor of political science at the University of Toronto's Munk School of Global Affairs said that if the US do the same and replace Chinese then there would be great latent towards alternative markets.

"Canada is likely to be a benefactor in this respect," she said. "We will see China intensifying its efforts to negotiate bilateral free trade deals with Canada and other countries."

Alexander said that Canadian steel industry would possibly be considered as an alternative firm and can gain market shares in North America as Chinese Steel has large tariffs.

Joy Nott, president of the Canadian Importers and Exporters Association said that Canadian retailers can see a shift in the business as the dispute would cause an increase in the price of consumer goods in the US.

But Canada would see a little fluctuation in its economy overall.

"We're really affected by what's happening to global demand," Alexander said. "This is going to overall weaken the global economy."

If the dispute continues to prevail, both the countries would equally suffer from a business and export problems.

As weekend Chinese economy would cause product prices to be significantly dropped leading to Canada deprive of its raw material export to Chinese.

Nott said that Canada and the US are so linked that if something wrong happens to one, the other will be equally affected.

"The severe backlog of rail shipments in western Canada would significantly limit the potential for Canadian farmers and exporters in Western Canada from taking advantage of new export opportunities," he said.

As Canada and the US have their trade issues because of NAFTA and Trump is now looking to China, do you think the president would yield a positive response to an agreement?

"Perhaps if his constituency gives him credit for standing up to China, it gives us more leeway to negotiate a deal on NAFTA. Maybe," said Alexander.

"Reading the tea leaves in the current environment is extraordinarily difficult."

Wolfe suggested that NAFTA has its own way of tracking and only because of a stupid trade war between the US and China, Trump won’t look away from the deal.

"He's quite happy to have more than one disruption going on at a time."

See, what will be the outcome. Till then keep clicking MKTLIST.