These 44 Toronto Restaurants Failed to Get Through the Winters, RIP! 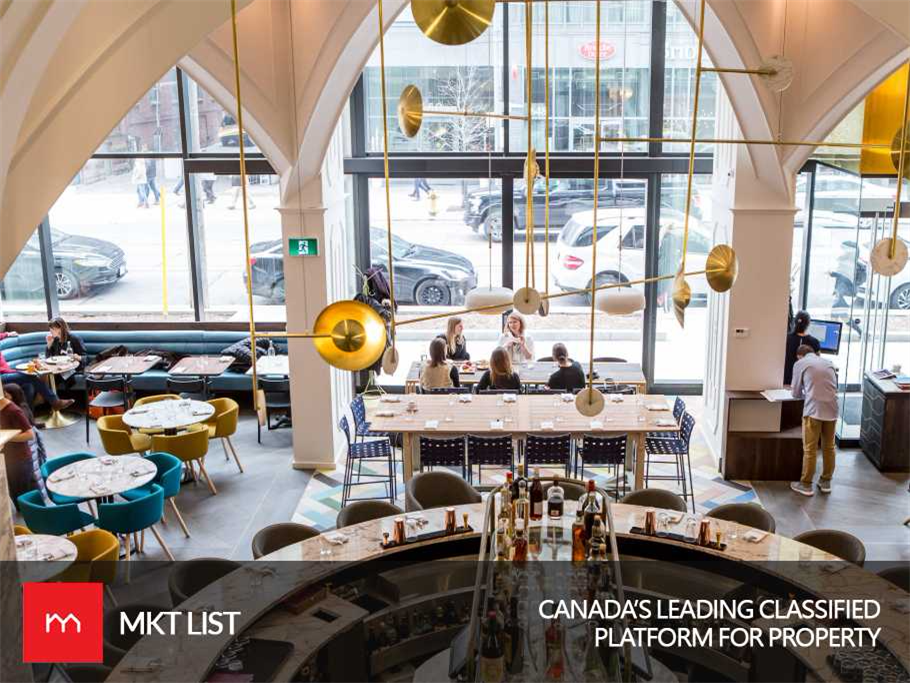 As spring is on its way to Canada. There is still something really heart-wrenching…

Oh no! No one has died. It is just some pretty great restaurants of Toronto have sort-of died. *wink* Yes, due to the deadly season of the year, the following restaurants didn’t get any chance to re-establish themselves and slipped out of the grounds of Toronto. *May they rest in peace*

Following are the restaurants that are now closed in Toronto. Check them out!

The Indian restaurant and buffet in North York is no more.

The former sandwich shop on Manning and Dupont has closed for good.

The Thai Kitchen at King and Strachan has shuttered.

The St. Lawrence Market-area purveyors of sushi, ceviche, and poke has gone belly up.

After 15 years, this sushi and sake bar served its last order of Spicy Rock Shrimp on March 18.

The restaurant in Leslieville has already been replaced with Core, a new seasonally-driven Canadian bistro.

Both the College Street and Yorkville delis served their last smoked meat sandwich before the change in seasons.

After two decades on The Danforth, the pub (relocated in recent years to the corner unit at Pape) has been replaced with the third location for Bar Hop.

This chicken joint from David Adjey has ceased operations at all Toronto locations.

The veg haven and DIY venue on Bloor threw a punk rock farewell and then closed its doors for good in February.

The Momofuku restaurant (along with Shoto) has shuttered and is soon to relaunch as a new restaurant concept.

The Neapolitan pizzeria on Eglinton at Castlewood turned the ovens off for the last time.

While the OG chippy in Kensington Market is still going strong, the outpost on St. Clair West is soon to be replaced by the TapWorks Pub.

In another blow to the St. Clair West area, this 16-year-old Peruvian restaurant closed before the end of January.

Six-years in, the confection shop in Liberty Village shuttered its retail operations after Christmas Day.

Cottage-goers can mourn the loss of lakeside tacos though, reassuringly, a post to social media reads “be not upset as this book has many chapters remaining.” Not to mention that taqueria is expanding in Toronto.

The Kensington Market bar has closed after 23 years.

The Annex location is shuttered though the chain of gyro and souvlaki makers are still cooking at outposts on Queen West, and on King West.

The cafe and source for healthy eats on University is permanently closed.

The Bloor West Village local has poured its last pint.

The shortlived Bloorcourt bar and music venue has closed and has already been replaced with Wasted Youth.

The Italian restaurant might have shuttered but the same owners are opening Frankie’s Italian, a new spot serving all day brunch and favouites from the old country.

The Thai restaurant at the Shops on Don Mills has closed after almost 15 years of service. Salad King from the same owners is still in business at 340 Yonge Street.

The Leslieville location on Gerrard is closed and signs in the window indicate that Black Jack BBQ is going in.

The Cabbagetown cafe closed this winter after seven years on Parliament.

The greasy spoon at the corner of Dundas and Mutual closed this winter after six decades serving Toronto.

The lowkey bar in Bloordale Village is no more.

The restaurant on Elm Street closed December 22 after the owner announced her retirement and sold the building.

The French-patisserie in a shipping container at Market 707 closed for good on Christmas Eve.

The bacon-centric sandwich shop has closed the doors to its Ossington location. The OG outpost on Queen East is still going strong.

This Liberty Village pioneer is now closed after 21 years in business.

Along with the aforementioned Daisho (above) this top tier Momofuku has shuttered to make way for something new.

The Queen East restaurant suddenly shuttered much to the neighbourhood’s dismay.

The Italian stalwart at Yonge and Eglinton has closed for good.

The retail pantry on Roncesvalles has closed as the owners shift focus to its wholesale business.

The arcade bar in The Annex might be closed but Tilt has already relocated to a new address on Dundas West.

The Caribbean-Pinoy food vendor at the Gordo Food Court in Kensington Market has shuttered while the owners focus on new projects.

The Tex Mex bar and grill shut down after falling behind in rent payments.

The restaurant in the Beach(es) has served its last brunch buffet after 27 years.