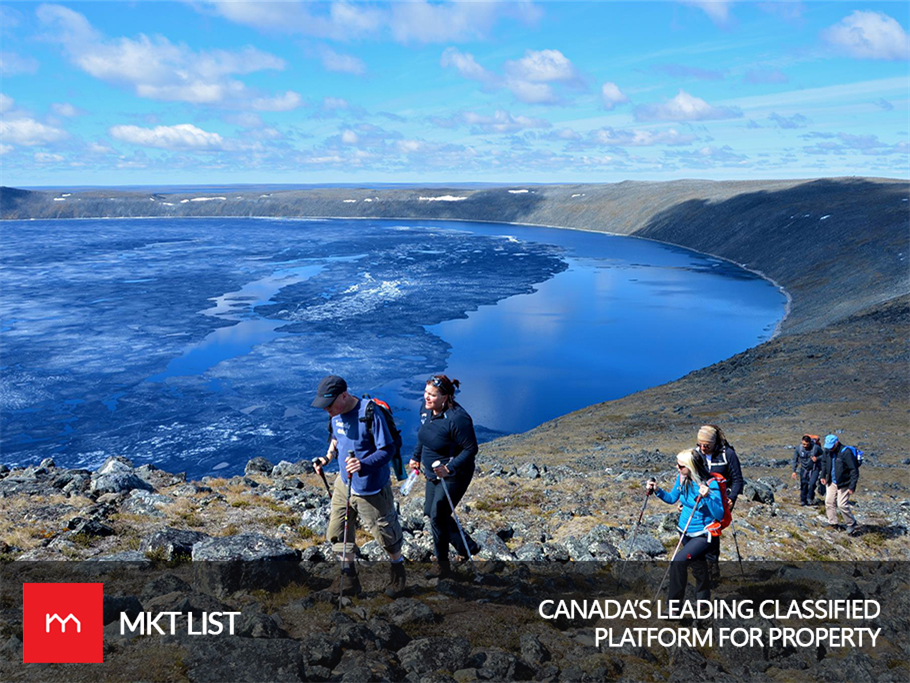 A lot of you might believe Canada to be a boring country, but it is far from boring; it is home to places out of the ordinary. Here are 10 such places which you should definitely visit in 2018. The surface of this lake consists of various colored pools that seem to be spots on the surface in the summer when the water dries away. It is considered sacred by the First Nations of the Okanagan Valley, believing it carries healing abilities. These spots have different colors such as blue, white, yellow or green; the color largely depends on the mineral deposits underneath. A walking path around the pools is formed when magnesium sulfate is hardened in the lake. Although the area is protected from tourists and corporations by a fence, it can be viewed from highway #3, about 9 km west from Osoyoos. Have a lot of bottles of embalming fluid lying around and have nothing to do for the rest of your life? Well, if your name is David H.Brown and  you collect them for fun; you can collect even more and build an entire house out of those bottles. There are around 500,000 bottles or 250 tons of glass and they are enough to build your dream home. However the dream for David H.Brown didn’t last long as it became extremely popular and he had to move away and turn it into a tourist destination. The house is located on the east shore of Kootney lake, about 3 km from Boswel. This place is perfect to imagine ghosts roaming in these bent and eerie looking aspen trees, their low hanging and twisted branches and creepy atmosphere that spooks out most visitors. Researchers say that these trees are a result of genetic mutation, yet it is mystery what caused the mutation as the aspens down the road are completely fine, this has been a topic for conspiracies such as meteorites, radioactive ground, and involvement of aliens. This odd word means pimples in English, although the place looks like a gemstone, also believed to be the purest freshwater reservoir on earth. The crater looks like it was formed by a meteor crashing into the earth around 1.3 million years earlier ago. The place is quite remote yet popular enough for camping in summer and winter, that you will be able to find comfortable beds, a place to shower and even Wi-Fi. Gophers are already pretty adorable but the people of Torrington decided to take onto another level by stuffing them and dressing them up in cute little outfits, you can see gophers camping, playing hockey, going to the saloon etc. This peak named after the Norse god of Thunder is home to the world’s largest vertical drop at 1250 meters, almost two and a half times furthers down than Toronto’s 553 meters CN Tower. The mountain is very popular but scaling it is no easy task, if you’re not up to the task you can just camp in the distance. It is advised to go mid-June to mid-August when there are fewer chances of storms. St. Lawrence river is a mirror to over 100 stones and wood figures. Its haunting how their tall, narrow bodies give a dark and gloomy appearance. Little did the Canadian artist; Marcel Gagnon know that the figures he created to study for his paintings would become this famous and the main center of attraction. City of Thunder Bay shows a sight of Sibley Peninsula where a 4km long “sleeping giant” is to be seen over the 250m cliffs.  Legends say that the Ojibwa people were given directions to a silver mine by the Spirit of the Deep-Sea Water, Nanabijou, in exchange for keeping it a secret. The Ojibwa became famous for their silver jewelry but Nanabijou wasn’t so lucky. The story got out and he was turned to stone (aka the sleeping giant) There is a desert filled with sand dunes, cacti, lizards as fast as lightening called skinks and hog-nosed snake in Winnipeg. In Spirit Sands, the 4km2 dessert is a leftover of a delta formed in Assiniboine some 15,000 years ago. It will be wrong to call it a desert since it receives a lot of moisture as compared to any desert but considering that its located in such a cold and snowy province, naming it a desert won’t do much harm.

If you liked reading this article, don’t forget to subscribe to our weekly newsletter at Mktlist.ca.