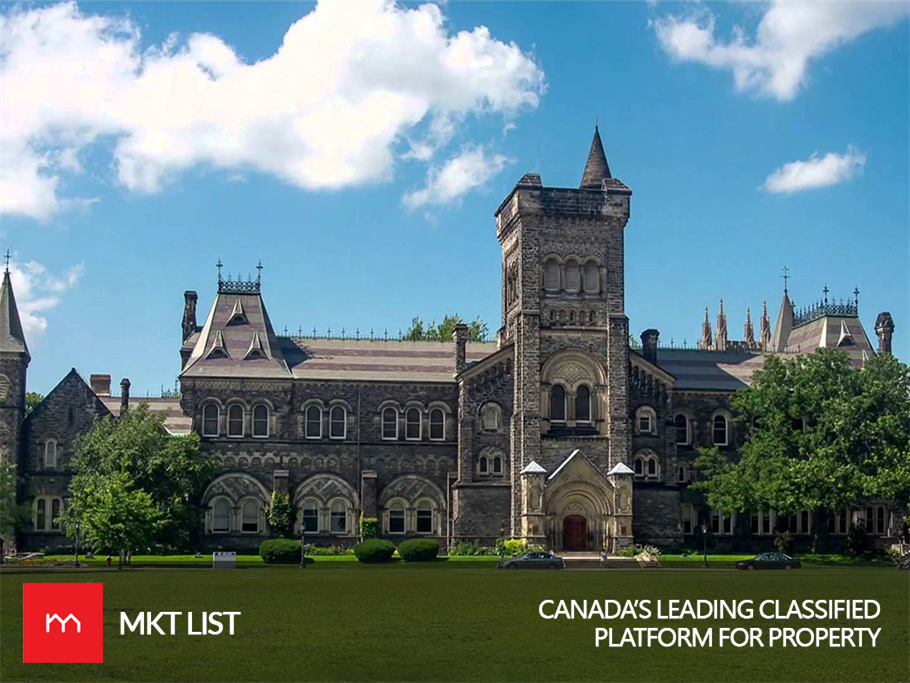 Vacations are over and it is sad when you have to wake up in the morning so early. I know it is always hard to pull that comfy blanket over you when the clock just strikes 7:00 AM ‘coz I too am the victim of it. Meanwhile, your bed reciprocates in a manner of a secret admirer who always calls you back when you are about to leave forever (Wait, you can’t just leave your bed...forever.) Well, sorry I am not going to help you out in this, you just have to change your routine by yourself. I-Am-Feeling-Like-A-Free-Spirited. *wink*

On a point, some of you are going to start their high-school while others are thinking to enroll in a university of their choice. And when you are admitted to a university, studying your future profession easily, then your campus and learning become zestful and delightful for you. As QS World University Rankings for 2018 are here, of which Canada’s four universities are among top 100 and nine universities are enlisted in top 300. But before that read about the following top 10 universities of Canada and set your mind for the great future ahead. Surrounded by Queen’s Park, University of Toronto once again hitched the McGill University and stands before it on the spot 31st this year globally. This university was founded by the members of Royal Charter in 1827 by the name of King’s College. The university allows a total of 88,700 students in its three campuses in the city. Majorly, known for its research work for the discoveries of insulin and stem cells. Canada’s most prestigious university is located in Montreal, stands on 32nd this year on the ranking. It was founded in 1821. It has approx. 40, 500 students with 25% international students in it. Every year the university offers the opportunity for international students from 150 countries. Known for its 50 Research Centers, allowing the highest number of Ph.D. students, the university also has a maximum of Rhodes Scholars (142) and Noble Prize winner (12) in comparison with other Canadian Universities. The university was established in 1908 in combination with McGill University but soon it obtained its independent face as a University of British Columbia in 1915. It stands on the 51st position this year globally but considers as a third-highest university in a country. The university presents in Vancouver and Kelowna, offering a place for 62,900 students, included in it 14,434 international students from 162 countries. Located in Edmonton, the university was founded in 1908. It is ranked on 90th position alongside Korea University, South Korea. In a Canada, it is listed in top 5 Canadian universities. This public research university offers 37,830 students from a total of 143 countries. It blesses Alberta’s economy by contributing CA$12.3 billion annually. This topmost French-speaking university was founded in 1878, making its position on number 130th this year internationally. Not only that but the university is among the top 10 employers in the Montreal region. Its main campus is located near Mont-Royal towards the northern slope. The university plays brilliantly its role in research faculty and its research profits are beyond half a billion dollars. This year, McMaster University stands on 140th place. This was first established in 1887 in Toronto but soon it moved in Hamilton in 1930. Its main campus is located in the neighboring residential areas of Ainslie Wood and Westdale, alongside Hamilton's Royal Botanical Gardens. Majorly, known for its Medical school, it also provides 70 research centers and institutions. Named after the Waterloo Park as it stands near it, University of Waterloo is the youngest one among all for the reason that it was established in 1957. It is present in Ontario and is ranked on 152nd position universally this year. To present date, it has approx. 36,670 enrolled students, of which 37% are non-Canadian. It provides highly prestigious academic experience; Western University occupies a position of 210th in the world this year along with University of Antwerp, Belgium. Present in London, Ontario it was founded in 1878 and formerly known as University of Western Ontario. It has currently 28,800 students studying. The university was established as the Calgary branch of the University of Alberta in 1944 and became an independent university in 1966. In this year, it is ranked 217th in the world. However, it still is in the top 10 universities of Canada. It is divided into five campuses, of which one is present in Qatar. It is a place of various outstanding inventions of time including the neurochip. It a public research university in Kingston, founded in 1841, the oldest university anteceding the foundation of Canada after 26 years. Many famous people had studied in the university and including among its prominent alumni are Elon Musk Gordon Nixon etc. As per this date, it has 22,461 students currently studying there in which 10% are international students.

Other Canadian Universities Ranking in the World:

Undoubtedly, Canada is also good in academic point of view. I hope the article finds important to you in choosing the right university for your career. Do click on the articles relating to the dorm room ideas and befriending with your roommates. Happy Studying!