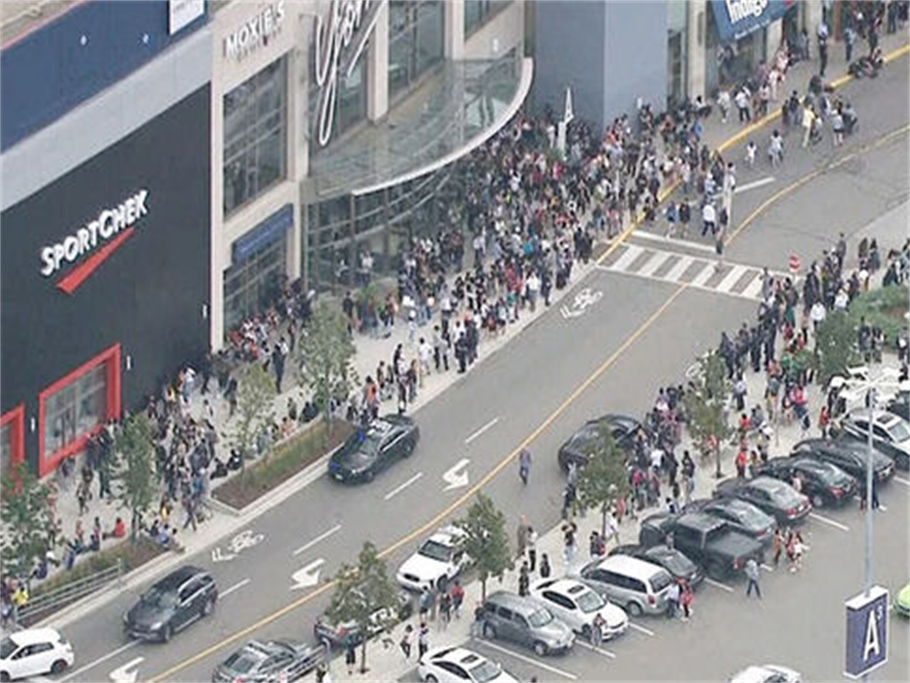 Investigators have determined that an dispute broke out between two groups of men in the southeast corner of the mall, he said. At one point, one of the men pulled out a gun and fired at least two shots.

The men escaped the scene, he said. Earlier, police tweeted that they were looking for two men in their 20s, one of whom may be carrying a handgun.

Mall closed for the day

"We are in the process of interviewing witnesses and looking for evidence," Johnson said.

No one was hurt as a result of the gunfire, he said. However, two people were treated for minor wounds trying to escape, he said.

Earlier, paramedics said they transported one person to hospital for a medical issue unrelated to gunfire.

The mall tweeted that it will be closed for the rest of the day for the investigation.

"Yorkdale is secure and we are co-operating with police to safely evacuate the centre," the mall said. "We expect to open as scheduled tomorrow morning at 10 a.m."