Trump in high hopes with a shortlist of 5 to replace Nikki Haley as UN ambassador! 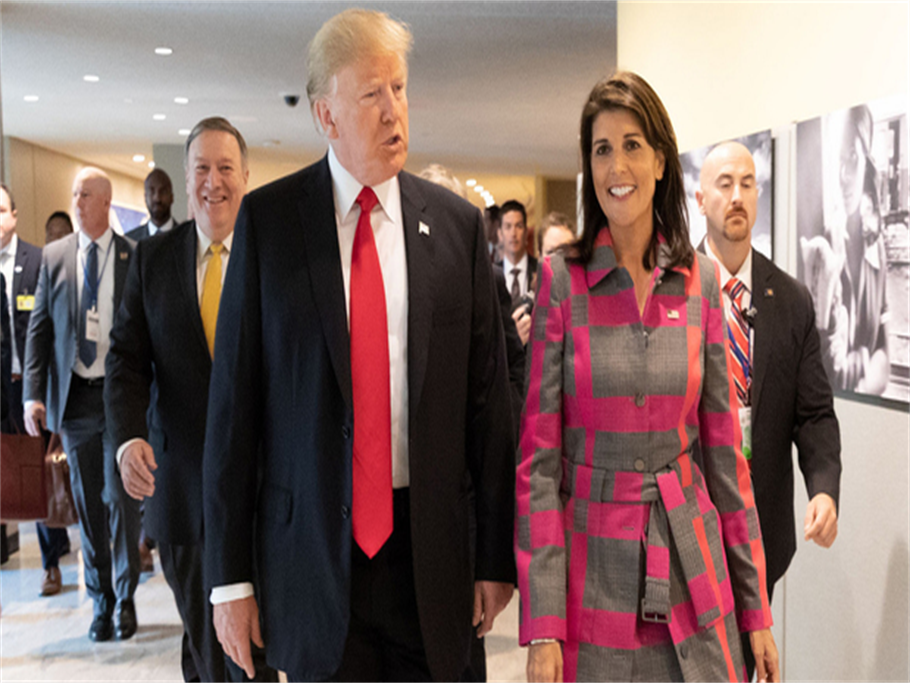 'That replacement will not be me,' Ivanka Trump says

Nikki Haley opened up on Tuesday she would resign from her position as US ambassador to the UN, not remaining at the position by end of 2018.

The President of the United States is already in a mood to find a replacement for Nikki and searching for it.

Trump did accept Haley’s resignation and stated at the meeting that she had revealed some time back that she would continue to serve not more than 2 years. Trump said that “She could have "her pick" of roles if she decided to come back to the administration”

This was no surprise for Trump as soon after the announcement, he started his hunt to replace Haley, revealing a list of 5 people from which the selection would be made. It also includes Dina Powell, the previous national security adviser.

Outside the White House, Trump opened to reporters that he has ears on his daughter’s name – Ivanka’s name being talked about for the position, which he believes could be “incredible” in the role but can’t do it because people will accuse him of nepotism.

"I know that the president will nominate a formidable replacement for Ambassador Haley. That replacement will not be me," she tweeted.