U.S. Senator John McCain Dies at the age of 81 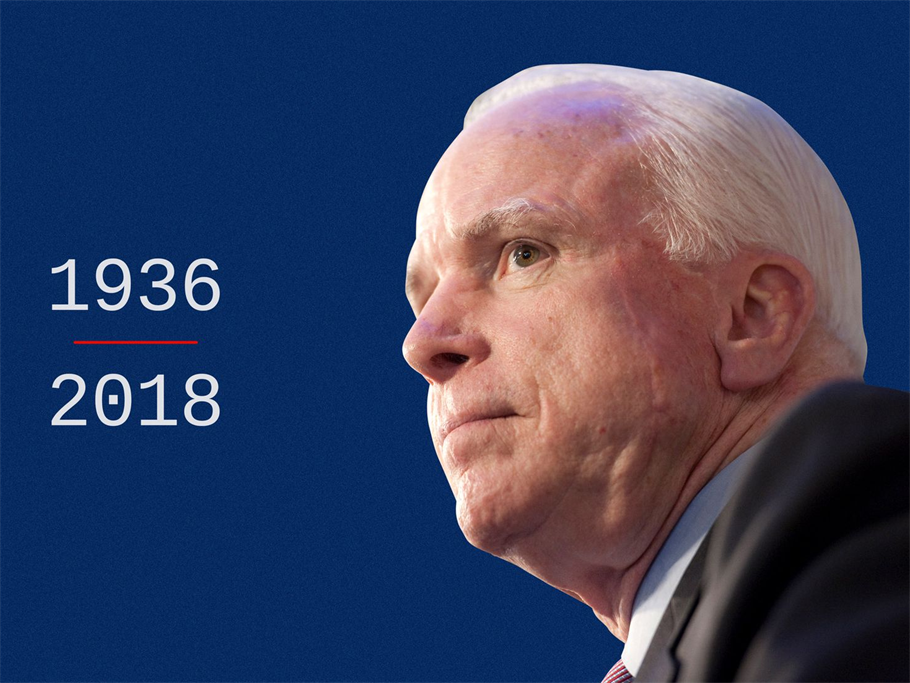 The Senator from Arizona – John McCain, a previous Republican presidential nominee and a prisoner of Vietnam War, died on Saturday at the age of 81.

McCain was diagnosed with brain cancer in July, 2017. He went for a routine physical checkup which exposed the blood clot near his eye. Though he got into a surgery to remove that, the doctors concluded that to have happened because of glioblastoma – a tumor. McCain decided to stop his cancer treatment the previous week.

The family declared his death on Saturday in a statement. Praises came for him from both current President Donald Trump and former President Barack Obama.

Although the disease he had was “very, very serious” as described by the doctors which they even told “a very poor prognosis”; this all did not delay McCain from his work in Senate.

In December 2017, he was hospitalized due to a viral infection and came to Arizona for recovering. He also had a surgery for intestinal infection in April at the Mayo Clinic in Phoenix.

McCain was born on 29th August, 1936 at a US air base in Panama Canal Zone. He went to a respected US Naval Academy at Annapolis, Maryland. He was a fighter pilot and did his duty aboard US aircraft carriers in 60s.

In 1967, Oct 26th McCain had his plane got shot in Northern Vietnam on a bombing mission. He was in their captivity for five and half years during which he frequently got beatings resulting in injuries. In 1973, he got released after his captors thought him of no value.

He first ran for presidential race in 1999 which he lost but the 2008 presidential elections were quite successful. He won in New Hampshire and South Carolina.

The senator has left a wife and seven children, including famous author and nationwide radio personality Meghan McCain.