Was it Really Ryan Reynolds in Celine’s Music Video for Deadpool 2? Spoilers Alert! 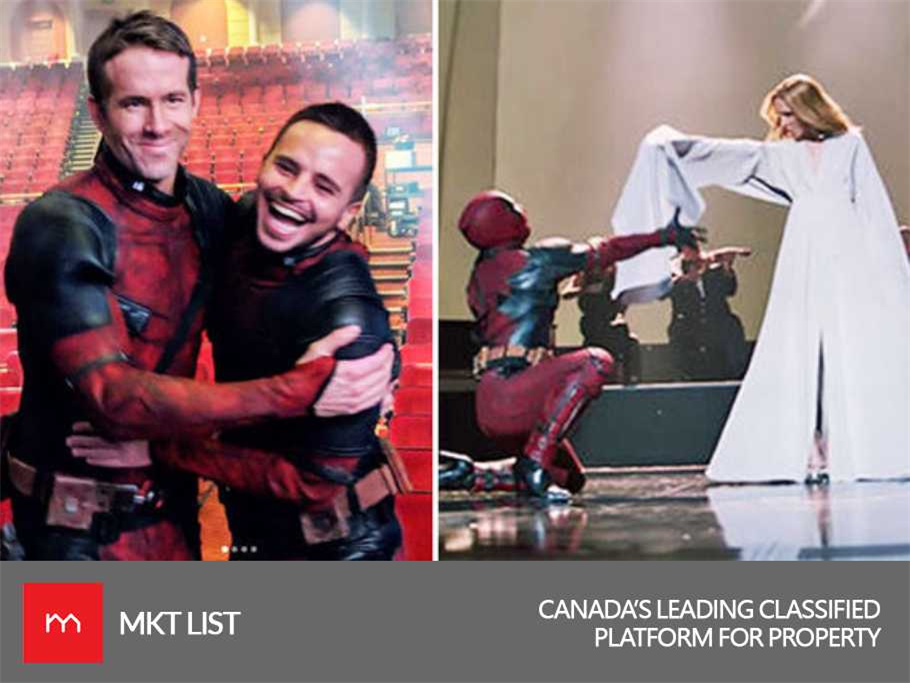 Deadpool 2 is almost here to show you some actions with a bit of laugh. For the sequel, Celine Dion, a famous Canadian singer, has sung a song, kind of 1990s ballad, and I am sure everyone has already heard it and got used to it. But do you really think Ryan was the one dancing with extreme emotions in the video? Well, well. Scroll down to hear a news, I mean read a new. *haha*

In the Music video for Deadpool 2, Celine sings enchanting stridently like she always does. During the course, Deadpool shadows itself around in the deserted concert hall. But, when the video reaches 1:46, the show really begins. There may be an illusion that it is Ryan Reynolds. A big ‘NO’ because it isn’t he. That is Yanis Marshall, with some attaining and eye blinking performance reviewed on an Instagram.

The highly skilled professional and a tutor Marshall engaged by the Broadway Dance Center. He was also a finalist on Britain’s Got Talent in 2014 and is the new choreographer of Cirque du Soleil’s Zumanity show in Las Vegas.

Deadpool 2 hits the theaters on May 18. Josh Brolin who also played his role as Thanos in Avengers: Infinity War, is Cable in the Deadpool 2.

Visit our link for showing support for the cause: https://www.mktlist.ca/icare