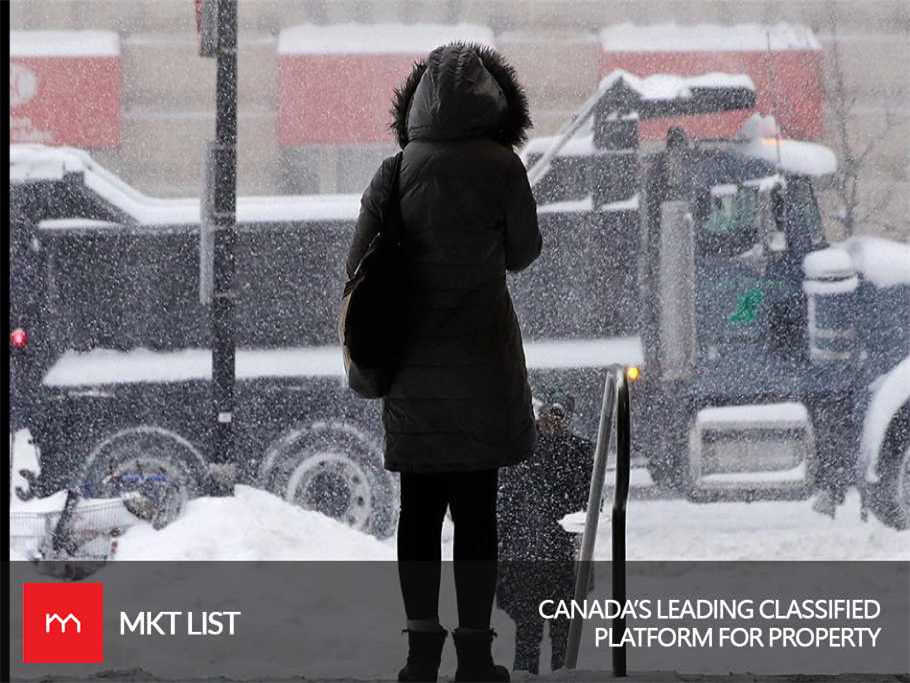 It seems that the weather is not going to leave us soon. Weather forecast suggests Winter Storm Quinn will continue northward from the US and will reach southern Ontario and southwestern Quebec tonight with light snow, and in some places, rain.

There’s going to be snowfall in Toronto, Ottawa, and Montreal regions, with most areas seeing 2-7 cm. The Snowfall will be seen spreading towards southern Quebec, New Brunswick, and Nova Scotia overnight, this will gradually mix with, Nova Scotia and southern New Brunswick and change to rain by Thursday.

A heavy amount of snowfall is expected across southern Quebec and New Brunswick through Friday, where amounts will likely be in excess of 20 cm, though some areas could see between 30-40 cm.

In the Maritimes and Newfoundland region there’s will be low pressure but it will change into snowfall with this coming weekend, it could amount to 15-20 cm in some areas.

Pacific storm can be seen by this Thursday heading towards the Vancouver Island and the Lower Mainland of BC, Rainfall will overspread most of central and southern BC, with rain near the coast and snow inland.

Moderate to Heavy snowfall can be seen towards Rockies late on Thursday, this snow could pass through Alberta disturbing areas along the BC border. Light snow may also be present in the most northern areas of Alberta.

So, make sure to be aware of the changing weather, travelers must keep umbrellas for the rainfall and snow.