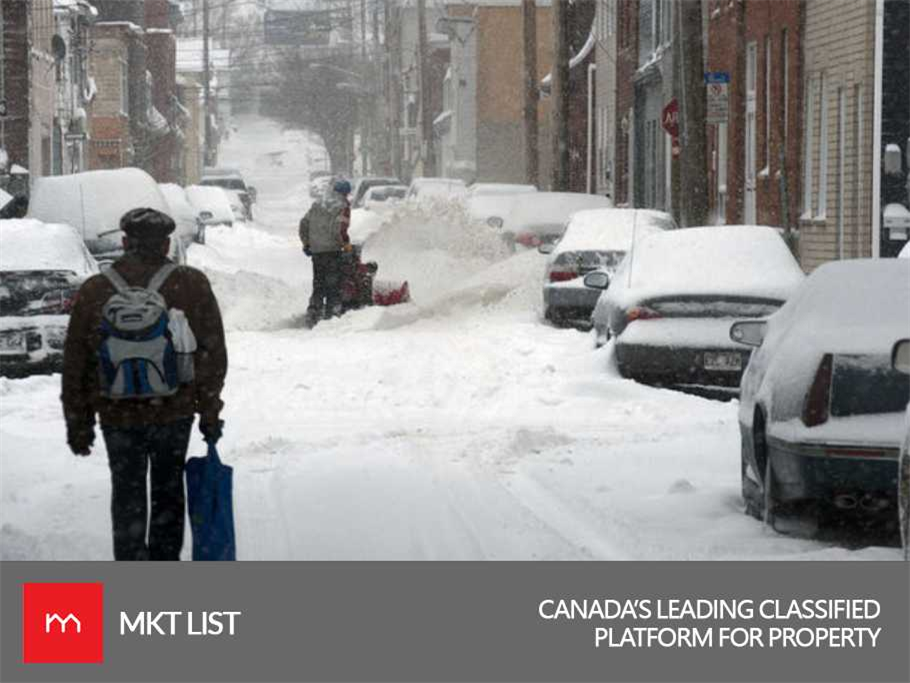 Spring, where are you? Well it seems this winter is not going away any time soon.

A Huge amount of snowfall is headed towards Quebec and its high alert for all the citizens. These are the places where the alert is being active, Vaudreuil-Soulanges, the Eastern Townships, Charlevoix and Beauce regions.

The weather update suggests up to 25 centimeters of snow to be expected by Wednesday evening.

It warns that accumulating snow could build up on highways, roads, walkways and parking lots.

A chaotic combination of snow, high winds and storm rushes are in store for the Gaspé, where up to 40 centimeters of snow is expected.

Storm outpouring cautions are also in effect for Rimouski, Matane, Sainte-Anne-des-Monts and Kamouraska, where water levels are slated to rise starting Wednesday morning.

Montreal is at Risk as well

Although Montreal is not under the radar for snow still it’s not spared from the upcoming winter weather.

There could be up to 12 centimeters of snow on the ground by the end of Tuesday, according to the weather forecast.

Expected Snowfall is to continue in Montreal during the week, with another four centimeters of snow by Wednesday, followed by phases of snow on Thursday.

Stay safe people try to avoid going out when there is a high risk of fatality.