When Dreams Become a Reality: A Brief Canadian History! 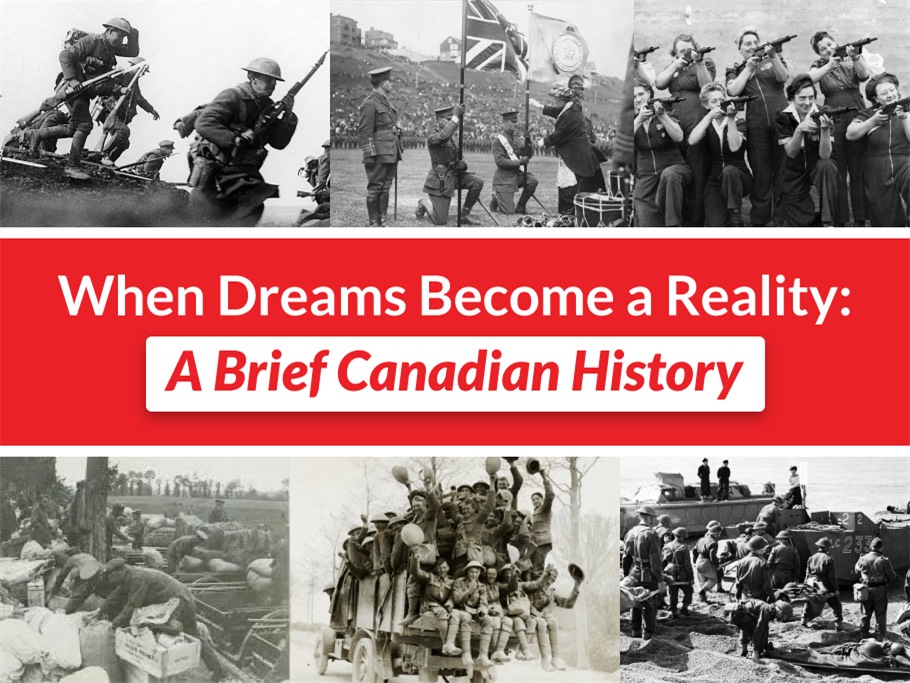 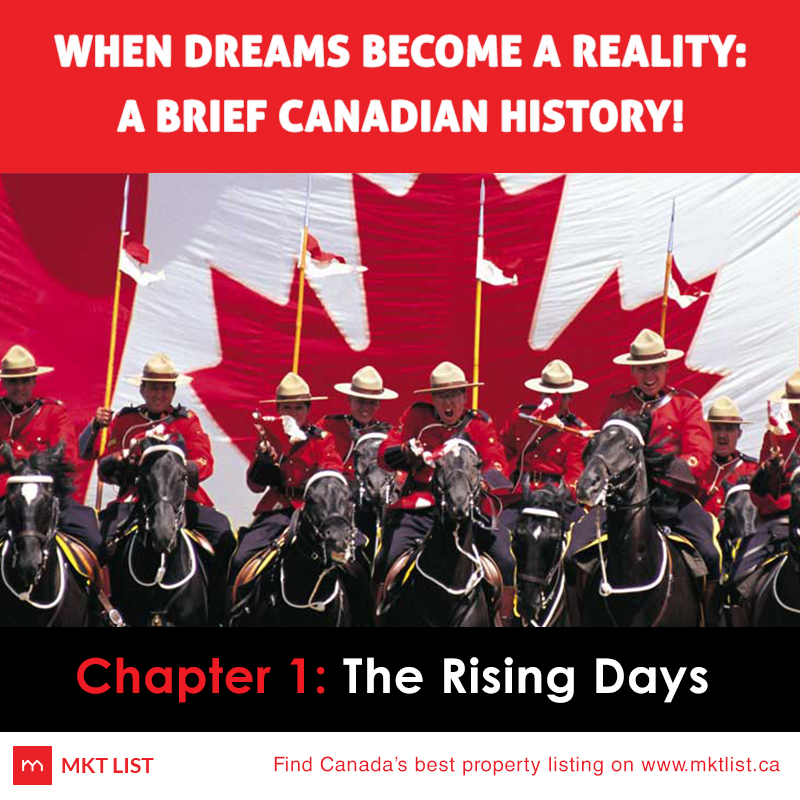 “It was Canada from the Atlantic to the Pacific on parade. I thought then, and I think today, that in those few moments I witnessed the birth of a nation.” - Brigadier General Alexander Ross

It was another fine Sunday morning, clock struck 7:00 am, when I awoke by the chirping of birds near my room’s window, amused by the fact that I have been given another day. Though I sometimes feel that 70 years of this life are enough for anyone who has lived his life to the fullest and has no regret over his past. I have served my nation with my military powers for 25 consecutive years and after retirement, I am all here with my dreams and memories, and visions of seeing my children walking on the same road. As I was thinking all these, there was a sudden interruption to my thoughts with a knock on the door. I knew who the person was; my youngest and perhaps the closest grandson, Carter, whom I share a very profound relationship.

It was Sunday and I knew what he was up to; a long morning walk in the nearby park and a story that boosts him up. It is our habit since he was just 3 years old, he has just celebrated his 12th birthday. I refreshed and began walking with him with a story in my mind – a story quite different from the ones I told him because I realized the time was just right for that.

As we sat after a quiet, meditating walk, I began telling him what I had been longing to tell. The wind howled through me as if trying to whirl me back in the past. I took up a broken maple leaf from the ground and my memories started to scream…

The story of Canada: it wasn’t that it initiated in a day or two it was the efforts and visions of many. When the place we now called Canada was explored by Europeans it was seen that many communities were living there, called as Natives or Aboriginals peoples. Among them, Huron-Wendat, Cree and Dene, Sioux, and Inuit. They were mostly farmers and hunters. Many aboriginals died of the diseases brought by Europeans at that time as they lacked immunity. The first Europeans VIKINGS were from Iceland. They explored Labrador and the island of Newfoundland.

As I was telling him, he showed no sign of tiredness. That’s what I like about him the most.

It was 1497 when John Cabot, a navigator, presented Canada’s East Coast. After a long gap, people started digging more into this hidden place. It was by the efforts of Jacques Cartier we have our Quebec City and Montreal as he explored St. Lawrence River through his voyages between 1534 and 1542. When 1604 arrived, European were strong enough to build a settlement. Two French explorers Pierre de Monts and Samuel de Champlain were behind this settlement. They first chose St. Croix Island (now Maine), then at Port-Royal, in Acadia (now Nova Scotia).

It was by the works of Champlain, in 1604, a place, we now called Quebec was built. There were several colonies by then, such as Algonquin, Montagnais, and Huron who battled against the harsh climate and also against Iroquois (they were five nations people of Mohawk, Onondaga, Oneida, Cayuga, and Seneca). The French and the Iroquois fought with each other for a century until 1701, they united. The French and Aboriginals the lived happily with fur-trading and spread against the Hudson Bay to the Gulf of Mexico, in North America by prominent European leaders like Jean Talon, Bishop Laval, and Count Frontenac. Everything was running smoothly until 1670…

I stopped him in between and said, “I know you have many questions in your mind but please think about them for the rest of the week and discuss with me next Sunday.”

It was already 10:00 am on my dial, he accepted that and we began to rush towards home as we both were much hungry.

What happened after 1670? Will Carter be able to depict? Stay tuned for the next chapter.