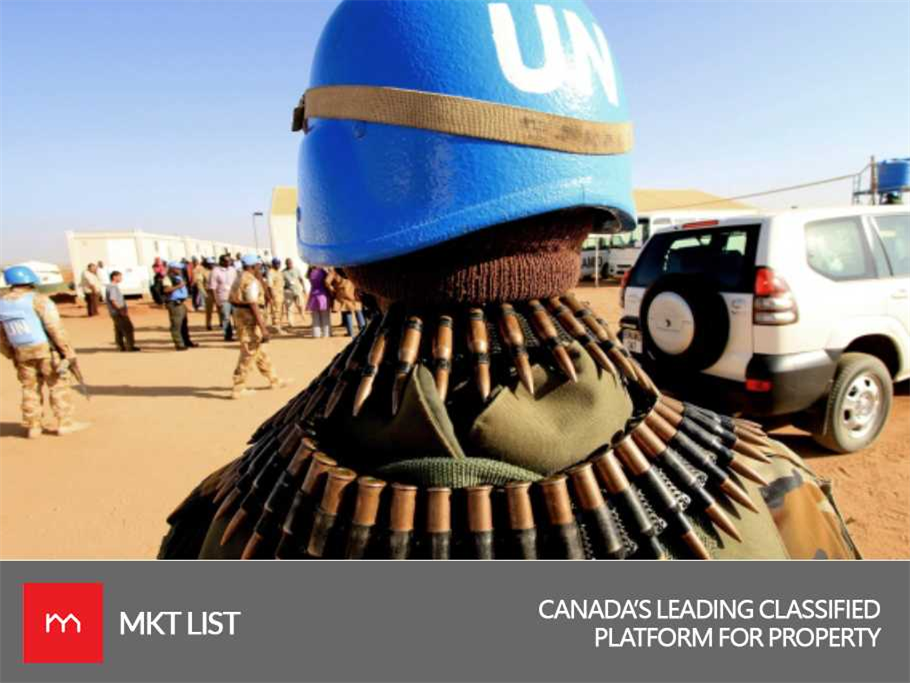 The recent Canadian Mali Mission suggests that there should be more presence of the female in this government mission as to have them as peacekeepers to change Canada’s face in this peacekeeping raid and to set a better example of Canada.

Foreign Affairs Minister Chrystia Freeland and Defence Minister Harjit Sajjan together will reveal the basis of this Mali’s mission. They up till now said to enforce six military helicopters positioned around the raid area.

These military helicopters, which will somehow look like Chinook helicopters, will comprise of some medical accessories in case of emergency, and also the logistical support will be provided. Also, small Griffons will be there to get hold of some of the larger transports and will be used as armed bodyguards.

Any official announcements haven’t been made yet, so it is impossible to propose the exact numbers of the helicopters.

As it is decided to send the military helicopters to Mali for the peacekeeping mission, the United States promises the Trudeau government to provide their support through such aircraft in future.

Canada, on the other side, also will avail the opportunity to set a good example as it is shown in another commitment made in Vancouver by female peacekeepers.

The UN has made another point by saying that there will be 15 percent female representatives in the military as peacekeepers and 20 percent as police officers, by 2020.

Still, many countries are failed to meet those targets including Canada. Justin Trudeau also made several measures in Vancouver in order to overcome the issues.

At the end of February, out of 19 Canadian police officers, only five were women, parallels to 26 percent. And in 22 military personnel, only 2 were female, equals to 9 percent.

Canada is working on this idea by attempting to send women in the Mali mission. Canada suggested that there will be some female representatives among the 200 to 250 military personnel.

"One of the key things that we committed to in Vancouver was to increase the participation of women in missions, and we will be seeking to meet our objectives as much as possible," the official said.

"So within that entire deployment, we will seek as much as possible to meet our objectives to increase the number of women."

The Canadian helicopters will first make their way to the northern city of Gao, which will be the main platform for the Mali mission. Here, Islamic extremists and Tuareg rebels are very prevailing. Canada is expected to take over from the Belgians, who are currently in the midst of replacing the Germans after filling the gap for several years.

The country is hoped to cover the Belgians as they are trying to replace the Germans for so many years.

This plan will be shifted to the countries like Jordan or Netherlands in 2019. Trudeau has made contacts with both the countries’ officials.

Mali is the basis of Canada’s peacekeeping mission for so long after the Liberals fulfilled the promise to return to UN Mission during the last federal election.

The government was initially very doubtful of this mission since 2013 many peacekeepers killed during this mission. So, it is a dangerous one.

These peacekeepers who were killed belonged to developing countries, whose duty was to guard and watch the attacks from the militants and rebels.

Due to faults in the helicopter, two Germans were killed in 2017 and because of the same technical error, two peacekeepers from the Netherlands also died in 2015.

The operation would be at greater risks when there’re harsh climatic conditions, as a foreign diplomat said to the Canadian press.

"There are no concerns about anti-aircraft weapons. So it's safe," the diplomat said.

"The issues that might cause a challenge are more the climate: it's the strong winds with the sands in the desert, which are really tough for highly sophisticated helicopters. That and the heat."