‘We will Take Back Ontario’ – Doug Ford Meets his Supporters! 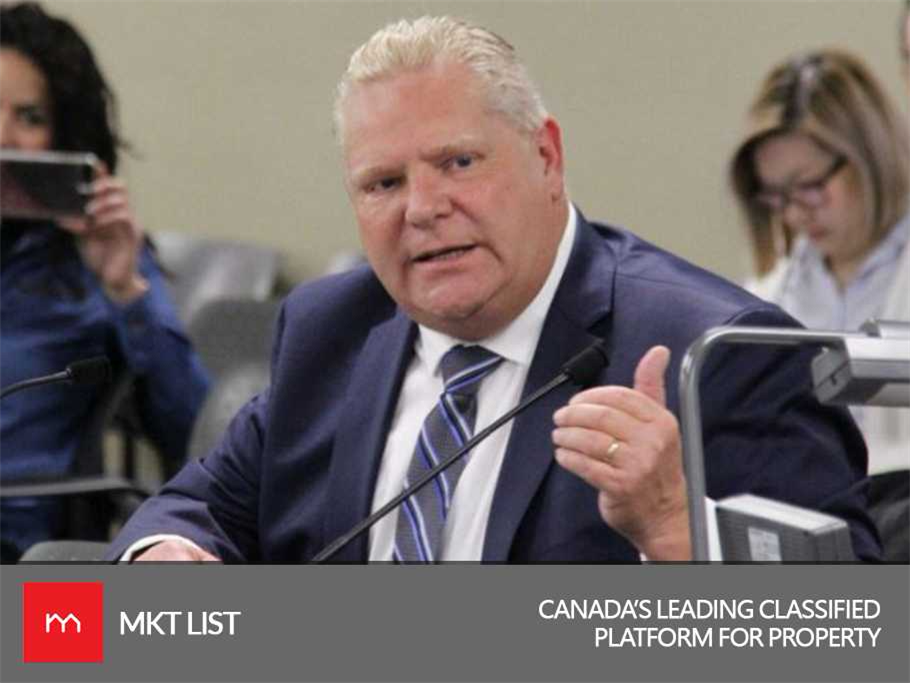 Doug Ford in his recent meeting told his supporters he is going to take back Ontario as it has become his first major task to do since he became the leader of the Progressive Conservative party.

During his first ever meeting in Toronto he said that he is very hopeful to get many votes from Ontario as the people do not like the Liberal Premier Kathleen Wynne.

Ford has made his party to catch many votes from the supporters of Loyal Liberal or NDP.

"It's not about being red or being blue, it's about turning this province around,'' he said.

He focused mainly on the financial state of the government as to his opinion; it has been lost by Wynne’s government.

In his recent speech, he has promised to pay significant attention towards the health care system of the country and to make it better.

Related: Doug Ford PC leadership: Is it Going to Be A Blessing or Just a Curse?

"Today, Kathleen wrote a lot of cheques with the taxpayers' bank account,'' he said.

"We all know the finances of this province, and I can tell you, all those cheques are going to end up bouncing.''

He received many taunts from the audience whenever there were words about Wynne. "Boy, we got a rambunctious group tonight,'' Ford responded at one point.

He said to his supporters that many jobs are to be opened in the manufacturing sector in Ontario as this province is known to be the “economic engine” of the country.

He claimed that during his government the Ontario will become friendlier in terms of business relationships with the U.S. and many other countries.

He proposed that mining of natural resources should be done in the Northern Ontario to get more advantages from these resources. "If I have to hop on a bulldozer myself,'' he said.

According to Ford, as soon as the province gets back to his previous pace by cutting taxes and hydro rates, it will get much prosperity anyone has ever imagined.

Before the start of his speech, Ford accompanied Christine Elliott, Caroline Mulroney, and Tanya Granic Allen; all three were beaten by Ford in the Leadership race.

This Leadership conference was initiated by the sudden-dismiss of the former leader Patrick Brown who was terminated in-charge of sexual harassment, but he strongly denied the allegations.

"He's very friendly, and he cares about people,'' said Maria Lam, a longtime supporter of Ford as a Toronto city councilor.

"He seems really sincere,'' agreed Susan Rowe. She said Ford always had been on the top of the list in the Leadership race.

"I'm not a supporter of high taxes,'' said Andy Ramos, who works in the pharmaceutical industry.

He said that Donald Trump worked to make America out of carbon taxes. He will also do the same efforts to make the country deprive of the carbon taxes.

"We need to get rid of the carbon tax,'' said Miguel Gonzalez, who attended the rally with his mother, Erika Gonzalez.

Erika found Ford’s government as the best one. Gonzalez, who is a teacher and teaches the students of one, two, and three grades; said that sex-education should be reviewed as it is “age-inappropriate”.

"I'm happy to back whoever is going to take on Kathleen Wynne,'' he said.