747 Jet Skids Off at the Halifax Runaway Due to Strong Winds!

The flight, which was coming from Chicago after completing a 2.30 hours flight was supposed to be filled with live lobster to make a move to China. 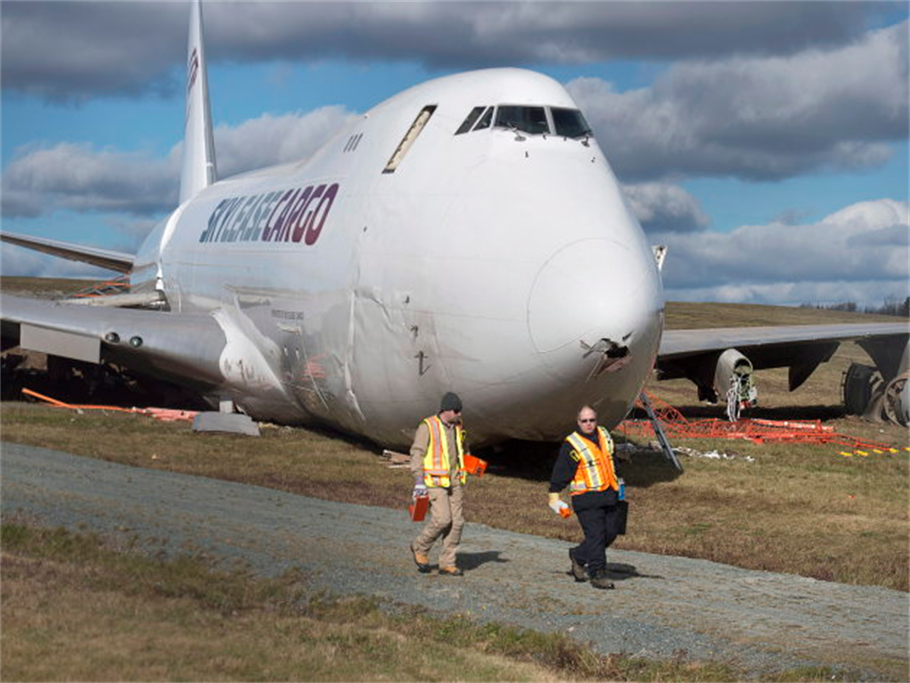 HALIFAX – The Boeing Cargo Jet 747 skidded off the runaway in Halifax due to rainy weather. According to the Transportation Safety Board of Canada, the jet was affected by the crosswind.

Onboard were 4 crew members who suffered minor injuries. As for the plane, it was severely damaged as it skidded 210 meters off the runway end at the Halifax International Airport.

The landing gear broke as the plane did a slide on the runaway, moving to grassy base hitting a big antenna. The two engines of four were affected, resulting in a fire under the section of the tail.

"I believe it was the pilot's request (to use) that runway, but that's preliminary," lead investigator Austin Adams told to the media at a hotel near the airport.

According to him, the weather 7 minutes before the landing was the wind at 33 km/h from the west at 250’.

“The aircraft, headed in a southeasterly direction, was hit by a strong crosswind, which included the potential for a "quarterly tailwind," Adams stated. "Ideally an airplane wants to land into the wind,"

Larry Vance, aviation analyst doubts that the airplane landed with a tailwind which according to him is “immediate red flag”.

Ideally, airplanes are designed to land with tailwinds and crosswinds, these in cases giving more control to the pilots. But then, planes have limitations and designs which are different and work differently.

The flight, which was coming from Chicago after completing a 2.30 hours flight was supposed to be filled with live lobster to make a move to China.