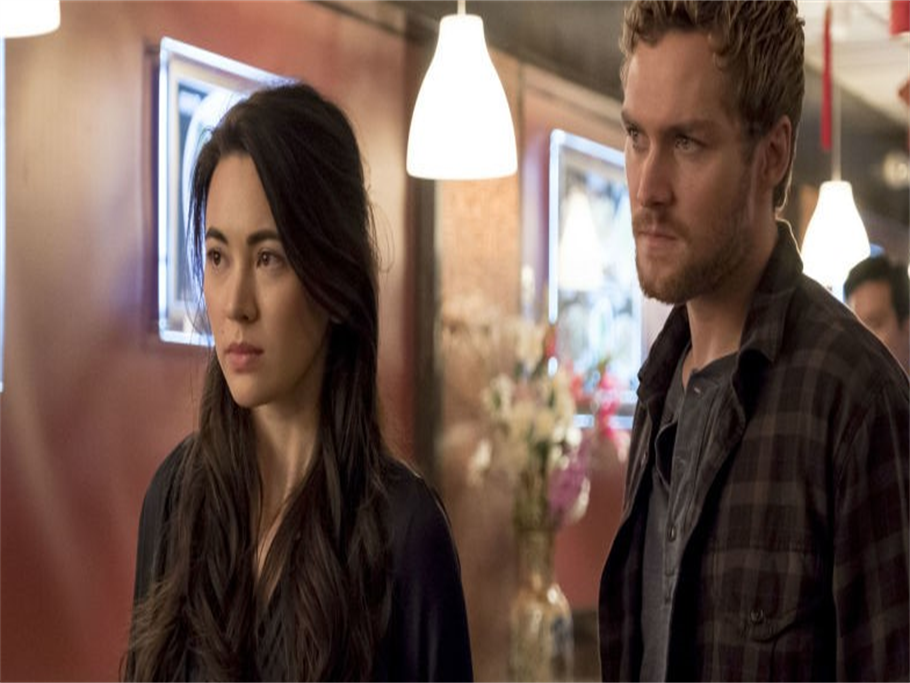 Marvel’s most criticized Netflix show Iron Fist came back with a new season last week. While definitely being an improvement on the shoddy first season, season two still fails to live up to its sibling Netflix shows.

The sophomore season’s screenwriters have thankfully not looked towards the lackluster storytelling of the first season, as is evident from the more streamlined flow of events in each episode. Plot twists are much more effectively placed and don’t seem forced. The main story and the side storylines connect much more effectively this time around without being a burden on each other. K’un-Lun, as usual, is referenced many times but not much of it is shown.

Reducing the number of episodes from 13 to 10 was perhaps the best decision the producers ever made for the show. The reduced episode count means less irrelevant plot points and storylines. The show does get a little bleak halfway into the 2nd half of the season when all you’re waiting for is the inevitable final showdown, but it’s not totally unbearable.

There is a dramatic shift from the plain and uninteresting action sequences of last season. Right on from episode 1, the improvement in this aspect of the show is evident. The fight scenes are much better choreographed, much more fast paced and have less use of stunt doubles too as Finn Jones reportedly trained a lot for this season.

However, don’t get your hopes up too high as the fight sequences are still no match for the perfectly choreographed action scenes of Daredevil season 1.

It seems the show runners have finally realized what their weakest link is – the main character. Danny Rand (Finn Jones) is still the main focus of the show, but much less so than the previous season. Although the character has grown a lot and Finn Jones’ portrayal of the main character has improved too, he’s still nowhere near up to the standard of Marvel’s other Netflix heroes.

Season 2’s Danny is much less cocky and self-righteous. The sophomore seasons of Luke Cage and Jessica Jones seem to have completely ignored the events of the Defenders, but that is fortunately not the case here. Matt Murdock’s death at the end of Defenders has left a lasting impact on Danny and affects some of his decisions this season.

A lot of emphases is given to the development of all the side characters this season, especially Colleen Wing (Jessica Henwick). The fans have always preferred the supporting characters of the show more than the main character and it seems the showrunners have finally listened.

The relationship of the Meachum siblings is tested further this season, and their internal conflicts are showcased too. The addition of Misty Knight from Luke Cage to the list of supporting characters is a welcome one. Colleen and Misty make one badass crime-fighting duo, maybe foreshadowing a possible Daughters of the Dragon spinoff series? (PLEASE NETFLIX!!)

Mary Walker (Alice Eve) AKA Typhoid Mary proves to be one of the most compelling and gripping characters this season. Neither black nor white, you’ll surely get a lot of anti-hero/anti-villain vibes from her, akin to her comic book counterpart. Fortunately, her story is not finished this season so expect to see her in season 3, with perhaps a certain change…..

One of the aspects the show failed to improve on is the season’s big-bad villain. Even though the antagonist this time around is much more personal and close to the main character, Davos (Sacha Dhawan) AKA The Steel Serpent fails to have the presence we’re accustomed to seeing in the villains of Marvel’s other Netflix shows.

Davos is after the Iron Fist, which he claims to be his birthright and not Danny’s. Whether he succeeds or not we cannot say but we can tell you to anticipate some fast paced action scenes where Davos is involved. What the show does get right on Davos is his character development; using many K’un-Lun flashbacks to make us better understand the depth of this season’s antagonist.

Season 1 left the show in a very big hole, which season 2 partly succeeds in crawling out of. The show has finally embraced the fact that its supporting characters are much more interesting than its lead protagonist and successfully shifts the spotlight this time towards them, with one character in particular standing out. The ending scenes are intriguing and will leave you actually anticipating the next season, unlike last time.