Justin Bieber is Totally a Tattoo Freak, Here’s How Many Hours He Spent on Imprinting! 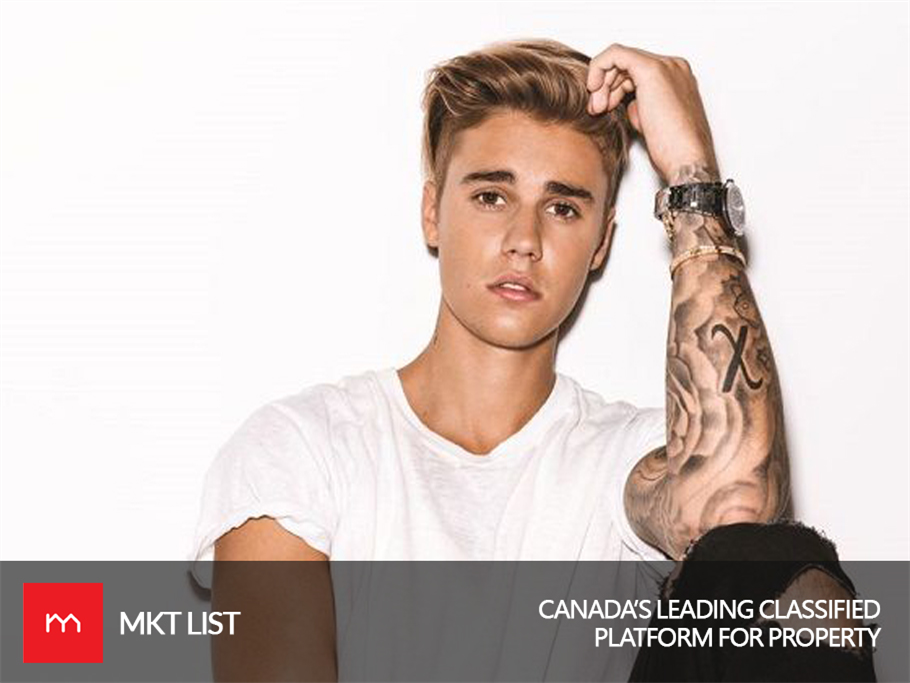 It seems that Justin Bieber is totally a tattoo freak as he spent hours on getting himself imprinted by inky tattoos!

Start counting on your fingers the number of tattoos he has got. He has been carved with the tattoo of a lion and a bear on his pecs, and a tiger roaring on his one arm. A sign of a cross on the center of his chest covering the area of his heart. Also, he has got angel wings with words like, “Son of God”, ‘Forgive,” and “Purpose”, maybe he feels himself an angel. *wink* playing with numbers, he has a tattoo of Roman numerals I IX VII V, which in English are 1-9-7-5 indicating 1975; a birth year of his mother Pattie Mallette whom he loved much. 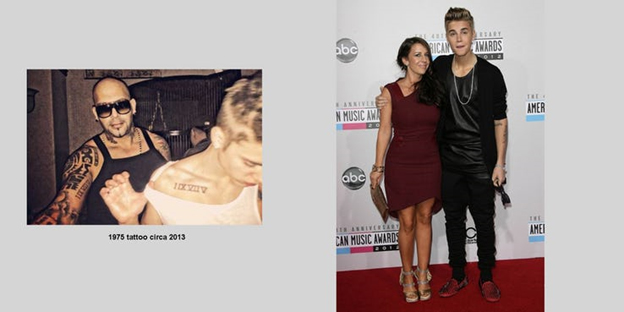 I don’t know why but he seemed to idolize a Native American chief as his tattoo is on his back. Another one on the back of his one leg, a tattoo of a praying hands. Jesus on his one leg front. A mighty owl on one arm. He also has been carved with a Bible verses, Psalm 199:105 “Your word is the lamp for my feet, a light on my path,” on the back of his right shoulder.

It is estimated that for all these tattoos on his entire body, he spent for over one hundred hours. It is really a long time. He paid the New York-based tattoo artist, Keith “Bang Bang” McCurdy for his chest tattoo work. It required a three says long sessions which is equal to 26 hours spread for over three consecutive days. Ah! Didn’t he hurt with the needle piercing? *argh* McCurdy says Bieber is “tough as nails.” 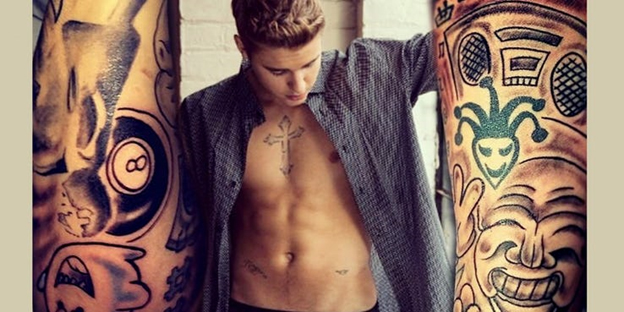 He began to amuse the tattoo art when he was just a teenager of 14 years old. Bieber has a total of 60 tattoos all over his body. His fans and followers very much know this through his Instagram photos. Besides that, he also keeps some of his inky body marks private. He has no regret or shame about this and he loves getting his body carved by tattoos.

Mostly, his tattoos resemble his religious affinity. While some show his personal relationships. Far off, when he and Selena were together, he got a tattoo of her on one wrist. Soon after their break up, he bit of hiding it, although, everyone knows he still has it there.

Related: Does Selena’s Mother Not Like Her Daughter’s Relationship with Bieber? Why so!

People hope that the two would get everything I between themselves and would reunite after Selena broke up with The Weeknd. They continued their on-and-off relationship and shared some happy moments together, but Selena’s mom is strictly against their relationship. Soon after that, they decided to keep a little distance for sometimes, but Bieber really wants to be with her again. If he really wants this, then he should use some laser technology or bleaching to undo the hiding of Selena’s tattoo on his wrist to show her his sincere love. 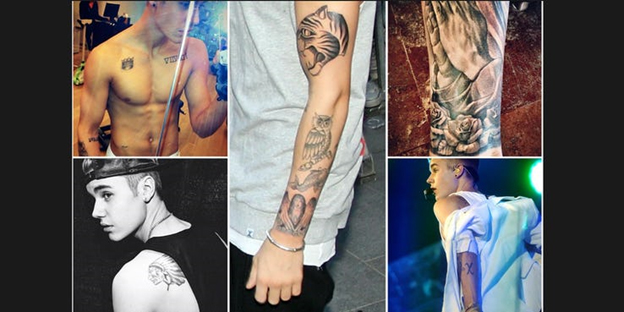 Well, whatever we think of this, it is sure that his collections correspond with his personality in a musical way. As the tattoo artwork on his body is completed now, it surely many of you with the artworks present in Sistine Chapel.